I’ll be writing these about once a month… he’s the first! 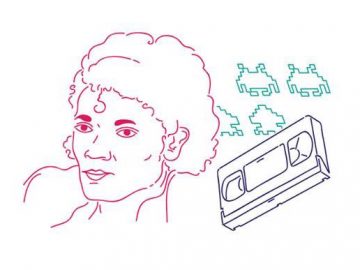 “You are More Than the Sum of What you Consume”: Generation X and Consumer...

by Mindy Clegg Public discussions of generations lately most often only focus on two generations–the boomers (1946-1965?) and millennials (1985-2000?). Yet many in our culture do not identify with either. One such group, Gen X, represents a midpoint...

That felt like a brain cleansing to read. Thank you.

I even remember a makeup ad from the 80s celebrating the proliferation of subcultures (more makeup styles means more makeup sold, apparently). It always feels so strange to read those “we all watched this and thought that” articles you’ve been passing along.

That felt like a brain cleansing to read. Thank you.

Glad you enjoyed it!

I almost wrote “brain wash” before I remembered the implications of that.

But yeah, cleansing, like it took the inaccurate ideas away.

Please tell us when the others come up, I really enjoyed this one, and look forward to more.

I will! Glad you enjoyed it!

But yeah, cleansing, like it took the inaccurate ideas away. 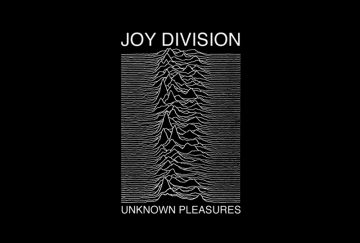 “We Were Strangers”: The Ballardian Soundscaping of Unknown Pleasures | 3...

by Mindy Clegg Forty years ago, a band from Manchester recorded and released their first full length album. It arrived after a year or so of gigs, an EP, and several tracks on a sampler LP put out by their new (and newly created) label, Factory...

Let me know what you think!

I was always told “dancing about architecture” came from Frank Zappa. Guess they were all at the same party.

One of the things I realised while reading the essay was that, although I’ve owned that album since the 90s (late to the party as always, but I get there in the end), and although I still listen to it multiple times a year, I still don’t know the titles of all the songs. Even though they’re distinct, the album is such an edifice it’s never seemed important. It’s more of an experience than a piece of music. Listening to clips from the videos you embedded, I could almost smell every living room, kitchen, bus, car I’d ever listened to the album in.

I think you captured the distinction between punk and post-punk in a very clear, accessible way – very important now that there are fewer of us who just know.

On a personal note, it is immensely refreshing to read about this topic written from a place of expertise rather than arrogance or wanting to be seen as cool and clever. I was lectured about the Ballard connection to Joy Division for years by music geeks, but this feels life the first time that I feel like I get it. And you didn’t go on about sex in post-industrial wastelands at all, or Ballard’s perceived perversions – how about that.

Sorry this is getting very reader response – Joy Division isn’t something I’ve ever got to talk to other people about. Listen yes, but not talk.

Still a spot on my bookshelf waiting beside Lipstick Traces.

I was always told “dancing about architecture” came from Frank Zappa. Guess they were all at the same party.

I’ve heard that too, but also Martin Mull, Anderson, and Martin… where it original came from I really don’t know… But it’s a good quote, for sure!

Yeah, this was some of the background of what Curtis was reading around this time (along with Burroughs and Michael Moorcock, who I need to start reading his stuff, as I never have). But I feel like some music geeks like to believe it makes them deeper that they get the Ballard stuff.

I think you captured the distinction between punk and post-punk in a very clear, accessible way – very important now that there are fewer of us who just know.

That’s good to know! I think it’s an important one to make. I was never huge into punk nor did I consider myself a punk, but pretty much all the underground music I love really started because of punk, I think.

And you didn’t go on about sex in post-industrial wastelands at all, or Ballard’s perceived perversions

I’ve always thought the interesting stuff about Ballard was his take on consumerism and the social damage it does to people.

Sorry this is getting very reader response

I love to hear it! Keep it up!

Joy Division isn’t something I’ve ever got to talk to other people about. Listen yes, but not talk.

Have you picked up Jon Savages new book, then? It’s an oral history, and probably the one that’s the most informative. That would fit nicely next to Lipstick Traces…

I’ve enjoyed both of these pieces.

Although both effectively made their point, there were a couple of places in each where it felt like you had diverted into another essay, with a different thesis, before returning to the main point.

For example, this piece was largely about the meaning of Joy Division’s songs; the paragraphs on Joy Division’s soundwise influence and lyrical prowess, dropped in without much of a segue, don’t really seem to fit, or, at least, not in that spot of the essay.

Past that, it was really informative. I learned a lot about Ballardianism and Punk music. The only other minor note I’d offer is that I don’t like how you’re doing the footnotes, collecting them at the bottom of each paragraph. For instance, I would have been a lot less confused if I thought that footnote 1 was going to explain “dancing about architecture” (a phrase I had already given up on understanding by the end of the paragraph) rather than what “Ballardian” meant (explained later in the essay rather than the footnote).

I look forward to next month’s!

Cool! thanks for the constructive criticism, as it always helps! Some of that is just how my mind works, I think, so maybe I need to work on making things connect for the reader a bit better?

I’ll think about the footnotes a bit more. The first time, I just posted them so they didn’t work. I had to learn how to put them in via HTML, so that was a short learning curve, but I’ve got it now, so I’ll be more specific with them in the future, I think.

As someone who ignores lyrics for the most part, and listens only for the instrumental parts, this was really interesting. I’ll have to listen to some Joy Division, as I missed a lot of music from disco to now. (!) With a lot of exceptions; for example, I learned that New Order was descended from them (after the lead singer’s suicide) only because I happened to hear Blue Monday and fell in love with it, due to the electronics and tempo.

Yeah, their lyrics always sound good, but they are often nonsense. I think that Bernard Sumner was trying to sound somewhat like Ian Curtis, really. They are meaningless, often, but they really do work… 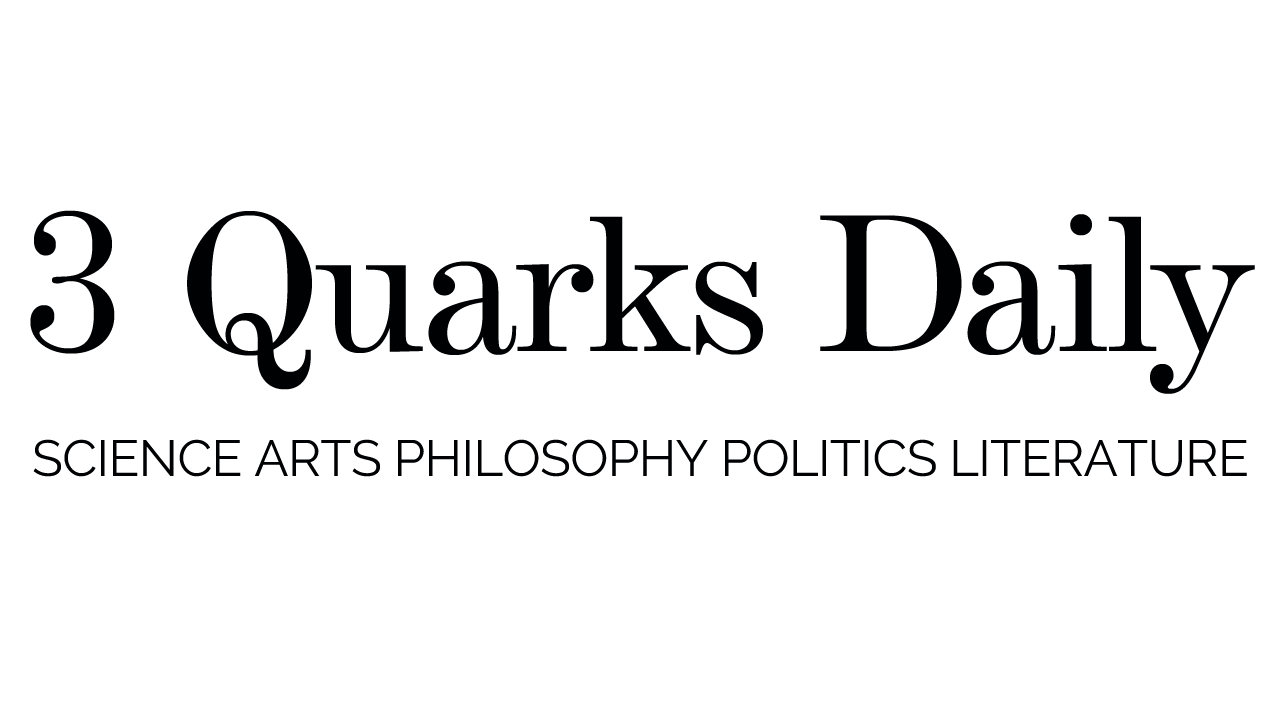 To Boldly Go with the Force: Popular Culture as Political Discourse | 3...

by Mindy Clegg In recent years, social and political conflicts over fandom emerged into general public consciousness. Both Captain Marvel and the upcoming film Joker illustrate the point. Both films stirred contentious debates around gender this past...

I see TOP has an article on this!

Yeah, Ken read it and asked if I minded if he put it up and wanted to know if I’d like to be referenced to my commenting profile, which I said no to… but people are putting 2+2 together anyway, so I’ve been asking people not mention me personally there.

But more importantly, it’s starting a good conversation there, which I’m pleased about! Mostly about Star Trek, though, not as much on Star Wars yet. 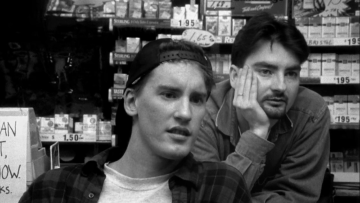 by Mindy Clegg In 1994, Miramax Pictures released a small, independently made film by an unknown director from New Jersey named Kevin Smith. Made for a mere $27,000 (maxing out credit cards and the proceeds from selling his comic collection), the...

Forgot to post this last week! It’s a history of the future! 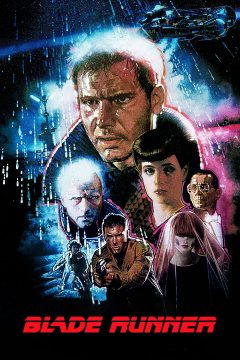 “Like Tears in Rain”: A Pop Cultural History of the Future | 3 Quarks Daily

by Mindy Clegg Welcome to the future, which is now the past. As James Gleick argued (in his thoughtful and entertaining book, Time Travel: A History) the concept of the future is now fodder for historical understanding. As Gleick notes in his book,...