If they weren’t dangerous, neo-Nazis would be ridiculous.

There are effective parodies. There is “Are we the baddies?” There are “National Feminist” marauders in The Star Fraction.

There is also the tendency for “ironic Nazis” to turn into actual Nazis, so it’s something to be careful about.

There is also the problem that parodying racism can give undo cover to actual racism, or reinforce Nazi fears of “white genocide,” or reinforce other racial prejudices. For example, Elizabeth Gould Davis’s comments about “Celtic feminism” and “Teutonic-Semitic patriarchy” are frakked up-- and not beyond any recognition.

Here are some very lucid thoughts on the subject from 2006:

SPIEGEL Interview with Mel Brooks: �With Comedy, We Can Rob Hitler of his...

Jewish comic actor Mel Brooks talks about Hitler as a comical character, the limits of humor and his latest film �The Producers,� which hits screens in Germany and other European countries this week.

Chaplin himself was always uncomfortable with his response to Hitler; he feared that his satire may have backfired.

It certainly isn’t a time for ironic subtlety. Bring on the folk singers.

OTOH, folk songs can get parodic too:

Unfortunately, that sort of thing risks underplaying the danger. That one’s a song for before they seize power.

Slightly tangential: there is still a role for satire. But it’s probably better targeted at radicalising the left [1] rather than critiquing the right.

For a classic example…

[1] Which is rather necessary at the moment. If you want to fight fascism, socialists and anarchists are your most reliable people.

And just in time, directly on topic: 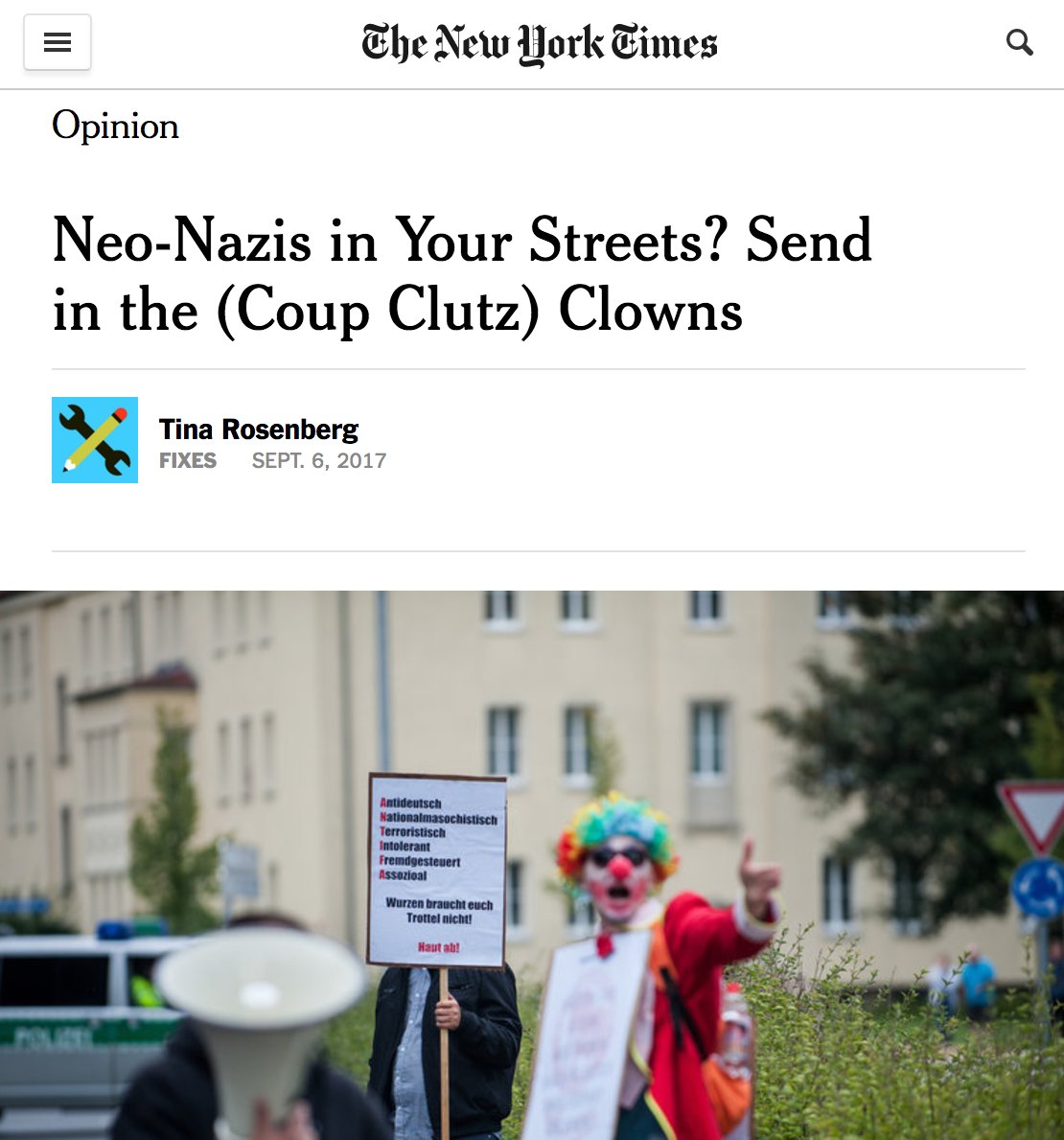 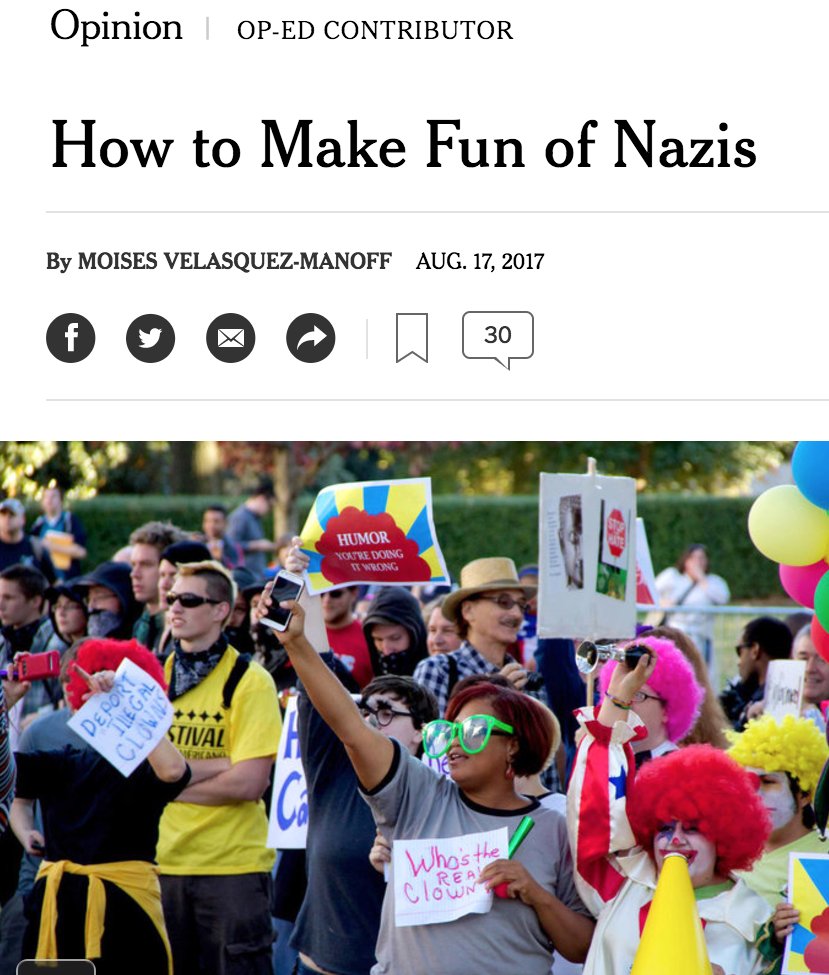 If it were another paper, I’d just say they were idiots. As it’s the NYT, I suspect that they’re deliberately trying to get people killed.

As it’s the NYT, I suspect that they’re deliberately trying to get people killed.

What in the fuck

What in the fuck

Intended to be somewhat snarky; apologies if the tone didn’t come across.

However, the output of several of their writers and their overall editorial direction suggests that the NYT is actively working for Trump.