I’ve been checking in on the Mycroft project, with aspirations towards building one myself. Time being ever elusive, I settled into the idea of just purchasing one of their Mark I units the other night, only to discover this: 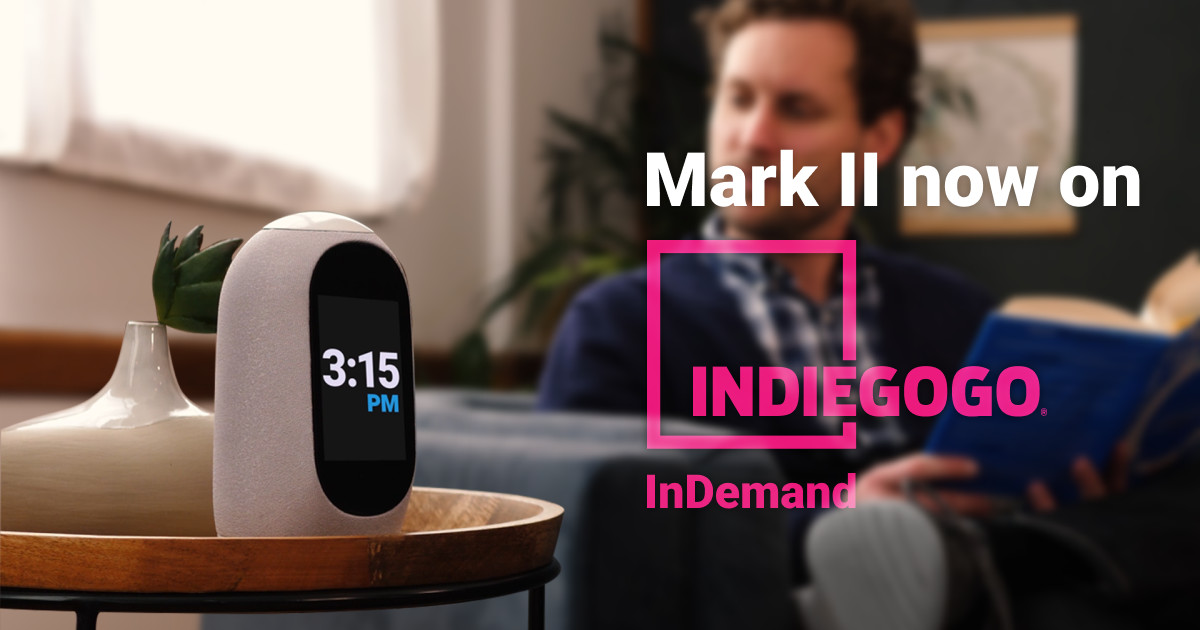 The open answer to Amazon Echo, Mycroft brings you the power of voice while maintaining your privacy | Check out 'Mycroft Mark II: The Open Voice Assistant' on Indiegogo.

That puts a deadline on my end of the bargain. Maybe I’ll try to build one from scratch anyway to see how well I can integrate it into my current systems and make this a drop-in replacement. It’s not like they’re likely to meet the 12/2018 deadline anyway…

If nothing else, I’ll have plenty of #content if I can get around to it…

Full disclosure: This is in no way an endorsement/admonishment of crowd funding, merely documenting my impulse purchase that will allow me to (hopefully) be able to set timers with my voice 9+ months from now.

I’m playing with Pi-croft and I keep wavering on the MyCroft 2. (I’m using Google’s AIY Voice kit and there is a build for it)

I have it working at default after a few false starts. Now I just need to decide why I need one.

I will say, I’m signed up to the github for it and it is somewhat active. I’ll take that as a good sign.

Ideally, I’d like it to randomly correct once in awhile regardless.

Now I just need to decide why I need one.

I’m already on the OpenHAB bandwagon, so it’s slightly easier for me to justify. I will occasionally see a deal on a Google Home or Home Mini, and consider going down that rabbit hole. By committing to MyCroft, I can avoid most of the entanglements that a connected assistant involves.

I haven’t seen anything about it, but I think it would be handy to allow it to use multiple identities. That would be a quicker way to multi-user functionality instead of having to distinguish who is talking. My wife could call it one name, and I could call it another.

That would be a quicker way to multi-user functionality

That is a wonderful idea that had not occurred to me.

The functionality is there to change the activation phrase. I believe there are 4 baked in ones and then the means to create a new one, I’ve just not found the documentation on configuring it

I wasn’t able to find a guide on changing it, but there are several references to a wake word in the mycroft.conf:

Learn about your mycroft.conf Mycroft configuration file - where it's held, order of precedence and the data that it contains about your Mycroft conf.

At first glance, it looks like you’d need to change it in more than one place, though not necessarily all of them depending upon which listener you’re using. 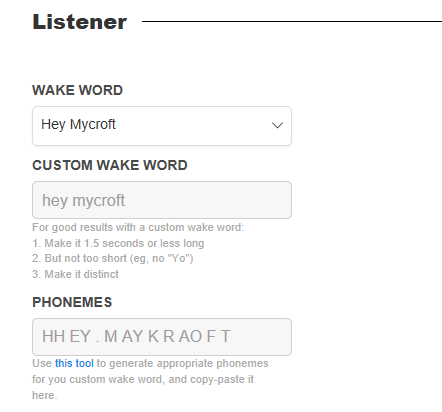 Found this and I don’t remember that “This Tool” link last time I was fiddling. 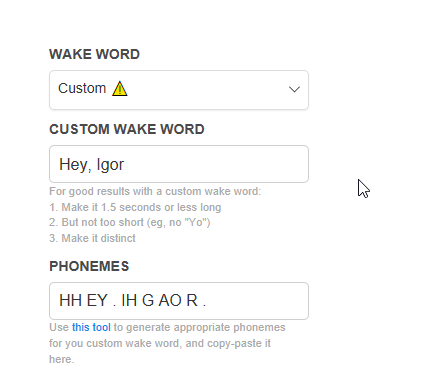 My pi-croft has the Sarcasm Skill installed. I believe I can edit this to give me - at the very least - an occasional “No, it’s pronounced eye-gore” when it doesn’t understand my command