That Canadian diplomats have also been targeted tells me whoever’s doing it can’t tell the difference – or simply doesn’t care. 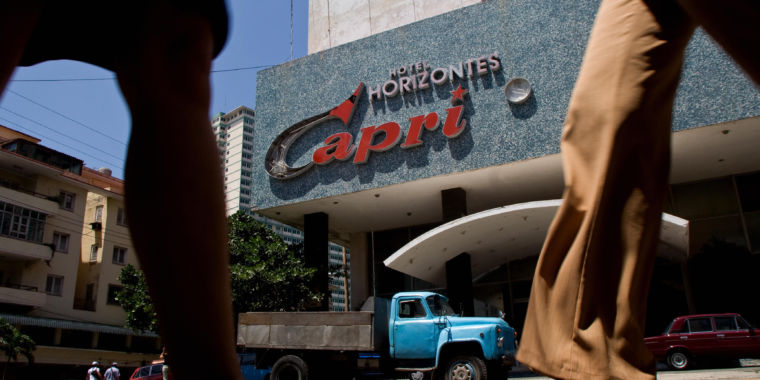 Some heard noises, some felt nothing at all. Then the symptoms started.

Is this the ultrasound weapon mentioned in new scientist a couple of weeks ago?
https://www.newscientist.com/article/2143938-how-us-diplomats-may-have-been-attacked-by-sonic-weapons-in-cuba/

I am inclined towards the infection / parasite angle. It covers most of the symptoms and can explain why only foreigners are affected. Maybe someone went somewhere foreigners don’t often go, and then brought it back to everyone else. Since diplomats often hang out with each other…

Then there was this possible explanation from the comments:

Or, as I like to call it, “Sunday Morning”

Reading the linked articles, the MIT guy and others saying the tech as known is large and requires a specific physical location. Which means, if this is a new cutting-edge kind of tech, how likely is it that the Cuban govt is pioneering this tech? @MalevolentPixy is probably right, infection/parasite is a lot more likely. But if there is a new tech angle, I’m wondering if Cuba is being scapegoated, here. Someone wanting to test such a weapon would be smart to go to Cuba and target American diplomats (which might explain why Canadians got mistakenly hit as well, the perpetrator was not able/had no interest in telling them apart.) Test with impunity, read the papers to see how well it works, let the Cubanos take all the fall-out.

I’d agree that this stuff happening in Cuba is absolutely not evidence the Cubans are responsible.