NC Rape Laws Do Not Allow Consent to Be Revoked

The Article at Broadly

It’s only one state, but the idea that consent cannot be revoked ENRAGES me. This is the kind of law, left on the books, that makes the oppression of women the default rather than the exception. Consent is the foundation of bodily autonomy and equality, imho. Too much in people’s lives is assumed and coerced - I just want to be free and help other people get free! 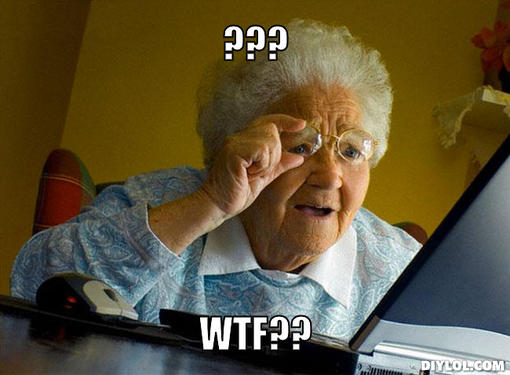 Fuck me. I am SO FUCKING TIRED OF OLD WHITE MEN TRYING TO TELL PEOPLE HOW TO LIVE!!! YOU DON’T LIKE THE WORLD THE WAY IT IS GRAMPS? THEN FUCKING DIE AND LET THE REST OF US ACTUALLY FUCKING LIVE IN IT!!

Can we kick people off the planet?

you don’t know how much I wish I had that power. Give 'em a planet of their own and if they fuck it up, too bad for them.

There wouldn’t have to be a new planet.

I’m thinking like The Marching Morons, only combined with wishing into the cornfield a la It’s A Good Life.

“Like” because that’s the only option Discourse is giving me.

There is only one solution. No one should ever agree to have sex in the entire state. Especially with those lawmakers.

[quote]But traction has been slow in getting this change implemented. He points to one conservative blog as an example for why. In it, the writer ridicules Jackson’s work to address the “‘rules’ of fornication” as “pandering to the Wimmen’s Studies Department alumni.”

“This is a blog that unfortunately carries some influence with many of our conservative members,” Jackson says. [/quote]

Are they “conservative” or just brain damaged?

Are they “conservative” or just brain damaged?

To pick a phrase
Why not both?

Even better. Though I wonder how much stupid the Sun could take before it goes supernova.

In other words, the NC legislature completely misunderstands the basic meaning of the word consent. Terrific. What could possibly go wrong…

I miss the days of moderate conservatives. Guys who were basically cool but wanted lower taxes or liked guns or whatever, so you could agree to disagree with them. Now they don’t exist. Did they go feral or something, or did the mask come off and we’re seeing them for what they really are?

I miss the days of moderate conservatives.

Pretty much, except I don’t think many of them actually became Democrats. Obama Derangement Syndrome is a hell of a drug.

Pretty much, except I don’t think many of them actually became Democrats. Obama Derangement Syndrome is a hell of a drug.

I think the media has a lot to do with it. We went from a system where people tended to get their news from much the same sources (e.g., network evening news, local newspapers) to one with a menu of niche media that deliberately enrage their audiences because that’s what sells ads. Add to that the decline of white/male/Christian/hetero privilege, the economic stresses of late stage capitalism and globalization, and the failure of conservative ideology to assimilate this.

If you’ve defined yourself as a conservative, then the only way you know how to confront this is by doubling down on your zero-sum “king of the hill” model of life. You shove even harder, you don’t let new players on the field (immigrants), you take advantage of your position to keep the weak from gaining ground (homophobia, racism) and you resent the hell out of those who reject the game itself (progressives).

And that’s not to be feared as much as pitied. When you visit a conservative message board and all you see is scare post after scare post about Muslims and gay people and liberal college campuses it’s pretty obvious that these are broken people who are living in a hell of their own making. It sucks when you’re the one they’re lashing out at, but would you really want to trade places with them?