Announced hours ago, filming to begin in Fall with Louis Leterrier (Now You See Me, The Incredible Hulk, The Transporter) directing. The teaser above indicates that they’ll be using physical puppets, but there isn’t much other information available yet.

Please let this be good…!

“The Dark Crystal: Age of Resistance will combine the art of puppetry perfected by The Jim Henson Company, with Louis’ vision, powerful storytelling and a mix of cutting-edge digital imagery and visual effects,” said Cindy Holland, Vice President of Original Content at Netflix. (http://www.ign.com/articles/2017/05/18/netflix-announces-the-dark-crystal-prequel-series)

When I read this headline on Twitter my brain immediately went into sceptic mode, but the video did tickle my interest.

There’s been some damn good TV lately, so I suppose it’s worth withholding judgement…

The sqee you may have just hear from the Chicagoland area? That was my partner and I haven’t even sent them this yet. Their reaction is going to be strong enough to echo back in time.

If this involves Brian Froud, the Hensons, and physical puppetry, I am ALL FOR IT.

The original has a special weird freaky magic that can’t be replicated, but more stories in this world are absolutely worth telling.

Guys making this show: the key is to not be afraid to be scary and icky and odd. Be weird. Kids can take it.

so many feels. Can’t wait!

We’re getting a new film set in the Labyrinth universe (not a remake, not a reboot, more of a spin-off) next year.

(not a remake, not a reboot, more of a spin-off)

Thank goodness. They would never be able to replace Bowie and his balls.

They would never be able to replace Bowie and his balls.

I’ve seen a few interviews (like this one) in which Brian Froud proudly takes credit for giving Bowie tight pants to enhance his bulge, saying he wanted to make him a “young girl’s dream”, with his impressive package and pimp-cane.

They could never replace Bowie as Jareth but there’s plenty of other things to explore in that world. Maybe more Hoggle? Or Ludo?

The Dark Crystal Is Coming Back to Theaters

Prepare to be traumatized all over again.

Two days only, 500 theaters. Showing on a Sunday and a Wednesday… I suppose it’s nice that at least one of the showings is on a weekend. Fathom has had some neat special events, but they really don’t seem to be very accessible. 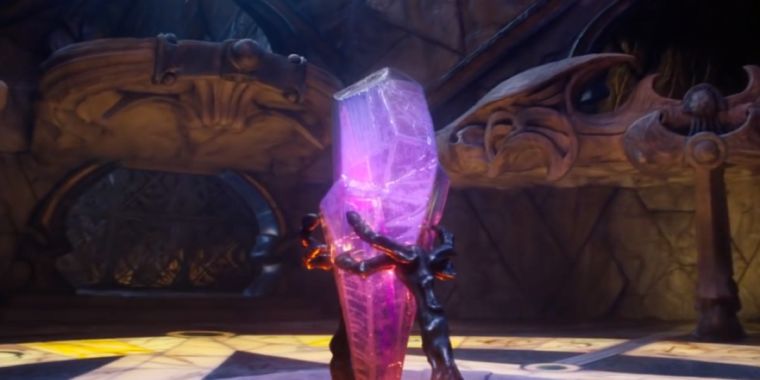 Yes, there will be a cross-platform tie-in video game later this year.

Wow… while technically true, that really doesn’t seem like much of a kudo considering all the other things he’s done…