So we need a super hero for the 21st century. I propose captain neural network.

I started reading some of the Batgirl reboot because of the whole confronting-her-ptsd storyline. I was kinda angry over the Joker and Bane plots, they don’t really fit with the rest.

I also read Dreadnaught:Nemesis and Sovereign. I am disappointed by the occasional slur. I don’t know if volume 3 will come anytime soon.

We already have AI superheroes (Vision e.g.). Neural networks themselves are not necessarily AIs and have already appeared as well (what fed the targeting system for the supercarriers in Age of Ultron).

Captain NN would be a good satirical character in The Venture Bros. though.

By night, he inspires news headlines around the world about his misadventures.

And I don’t think any one superhero can be a role model for all people-- diversity is necessary.

This is exactly why I don’t do Twitter. I mean, is it @realbatman, @imthebatman, or @totallynotbrucewaynebutactuallybatman?

Who can even begin to keep up?

Who can even begin to keep up?

I think I tried most of those in my younger days but I’m too old for that sort of thing now.

Going to work on a Monday after 48 hours of being awake is pretty low on my list of priorities now I’m happily married and in my mid-thirties, thank you very much…

(Did anyone ever settle the argument over whether it was set in Newcastle or Scotland? The accents always seemed split 50-50.)

one superhero… all people-- diversity is necessary.

wait. didn’t they do that character already? 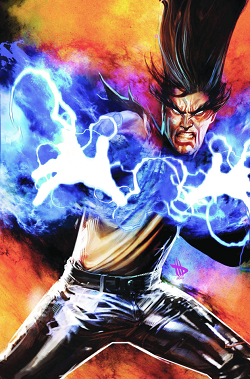 Legion (David Charles Haller) is a fictional character appearing in American comic books published by Marvel Comics. He is the mutant son of Professor Charles Xavier and Gabrielle Haller. Legion takes the role of an antihero who has a severe mental illness including a form of dissociative identity disorder, in which each of his alternate personas controls one of his many superpowers. The television series Legion premiered on FX network in 2017. The lead character is portrayed by Dan Stevens. The...

And I don’t think any one superhero can be a role model for all people-- diversity is necessary.

You’re right, we need a team! 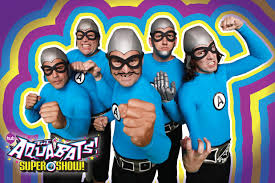