Nothing Easy is Ever Simple or: How I Learned to Stop Bungling and Love Backups

The events described below occurred during the break following the Christmas holiday. I’ve just been too busy/tired/sick/lazy to write it all down until now.

Upside of a PiHole Blog

My dad put me on to a Raspberry Pi project called the PiHole. It turns your Pi into a DNS server- but it has a huge list of ad serving domains stored. When you request a webpage that makes a call to one of those ad-serving domains, this DNS box never makes the request. This is different than ad blocking- the ad never comes in this case, because it never calls for the data. It’s lovely- web pages are much nicer to use this way. And I don’t have to worry about browser plugins, or whatever else. AN…

I thought to myselft, I have plenty of Raspberry Pis lying around, and this seems like a straightforward project…

But then I thought “But wait, I have a custom-built bespoke PC running pfSense that all my traffic’s running through anyway, surely that’s a better target for this project!”

So I fell down a different sort of hole looking for an alternative to a pi-hole.

And it installed without a hitch, was super easy to set up, and everything is awesome.

The package actually installed just fine. And then the murders problems began:

In the end, I lost about a day’s work out of it. I’m on 2.4.4 now, but I haven’t set up ad blocking yet, or the VPN, or static IPs, etc. I’m still a bit sore about it all. Other than the backup, I don’t really feel like I made the wrong decision. They just ended up being the wrong decisions as a result of other circumstances that I didn’t predict. Which is why we make backups in the first place. On the upside, I’m now using the backup service built into pfSense that automatically uploads a copy of your config to the cloud every time you save, and gives you access to many previous snapshots that you can roll back to. I’m going to assume is brand new in 2.4.4 and has never existed before because it would have saved me so much time if it had existed, and I would have been a fool not to have taken advantage of it…

Wow, that looks like a lot of work! (Almost none of which I understood.) glad you only lost one day’s work.

Note to self: make a backup today.

In general, I’m really happy with pfSense. I built it in order to capitalize on the speed at which a real computer can handle routing traffic instead of something embedded, but also because in general the answer to the question of “Can I do this?” with pfSense is generally “Yes, and…” In this particular case, it failed so spectacularly, but I could have mitigated the damage and been back up and running in a matter of minutes if I had just done a better job of preparing for any disaster.

Then looked at the time I’d need to spend on it to justify it.

Still running a router with custom firmware and my PiHole.

The thing that finally convinced me to go the pfSense route was that my consumer router (TP-Link Archer C9) with custom firmware couldn’t run at full speed because the hardware accelerated NIC didn’t have an open-source driver, so the WAN port was limited to 100Mbps.

If anyone is interested in going down this particular rabbit hole, here are the resources that got me started:

The Ars guide to building a Linux router from scratch

Remember how our homebrew router embarrassed off-the-shelf options? Go make your own. 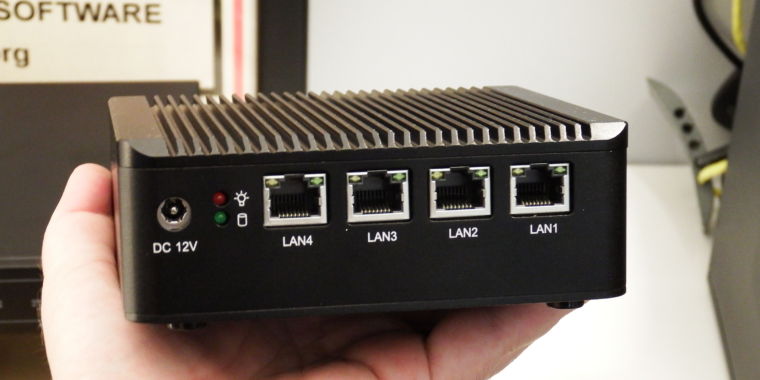 The Homebrew is still near the top of the class, but one off-the-shelf router bests it.

The approach he takes is very hard core, but the hardware I’m using is pretty similar. Given the rate that I had been accumulating routers up to this point, I’ve probably saved money using this approach and a Ubiquiti AP.

It’s obviously not for everyone, but I’ve found it pretty low maintenance overall. As stated above, my problems were the result of a confluence of edge-cases and the lack of a proper disaster recovery plan.