Kinja is a notoriously buggy CMS that powers the Media Group Formerly Known as Gawker. Every three months or so, the Kinja dev team mucks with code and ruins the layout. Tired of its shitty desktop interface, I coded my own damn interface. Pretty proud of how it looks. 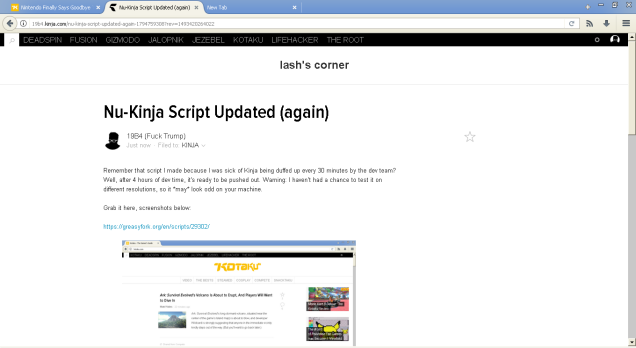 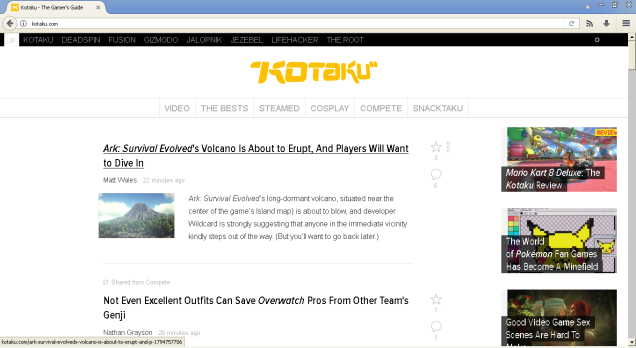 Fun fact: Kinja doesn’t properly display ghost avatars, so I had to add CSS to handle that. I think I’ll go the full hog and write a separate CSS file for the script to load and render instead of patching their css ad hoc .