Off The Menu / Behind Closed Ovens Moves (Again)

The latest editions are always a riot. Each week, CJ Pinkham selects a few stories of the weird and outlandish things that happened to real restaurant workers… From people with monogrammed thermoses to those allergic to red, the customers are always wacky. 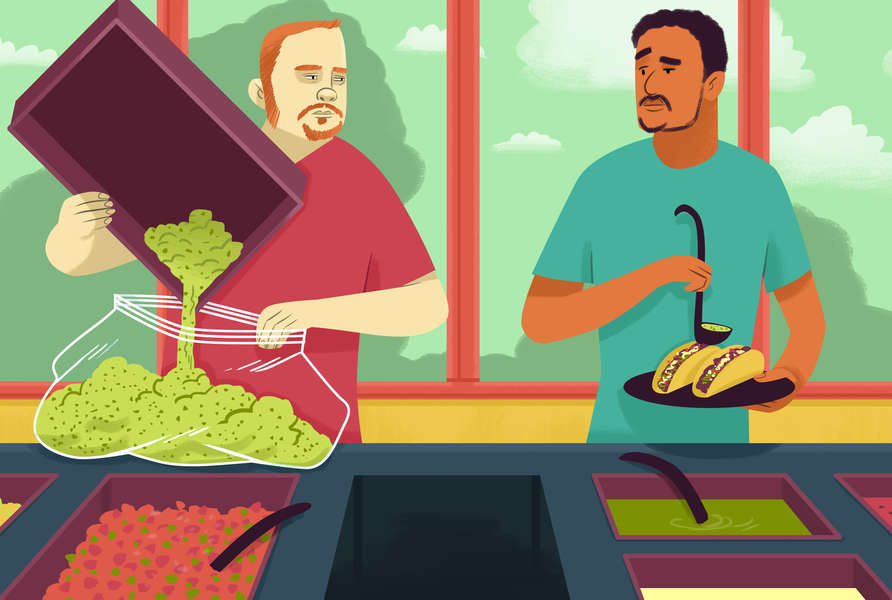 When you gotta go…

Edit:
Pinkham’s in need of a publisher. Thrillist wasn’t paying him for the columns.

Awww, I’m going to miss that column. It was so upsetting and short-sighted when Gawker got rid of it (surprise! Gawker is short-sighted). But then it just kept getting bumped around. I guess it’s hard to pitch a column where your readers do all the work for you - though isn’t most reporting just stringing together tweets nowadays?

In Pinkham’s earlier columns, the stories were not tied just by theme, but also had segues with anecdotes from his own experience in the industry. The earlier columns had the feel of a radio host, while these days it’s like Reader’s Digest’s On The Lighter Side. Here’s hoping it lands somewhere cool!

Right, he also did some really nice writing on the restaurant industry on the whole. I learned a lot from the Kitchenette sub-blog on Gawker. The reader stories were hilarious, but that’s what I really miss.

Haha, some of my stories are in some of his earlier stories. He came up through Jezebel/Gawker/Kinja.

There was a massive falling out tho… and drama? Damn, that was the concussion year, and I don’t remember what happened…

Could be a frame-up job, but that post sparked the ferkuffle.

Right! Hahah oh Kinja.
When they introduced the BBS on BB I left for a couple years because of Shane (he’s been banned for 200 years now) and went to Kinja. I was super active on GroupThink, Jez, Gawker, Backtalk and Clashtalk. But OMG the dramaz! LOL
So I left there, and came back to BBS. And then OMG the dramaz! LOL - so I guess what I’m saying is we have about two years here before OMG the dramaz. This is the curse I bring you!

I’m pretty sure we’ve been running into the same commenters across various sites for the past six years. I first ran into waetherman on kinja a few years ago.

That’s funny, because I just bumped into @lava over on an X-Files thread on io9 a couple of nights ago! Usually I just lurk there and on Jezebel, I very rarely post.

Yeah, I used to be pretty prolific on Gizmodo and Jalopnik. Then I got perma-grey status on Gizmodo for something I said during the whole Gawker v Hulk Hogan thing. Now I can only comment on Jalopnik. Which is fine by me - Gizmodo has turned to real shit these days.

Anyway, nice to know I made an impression on somebody. And that you 1) like me or 2) forgive me

As for this Pinkham character, from past comments he definitely seems like an ass. Maybe he’s just a performance artist tho. And really, who among us hasn’t been an ass at some point? FSM knows if things I’d been saying in my twenties were still floating around in the aether, I’d be skewered. There oughta be a statute of limitations or something. Hey, if Pinkham wants to bring his column here, he can rattle a cup just like any of us.

Pinkham would add a lot of flavor to the place. We just don’t have the size of readership to sustain his column with stories.

I pretty much stick to i09 over there as far as commenting. I’ve been using that kinja community software there for years and I have to admit that I just don’t get it. Its confusing as hell to me.

I’ve used a few different commenting systems, BBcode, Discus, and others I can’t remember, I’ve even used HTML tags… but Kinja is definitely the most wonky of them all. And I might only post over there a few times a year, so I’m not very familiar with it. 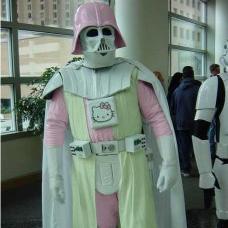 “It’s ending, because people stopped sending me submission. I’m straight up out of them after mid-July. https://t.co/cKVypRh5Jm”

If you have any last-minute submissions (I’m looking at you, @kxkvi), now’s the time to put them in, because the era is coming to an end.

Alas you will have to remind me. I forget the reference! (Though it seems weirdly familiar . . . )

Oh, and whenever you sort this out, this would be an excellent candidate for Off the Menu on Bitter Empire1. 1Formerly on Thrillist.2 2Formerly on Wonkette.3 3Formerly known as Behind Closed Ovens on Kitchenette/Jezebel.

Oh, of course. Now I recall. Too bad their entries are drying up. But I think my venting here at Elsewhere was sufficient. I’m drained of motivation on the matter.

Who would think that in the Age of Trump, they’d be running out of entries?

This week, we have the very last issue of Off The Menu. If you’re sad about that, well, maybe you should’ve submitted more stories so I didn’t run out.