If the shoe fits…

This is not new.

Honestly these people seem less influential now than at any previous point in my lifetime. Chrisitianists at least had to pretend to be nice, but Trumpism seems like the future of the right in the U.S.: unvarnished, hedonistic cruelty.

What makes you think that Trumpism doesn’t have its own extra-weird branch of Christianism of its own? 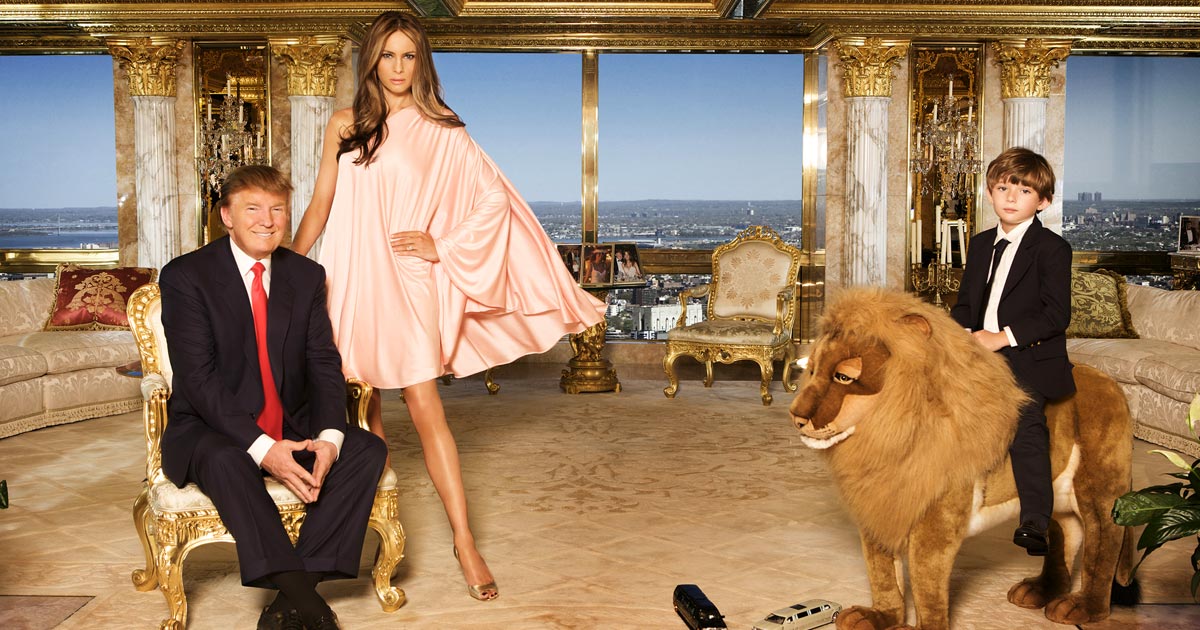 The Creepy Religion That Explains All Of Trump's Actions

When it comes to the basics of Christianity, Trump could really do with a refresher course.

I realise that it’s cracked.com and therefore prone to a little sensationalism but everything in the article makes a lot of sense…

They seem less influential, but I’m relatively uncertain. I think that with the onset of pure id republicanism, the religious right will go away and the religious left (think crunchy pacifist UU stereotypes) will have more power. On the other hand, never underestimate the power of religion for crowd control. These are turbulent times, and God only knows (pun intended) which way it will go.

Christians have in no uncertain terms the most minor influence on the US they have ever had.

However, they get a free pass from the vast majority for being like their patents, already have substantial individual influence in politics, are defended and supported by the government, and are extremely focused and organized. So while they are ~1/3 of the US they wield power like 51% of the US, and know they will only slip further into obscurity with time and seek to consolidate their power in all levels of government.

I saw a very interesting presentation by two Harvard Divinity grads at a conference this week talkin about the downward spiral of religion; millennials are more unaffiliated than any other generation and the younger they are, the less likely to be affiliated, which means this country is only getting less religious. But this unaffiliated is disorganzied, and organized religion can still wield power, and in some ways the vacuum leaves radical christians, Jews, and muslims even more influence.

If I ever meet the current Pope, I’m going to explain how I feel about American “Christians” with this quote:

which is fucking scary and leads us to:
This type of society

If I ever meet the current Pope, I’m going to explain how I feel about American “Christians” with this quote:

From everything I’ve read, he would agree with you. We haven’t had Ratzinger for a while.

I never became a professional sociologist of religion, so take this with a big pinch of salt and regard it as a massive oversimplification. Or just plain wrong. Or not even wrong, to quote Pauli.
My belief is that religion served as a unifying influence - literally, ties that bind from res + ligio - so long as the clergy were the main conduit for knowledge in rural communities. The Church of England was designed to put an educated person in each community, to preach social cohesion and keep an eye on the people. It actually worked remarkably well. In Ireland, the clergy had far too much power despite many of them being poorly educated. In the US, the population shift West caused population movements to outrun education resulting in the more bizarre manifestations of the Western sects. Those sects became repositories of the prejudices of their societies in the absence of an educated ordained ministry who, at a university, had been in touch with the progressive ideas of the day. This is how you get Oliver Wendell Holmes co-existing with Joseph Smith in the 19th century.

But modern communications, newspapers and then telephone and radio, allowed people to short circuit the transmission of ideas. And in cities progressive movements started up and become national. The result today is that we don’t need idea channelers who cover the entire spectrum. We have lots of national and international single function charities and pressure groups, and people can belong to more than one. We’ve superseded the churches, leaving only the people with limited horizons to follow them.
The downside of this is that people with authoritarian tendencies - and there are many of them - can now cluster in echo chambers of other people with authoritarian tendencies. To a degree, I think societies in the English-speaking word are fissioning, with uncomfortable areas of overlap, and this is why politics is becoming more confrontational. I won’t call it Eloi and Morlocks, but there is something of that about it. Overt Christians - and overt Jews and Muslims - seem to be growing less tolerant even as the majority increasingly says “meh”. But as people drift away from that side, the intolerant and bigoted side seems ever more typical of the religion.

Well US Christians are uniquely capitalized by mega-churches that are not even attempting to preach modesty or piety. The Joel Osteen types who gleeful turn his position into a money-making opportunity and preached generic feel-good messages and affirmations about the free market are not so bad, but many do the same thing saying “you will always be better because you are American and a Christian, and not Muslim.” I know I have heard of a few condemning only antifa at Berkeley too.

The interesting point for me was just how many of the backers of this movement aren’t the church-goers they’re painted as. I grew up with a few flavours of Evangelicalism so my own biases led me in the wrong direction: without the steady stream of misinformation handed out as truth ("I heard this from my teacher who heard it from his, who has studied a long time and knows what he is talking about) that it’s harder to hold onto those ideas and ideals in the face of reality.

Given that we had nine years of a government that was comprised largely of these people, I recognise it well – the difference is that they stood out in high-contrast to what we are used to.

Scarily, there is another group they also compare to that did successfully infiltrate the US government. Forget the radical Islamists, who are less of a threat to the US – these Christianists are hewing closer to the L. Ronist playbook. That’s what’s frightening to me.

these Christianists are hewing closer to the L. Ronist playbook

Those guys really have no power, as creepy and cultish as they are. They don’t control the government, but Christianists already do. The only question is if the Christianists have gone away a little since Bush II like it seems, or if Trump has found a way to mobilize them.

I think they’ve gone away since Bush, but also that they won’t ever really go away completely and permanently.

What I don’t like about this is that in recent history churches have been among the few public places where people from disparate backgrounds can at least in theory, gather and organize without paying entry fees. In practice they’ve been highly segregated of course, but I suspect the Church of CrossFit is even less diverse in terms of age, ability, economic class, and so on.

The combination of religion and politics has always led to outrageous oppression. It doesn’t matter what sect or denomination- fusing the two ends in disaster.

“When religion and politics travel in the same cart, the riders believe nothing can stand in their way. Their movements become headlong - faster and faster and faster. They put aside all thoughts of obstacles and forget the precipice does not show itself to the man in a blind rush until it’s too late.”

This is why generations had to struggle to embed the protections of secularism into society, and why it needs to be protected.

That’s a legitimate problem, though I think that churches of all sorts have often had their own practices of discrimination - a segregation of the “flock” by class.

Worse still was that this presentation I saw was given to a room full of business people who operate business centers (aka coworking spaces). So in the most unflattering interpretation, these divinity folks might have seemed to be calling for the establishment of a Church of Work, or a Church of Commerce - even more dangerous in many ways than any fitness cult might be.

Now, I don’t think really think that’s what they were calling for, but they were a little too glib about the loss of religion and the trend towards gatherings of community that had no moral principles as a foundation. Religion has been used for all sorts of bad, bad things, but to its credit at least it seems to have been built on a system of morality that most would agree are positive common principles of how to interact in a community. However those principles have been perverted, I think every religion has that as its foundation. Sadly, that’s not what we refer to as “fundamentalist.”

I still don’t know how Dave Allen got away with half of his routines on the BBC in that era.

Social and observational comedy is diminished by his loss.

I really am not looking forward to the Church of Crossfit traditionalists explaining how rhabdo is a test of purity of soul and diet to me again. No, you cannot cure that carpal-tunnel with deadlifts. Yes, that pain you feel is because you don’t know how to do a proper clean and is not a part of the natural muscle building process.