One simple thing that could actually make a difference

There is one easily-achievable change that could have a massive impact on American politics.

This is a trivially simple issue that could have a huge impact. Weekday voting effectively disenfranchises a large proportion of the American working class.

Across the country, inadequate minimum wage levels and indefensible delays at polling booths renders the franchise economically inaccessible for many Americans. In the “right to work” states, merely requesting time off on voting day is an open invitation to destitution.

In Obama’s first years, when the Dems held the majority, this change could have been achieved effortlessly. All it requires is the proclamation of a national holiday.

Why not make this a leading issue? It’s achievable, effective, and easy to communicate. It isn’t everything, but it’d be a useful standard bearer.

Postal voting. I vote (in the UK) for almost everything by post except the national election, where I want to go to the polling station and tell the Conservative supporters standing outside to count their voters to mind their own business, I don’t talk to fascists.

I replied to your post on the BBS, so I’ll just copy my response here:

I like the idea of a day off to vote. I understand that voting in Australia is compulsory, so a national holiday would almost be a requirement. In Canada, the law is that eligible voters must have three consecutive hours to cast their vote on election day. If one’s hours of work do not allow for three consecutive hours to vote, their employer must give them time off. (There are also advance polls, of course).

I don’t know the rule in other countries, or if that would be enough time in the US, given the stories I read about hours-long wait times to vote, which don’t happen here.

Actually, we do it on weekends.

Added your correction. What about those who work on the weekend, shift workers and such?

What about those who work on weekends

In Oz, pre-poll and postal voting is trivially simple, across the country. Elections are administered by independent federal agencies.

Voting in person takes ten minutes, can be done at any polling booth regardless of where you live, and there is a booth within walking distance of every urban and suburban house.

…Which can be nearly countered by pointing out that public holidays improve an economy’s liquidity. People spend money on public holidays, which makes economies more stable.

If there wasn’t an economic upside to them, they wouldn’t exist…

I don’t know the rule in other countries, or if that would be enough time in the US, given the stories I read about hours-long wait times to vote, which don’t happen here.

The pictures of those queues always blow me away. In my neighbourhood, if the line goes out the door of the polling station, if people have to wait more than twenty minutes, there is much grumbling.

Me, I always bring a book to read in line, but I rarely read more than a page or two.

Added your correction. What about those who work on the weekend, shift workers and such?

In Mexico, voting is on sundays. If you work that day all you have to do is let your employer know that you will be voting then you go and vote.
Your pay will not be docked for this time.

In my neighbourhood, if the line goes out the door of the polling station, if people have to wait more than twenty minutes, there is much grumbling.

In my neighbourhood, polling stations are usually in public schools, and during the day, it has usually been a matter of walk in, get ballot, vote, walk out, with very little waiting. In the last federal election, things seemed to go very slowly at the advance poll and we waited twenty minutes or more. There was some complaining, but most people just made jokes about Harper-inspired obstruction and toughed it out.

Will never happen in the US under the current regime. It would go like this:

“We should make election day a national holiday, first Tuesday in November!”

“Would that let THOSE people vote more? You know, the thugs and people stealing our jobs?”

“Then we can’t afford it/it’s too hard/it infringes on my FREEDOMS!!”

at a blog i used to comment at with some frequency there was a demi-troll who favored all voter suppression on the basis that all of the problems of the u.s. were the result of making voting too easy.

A wise man once said that if you have a shit population you’re going to have shit politicians. A lot of countries have a PR voting system and days off and yet human garbage like Pauline Hanson, Erdoğan, or Marine Le Pen still gain power.

No matter how elections are run in America, you’re still gonna get a Trump.

No matter how elections are run in America, you’re still gonna get a Trump.

Sure, but if a high percentage of the population are both enfranchised and empowered to vote, at least anyone elected would have an actual mandate.

Vote by mail works even better in every objective sense.

An all-in series of runoffs culminating in an up-or-down vote on the final “winner” would be even better. Failure would recurse backward through the rounds, minus the rejected finalists. At some point, lottery among the voting public should be the fallback, still reliant on final up-or-down approval.

Vote by mail works even better in every objective sense.

insert why not both gif here.

if nothing else it would show that america is serious about democracy.

( edit: i think instant runoff and all that is good, but the particular flavor is hard to choose. and, it would require changing how elections work - which is tricky territory. making election days holidays doesn’t require any rules change.

it should be an easy win, but both parties have a vested interest in their bases voting vs. the masses. aka: targeted messaging. )

it should be an easy win, but both parties have a vested interest in their bases voting vs. the masses. aka: targeted messaging. )

Also AKA: they’re both plutocratic parties. Allowing the working class to exercise political power annoys the corporate donors and frightens the aristocrats.

Which provides the answer to the question: given that this is such an obvious fix, why haven’t the Democrats done it already? As noted in the OP, Obama could have done this easily, as could many other supposedly left-wing prior administrations.

Modern Australia’s political issues have never been about the government failing to represent the people.

Our government does represent the Australian majority view. Unfortunately, many Australians are arseholes. Hence our refugee policy etc.

Our system is designed to marginalise extremist views as much as possible, though. Hanson’s One Nation party never held more than a handful of seats and had no realistic prospect of leading a government anywhere. They were always a minor party.

OTOH, the policies of both the GOP and the Dems are well to the right of American majority opinion.

OTOH, the policies of both the GOP and the Dems are well to the right of American majority opinion.

Americans will obviously be better qualified to comment, but my own observations lead me to say I’m not sure of that.
Now if you said educated Americans…

It has just been demonstrated that had the population of the UK been a little better educated we would not be leaving the EU. To my mind that’s an obvious reason to cancel leaving, but then I’m not one of the infighters in the Con party.
My own US experiences are that less well educated people and people educated in narrow specialities where most of the workforce is male (like programming) are more likely to be right wing. That probably goes for most of the world.
The less educated people are more likely not to perceive the connection between the politics of the two parties and their own disadvantage.
Though tbh I did once encounter a group of people in the US, most of whom were working class and all of whom had very left wing views. It was in an Irish bar in Long Island. But they all voted Dem…because there was not alternative. 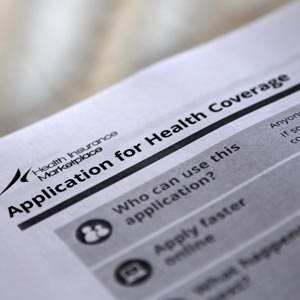 Asked separately about three possible courses for the future of the Affordable Care Act, more Americans favor replacing it with federally funded health insurance for all Americans than favor either keeping it in place or repealing it.

Most Americans for Raising Minimum Wage

About three-quarters of Americans (76%) support a hypothetical law to increase the minimum wage to $9 per hour. Allowing the wage to increase automatically with inflation is somewhat less popular (69%). 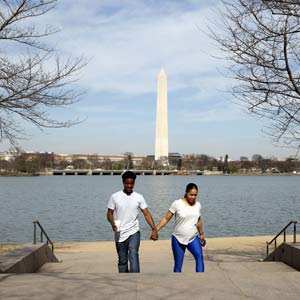 Americans are taking global warming more seriously today than at any time in the past eight years, according to Gallup's annual environment poll. Along with increased concern, a record percentage blame human activity for the warming. 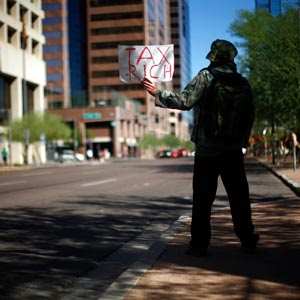 Six in 10 Americans believe that upper-income Americans pay too little in taxes, and 52% favor higher taxes on the rich in order to redistribute wealth. These views differ widely by political party identification. 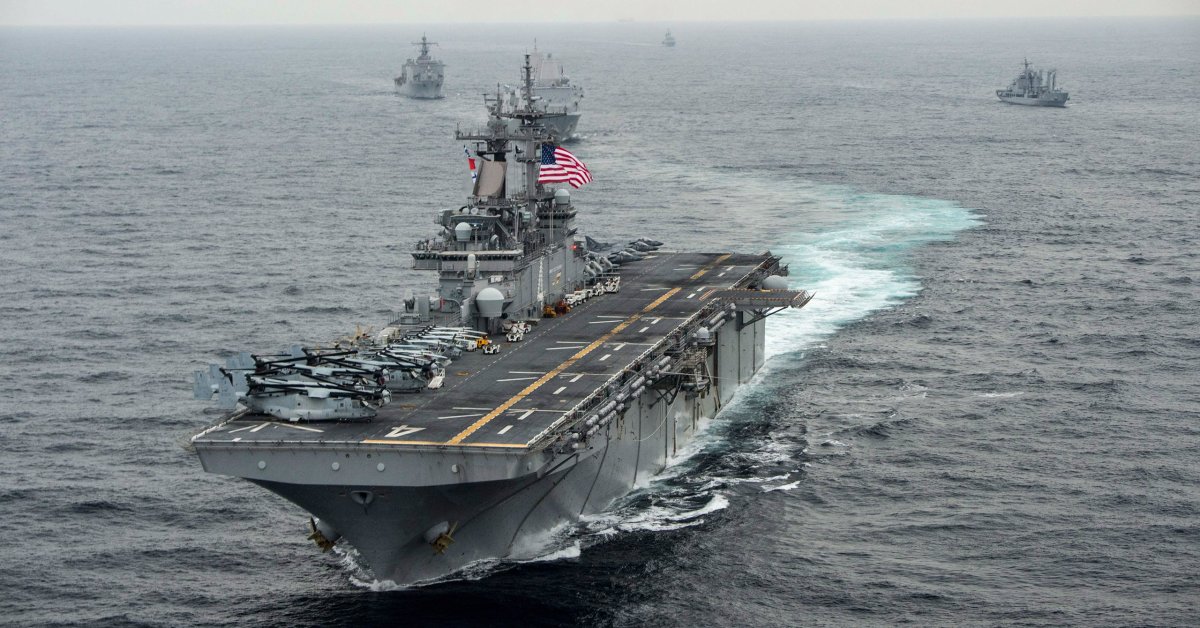 In an exercise, 61 percent favored cutting spending an average of $12 billion.

Then why do they vote against it?
I have a feeling that what they tell polling companies, and what they say in private, are different.