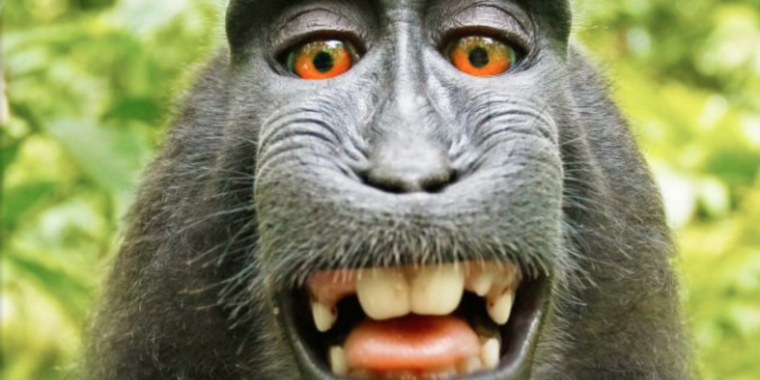 PETA drops lawsuit arguing animals have right to own property

Naruto can beat his chest: Monkey’s habitat wins 25% stake in the selfies.

Well that was super class of the photographer to donate 25% of the proceeds to the habitat.

There’s an extra wrinkle – there won’t be any proceeds. PETA ruined the sales of his book and the monkey photo has been reprinted in the media covering the court case so many times it’s unlikely he’ll make any money off it.

He’s said all along he’s cool with supporting animals, just not with being viciously sued by PETA. I suppose it’s a way for him to express his stance on the issue.

PETA sucks. This guy got a once in a lifetime shot and they had to fuck it up for him.

Fanaticism and fundamentalism are generally destructive and not limited to religion. The initial thought (hey, let’s apply ethics to the way we treat animals) turned into something over the top and ridiculous.