Metal Gear Solid 2: Sons of Liberty was originally released on the PS2 - and then ported to the Xbox, then ported to Windows, and then- well, suffice to say, it’s been available for quite a while. And influential. I snagged a copy of the PC release, new in box, for a stunning $24.95.1

I lost the box some time ago, which is a shame. Every bit of MGS2, including the manual, glows with Yoji Shinkawa’s fantastic artwork. 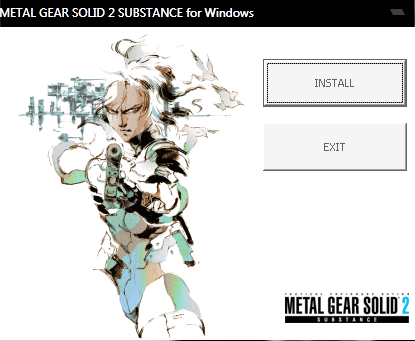 The PC release is a port of the Xbox port. Since the Xbox’s graphics API and OS was so similar to Windows NT (unlike the Dreamcast, which used Windows CE) Konami was able to squeeze the entire game, and expansion, into a 7.8GB installer.

The launch just didn’t work on my Win 7 box. In my emulated Virtualbox XP, it worked, but it wasn’t pretty. So I headed out onto the internet, and lo and behold, there was a fix. https://github.com/VFansss/mgs2-v-s-fix/wiki

What does the fix do? It replaces the original launcher with a custom one, that adds support for modern controllers, better options, and adds a cute touch, too. 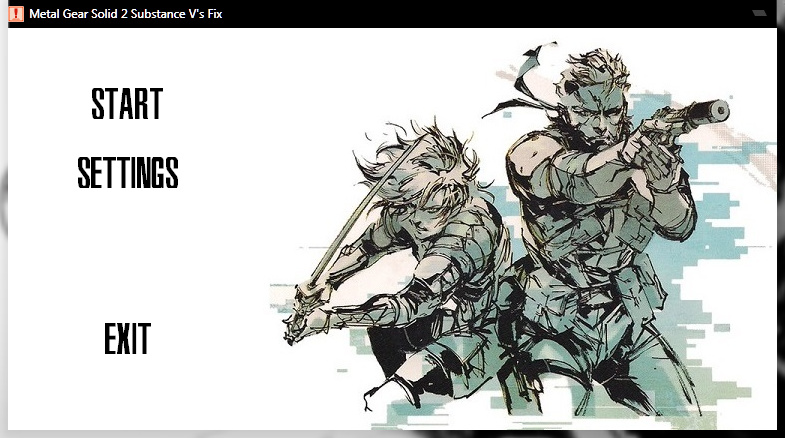 But, it’s not truly playable. Go into first-person mode, and you can’t move. If you missed the Resident Evil era of forced camera angles, MGS2 will be a revelation. For everyone else, you’ll need another mod.