(Not sure whether to put this under culture, politics, or help.)

I sometimes have reading trouble, and writing trouble. And I think the Roman alphabet is ill-suited to the English language.

Reading: I’m usually alright with paper, and e-ink, but not so much with computer screens. If I can’t keep focus, text blurs together. I find either OpenDyslexic or Andika helpful-- Andika supports more scripts, so it’s more useful. I also find larger fonts helpful. Unfortunately, most sites are designed around one font-- apparently there are supposed to be icons here instead of F#/## but I need readable text more than icons-- and/or one font size. It’s probably an eye strain issue, due to the limits of glasses, instead of dyslexia.

Spelling Reform (1): I’d sometimes slip into the Gothic alphabet, and spell words as they sound, and it’s easier for me than the Roman alphabet. Although the English language has additional consonants, and a lot of additional vowels, so it requires a lot of adjustments, such as writing 𐌹𐌹 instead of 𐌴𐌹 in words such as “geese” thus “𐌲𐌹𐌹𐍃.”

Spelling Reform (2): This discusses some of the practical problems. It tends to assume continued use of the Roman alphabet, and NG rather than GG for the sounds in “bring.” It still assmes the CURE words involve one vowel, not splintering into several groups, some of which, like tour, have glides separating two vowels.

Coders are ground zero for this crap. Case in point, the characters you posted don’t render for me, twenty years after Unicode.

spell words as they sound

And that’s the problem, right there, spell words as they sound to whom? I don’t have to travel very far – 200km southwest does it – to find people with a different accent to mine.

Also, for those of us who do all right with standard spelling, the “reformed” versions of words look worse than the standards. They also tend to eliminate the historical conventions people rely on to be good at spelling, especially if they speak more than one language. Example: all words ending in “tion” are exactly the same in French and English, and mean the same thing in both languages. In French, they are all feminine nouns.

Spelling reform always sounds good until someone realises the new alternatives just create the same problems for different words. Dyslexics famously don’t all have trouble with the same words – fixing things for one person or set of people makes it worse for others.

The truth is we all are learning disabled – the question is how much, how out of alignment we are with the standards, and how well we’ve learned to cope.

ETA: “Igglisj” reads as “Igglisee” to me – and I’m a phonetic reader who knows some Dutch and German. “Orþogrufi” comes across as “Ortoegruffee”.

I use it for personal notes, so there’s not much need for it to sound the same for other people. And any system will trip over the “CURE” clusterfrak.

I don’t know what font you’re using, so it’s possible it doesn’t support the characters. Unfortunately. I switched from OpenDyslexic to Andika because of similar bugs, though unsupported characters’d default to barely-legible text, instead of to nothing.

I’m voting for a return to Cuneiform. I have all this clay and reeds not getting used.

If you want your tweets to last…

It’s not the font, it’s the phonetics. The characters came through fine. Any font that supports full a ANSI character set will work.

Sorry, my second comment about the fonts was about AndyHilmer’s bug.

I don’t expect universal spelling reform any time soon, but with computers and AI we could have spelling personalized to whatever works best for the user – it could learn as you go, then start doing all the translating back and forth. And I don’t see why this couldn’t include the fonts themselves. “Siri, please put a bigger gap between x and y, and make H bigger and dropping down a bit.” (Examples made up at random.)

Korean is supposed to be rather easy to learn to read. (There’s a lot of ‘learn to read Korean in under 2 hours/60 minutes/20 minutes/15 minutes’ things out there.) I haven’t learned to read it though, so I can’t really comment on that. But maybe writing using syllable-based characters would hold up better than a custom shorthand, since if you forgot you could always look up ‘how to read Korean’ and recover what you’d written.

Masonic cipher is also easy to write and lasting, but that’s probably hell for people with dyslexia to read.

I haven’t learned to read it though, so I can’t really comment on that.

It is indeed easy to read but because it’s all phonetic you need to sound it out as a learner since you have yet to recognize words via context. This leads to a lot of times where you’re mumbling along, still can’t figure it out, and then someone clues you in that it’s an English loan word.

Another problem is that a number of common vowel sounds are very similar to the foreign ear like (No idea if your browser can render these) 애 (ae) and 에 (e). They sound like the Canadian “Eh?” but everyone here swears they’re different.

오 (oh) and 어 (eo) can sound pretty similar too if a Korean is speaking quickly or their regional dialect mangles it. This led me to a problem many years ago after first arriving in Seoul when a friend wanted to meet me at Shinchon 신촌 Station where all the universities and the Hongdae social scene is. Living in Gangnam I assumed he meant the nearby 신천 (Shincheon) Station. I’m not sure what the area is like now but at the time it was grubby and low rent.

Both stations are on the Number 2 circle line. They’re on opposite sides of Seoul. It’s about a 45 minute subway ride in the fastest direction. I later found out that even Koreans can get this mixed up and so everyone automatically assumes the hip neighborhood unless told otherwise.

You’d think they’d change one of them since they’re busy renaming stations these days.

ETA: I did find reading Japanese easier. The use of kanji (The Chinese characters) usually meant that if you knew the character you knew the word. It made getting around pretty easy because instead of trying to sound something out I just had to know that this is 大牟田 Omuta and that’s where I’m going.

A strictly phonetic script would require different spelling for each dialect. I would be unable to pronounce some of the results from some other dialects.

I love a man who knows Cuneiform.

I’m not generally a phonetic reader, so when people start messing with spelling, I notice, because it tends to seriously slow me down. If it’s far enough off, I just start seeing it as either a) another language if it resembles one that I have seen before, or b) gibberish. I cannot stand when writers render dialogue phonetically for an extended period. I can forgive a few words to give the “gist” but I would prefer a description of the accents and peculiarities, then move on tyvm.

Your point about other languages is solid, considering how much of English is cribbed from other languages – most of which are also based around the Roman alphabet. Spelling reform in English might even make it harder for speakers of some other languages to learn English, because rules they’re used to won’t apply.

Basically, there is no “one-size-fits-all” solution. Assistive technology, seems like the most helpful solution – as mentioned in a previous comment, essentially an auto-translator. Whether text-to-speech and vice-versa, or something else, there is no solution that is going to work for everybody, all the time.

Well, it’s usually phonemic spelling… but everyone has different ideas of what each letter should mean.

I keep tripping over “phonetic” spelling which tries to represent certain vowels with the an h or an aw (do they mean ay as in e, ay as in ai, au as in ow, or au as in o?), and tripping over British “waggons” (waŋgonz?). 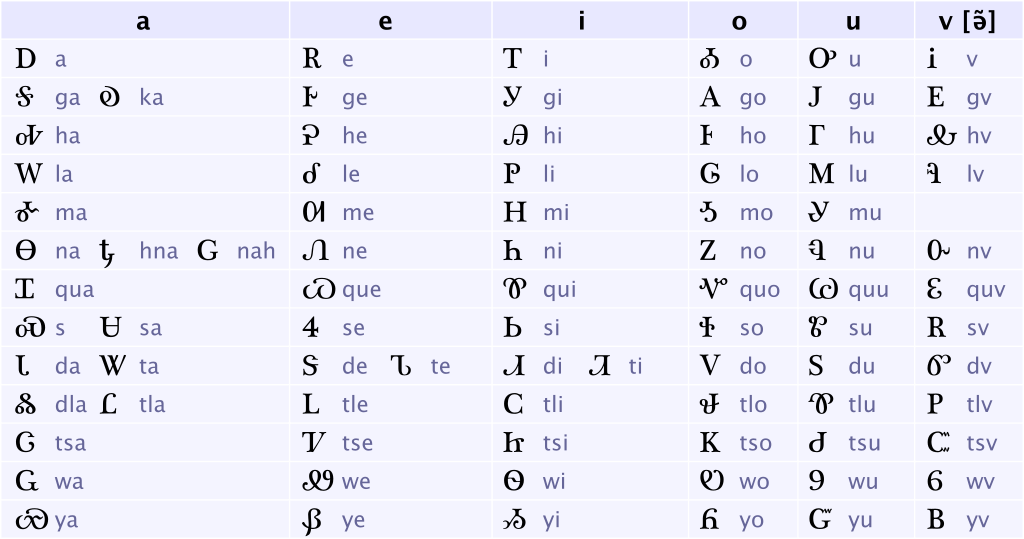 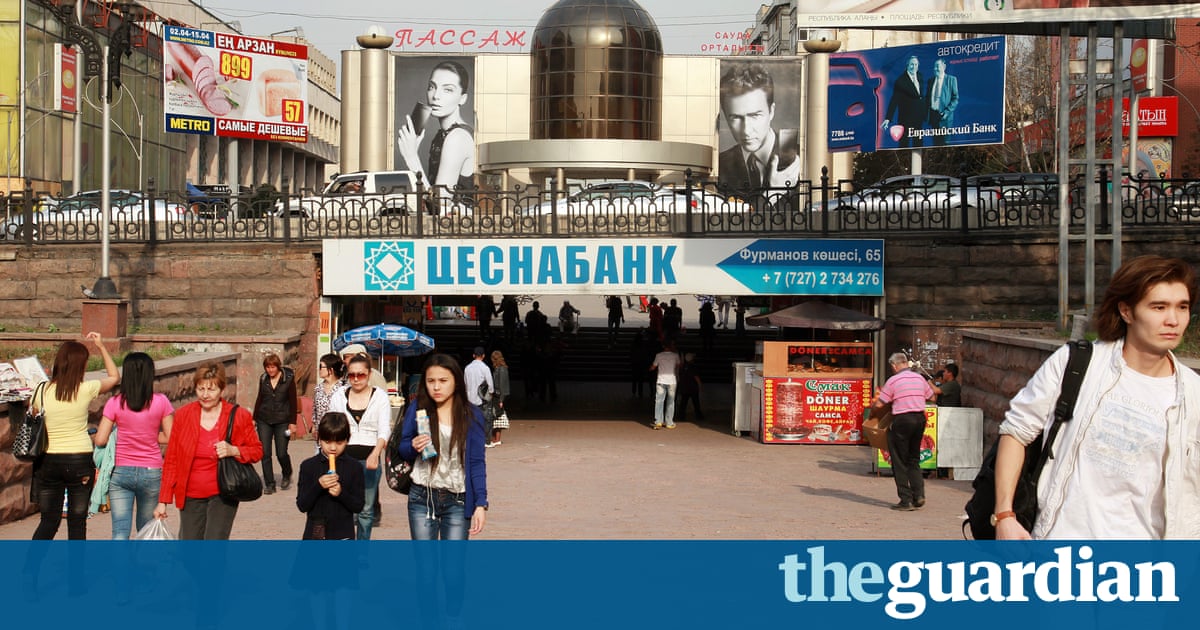 That reminds me of a friend of mine, who was raised by her Ukrainian mother, went to Ukrainian school, and is still fairly fluent in Ukrainian (she’s hilarious to go to films with, because she tells you what the “Russians” are really saying). She speaks English with a standard Canadian anglophone accent though.

One day she was returning from lunch and noticed a woman had a Kindle in her hand with the screen open to something in Cyrllic.

“What are you reading?” my friend asked the woman.

“It is in Ukrainian,” the woman answered. “You can’t read it.”

Well, from the little bit my friend did read, she knows it was a novel. But that’s language snobbery for you.

My dad had a story like that. He was at a college cafe and two women were discussing something. They noticed he had overheard some of it, so they switched to French. As my dad left, he said “C’est tres interessant!”