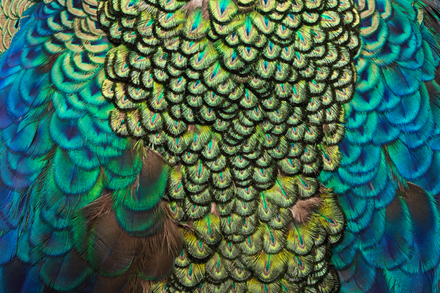 The extravagant splendor of the animal kingdom can’t be explained by natural selection alone — so how did it come to be?

It’s a lovely article, but such odd framing. It didn’t take 150 years to rediscover sexual selection.

Also, the book by Mike Ryan mentioned in there is excellent. The Tungara frog, his main study system is a real trip.

I think that’s the point.

Evolution is what real evolution is. Algorithmically undesigned, not directed but having these strange nodes of oh that’s weird that defy a couple hundred years of attempted reduction.

Algorithmically undesigned, not directed but having these strange nodes of oh that’s weird that defy a couple hundred years of attempted reduction.

I’m not sure. Particularly because sexual selection was put forward by Darwin. Alfred Russel Wallace tried to kill it - he wasn’t just forgotten by the textbooks for being lower class - he was also a loon. It was demonstrated very thoroughly under a hundred years later, and debated in the literature fairly constantly between those time points. There weren’t a couple hundred years of attempted reduction.

These biologists are not only rewriting the standard explanation for how beauty evolves; they are also changing the way we think about evolution itself.

I think this whole “mystery” is not such a mystery.

You’ve just describe Ronald Fischer’s (yes, the same RA Fischer from Fischer’s exact test in your high school stats class) ~1930 writing on sexual selection. He also described the third bullet point, often termed runaway sexual selection and did some of the earliest work on how sexual selection may oppose survival, even to the point of death. Molly Cummings and Mike Ryan, mentioned in the article did a lot of experimental work on the second bullet point in molly and swordtail fish.

One of the nicest experiments of runaway positive feedback was Michael Jackson.

Evolution is what real evolution is. Algorithmically undesigned, not directed but having these strange nodes of oh that’s weird that defy a couple hundred years of attempted reduction.

Evolution is about what doesn’t fail more than anything else.

Quite a definition of high art.