Not funny. Not an issue to be joked about, especially by a man.

From 2006, a lengthy law review article on the cult of baby boxes.

Actually, I found it ironic because the library nearest my home was closed down (many in Warren were in the early 2000s, I think) and it became a day care center. And I’m not sure it’s still open now. 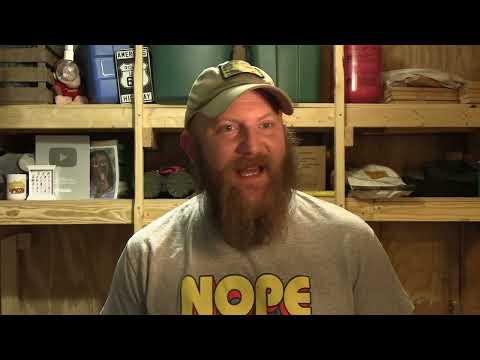 But they’ll need more people…I mean, isn’t that why most organized, if not all of the majors, encourage big families, so as to have bigger flocks in their respective houses of worship? To paraphrase an old saying, you can’t have a congregation without fertilizing some eggs, I’d think.

And don’t they want pregnancies within the bounds of marriage? Are they also for rape, asserting it as a man’s God-given right over a woman’s? I would think only the most dedicated fundies would be for that; and is it bad for the rest of us that they reproduce and then train the results to be like them?

I’m no longer fertile. I can’t be controlled that way, and I’m pretty sure I ain’t the only one.

You maybe can’t be controlled that way personally, but if you have a child who has the ability to bear a child, then you can be controlled indirectly.

Or, there’s another theory:
A fetus has more rights than a woman because a fetus has the possibility of becoming a man.

They also recruit incels, Nazis, and groypers, and whatever Sam Alito and Matthew Hale are.

whatever Sam Alito and Matthew Hale are.

Are they also for rape, asserting it as a man’s God-given right over a woman’s?

Oh, absolutely, they’re all in favor of it. And they even say that out loud. That’s why they’re so adamant that there be no exceptions for rape or incest. Even involving children - nowadays, they actually literally say on tape that they’re in favor of raping children.

There is even a video of it on here in one of these threads. “Should a 10 year old girl who was raped be forced to carry a baby, in a case of incest?” “A 10 year old should not have to choose between life and death, so yes.” And … it was a woman who said that.

“I don’t believe a tragic situation should be perpetuated by another tragedy,” she said

“there is no exception for rape,” Bopp said. “[…] We don’t think, as heartwrenching as those circumstances are, we don’t think we should devalue the life of the baby because of the sins of the father.”

And of course, you remember:

If it’s a legitimate rape, the female body has ways to try to shut that whole thing down.

Richard Mourdock, another 2012 GOP Senate candidate who justified opposing abortion in cases of rape, saying that if a woman becomes pregnant under those circumstances, “it’s something God intended.”

GOP Senate candidate Sharron Angle was asked what she would say to a young girl who was raped by her father, became pregnant and was considering an abortion.
“I think that two wrongs don’t make a right,” Angle replied.

“And I have been in the situation of counseling young girls, not 13 but 15, who have had very at-risk, difficult pregnancies. And my counsel was to look for some alternatives, which they did. And they found that they had made what was really a lemon situation into lemonade.”

Really? Being raped by their father and forced to bear a child was ‘lemonade’?!

“She would have had the baby, and as many women who have had babies as a result of rape, we would hope that she would understand the reason and ultimately the benefit of having the child,” Bopp told Politico

Yeah, of course some people would hope that women saw the benefit of being raped.

So yes, they’re all in favor of rape, even raping children, and they don’t even have any qualms about announcing it publicly to the media nowadays. If you rape your own daughter, they’ll give you a big thumbs up and congratulations on your new kid/grandkid.

Side note: This is an election year, and while the big election isn’t for a few months, primaries are already happening now. (My local primaries are today.) Get out there and take part. Remember how things went when Bernie lost the primary and we were left with Hilary vs. Trump. The primaries matter.

I already voted in the MI primary, by mail.

I have a cousin who was raped many years ago, and she decided to keep the child. He’s biracial and is a marvelous man & son, to my knowledge. I realize, however, that she & he may be an exception. She’s a much older first cousin, too, and she was an adult, not a child; I honestly don’t know how old she was it happened. I’m not going to just ASK her. I think he’s just a little older than me. And it was a Black man. I’m going to throw a rope out and say that she didn’t abort because the baby had half her genetic material. I have no idea about her religious upbringing, either. That branch of the Carpenters - from my late Aunt Margaret - grew up in Buffalo, NY. (Note: There were 10 kids all together, and my aunt was widowed in 1970; she was the first Carpenter sister to have to marry, at age 17, in the 1930s.

But they don’t want to. It goes against their fundie-God-beliefs. I think many of them know what they’re doing is wrong - but they won’t lose face, their God forbids it!

I have a friend who is the product of rape, she was adopted out. Her life is literally like the life of Job. Her birth mom did not want her, and learning that was devastating after years of fantasizing about her “real mom.” It’s not a blessing to be a child of rape, or to carry a child from a rape.

I’ve met my 2nd cousin, back at a family reunion in 1990, when there were enough elders still around to have one. I remember him being a really nice guy, and also my mom commenting on how he took care of his mom when she’d had some health issues.

Mind you, this is an exception, but one of the really, really lucky-good ones. 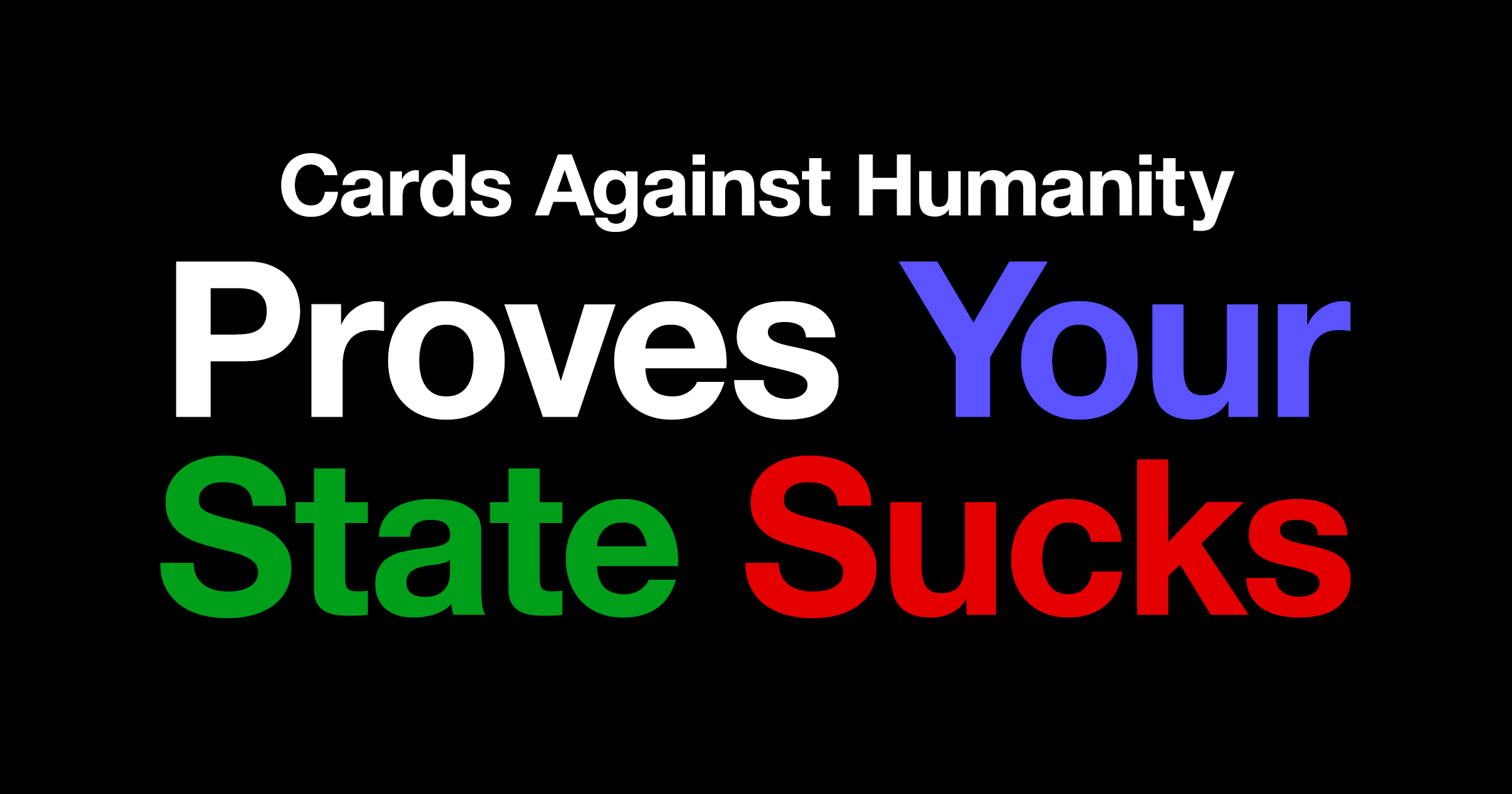 We polled people who live in forced-birth hellholes. You’ll unfortunately believe what we found. 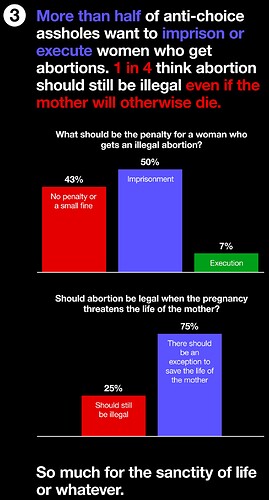 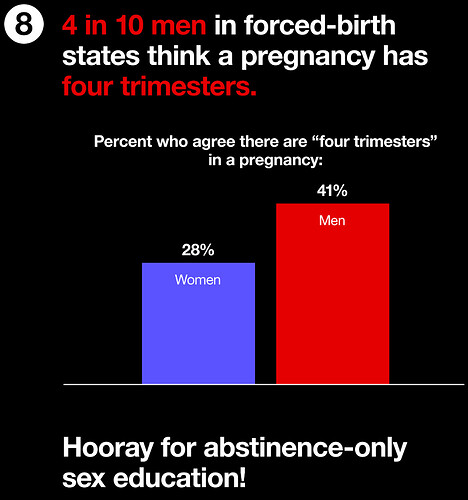 I could easily paste in the entire poll results.

I want right-to-lifers to start manning suicide hotlines…oh wait, that might be quite counterproductive.

Think of all the incels internalizing their bullies.