I have to say I am sad to see this. I remember when our family shopped there as a kid and most of my clothes came from there. They’ve been irrelevant for a while but I still have a fondness for them. Sears files for bankruptcy after years of turmoil

The 125-year-old icon was hit hard as a brick-and-mortar retailer saddled with massive showrooms and has struggled to compete with online rivals.

Done in by a Randist CEO who bought the company with intentions of running it into the ground.

my trademark dark wool coat was a Sears purchase. so too is my trademark letterman sweater.

It seems very odd to me that so many chains which had their initial success with catalogues have struggled so much in the age of on-line shopping. It should have been a natural move for them. But they’ve pretty much all gone down.

If you already have a marketing strategy that works, and has worked for your entire existence, pivoting to something completely different is very hard to learn to do. Alas, Sears has had a particularly hard time learning that lesson. Changing CEOs and buying up more business does not solve the problem.

Changing CEOs and buying up more business does not solve the problem.

No, but I’m sure it makes for excellent stock options for top management (who know when to cash out before they become worthless).

Vulture capitalism is alive and well, and outperforming all other forms of capitalism. The financialization of all industries is eating the world economy. 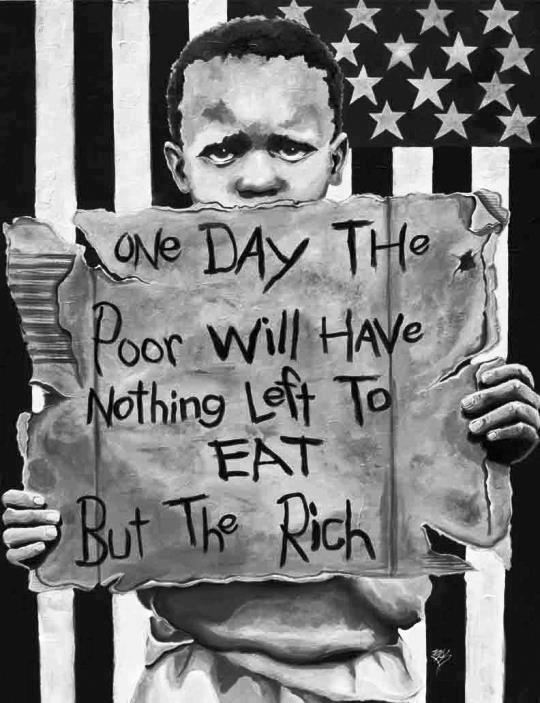 If you already have a marketing strategy that works, and has worked for your entire existence, pivoting to something completely different is very hard to learn to do

Well, they hadn’t had big department stores for their entire existence. To your point, it had been a long time.

What?!?! Ayn Rand’s “philosophies” were flawed and don’t work in the real world?!?!?

I just bought a dishwasher from Sears. I didn’t particularly want to buy from them, but they had the best price for the model we were looking for, after taking into account a labor day sale and an additional discount for using a Sears card for the purchase. Unfortunately, I didn’t have a Sears card, but their website helpfully offered to let me apply for one right there, with the expectation that I could use it immediately. The reality was quite a bit different, as their system wasn’t capable of doing that, not that they were in any way upfront about that, or even aware of it at the customer service level. My wife and I spent some part of two weeks trying to get it all to work, when they finally relented and gave us a discount close to the card discount, but without the card.

I have the dishwasher now, but I wasn’t looking forward to going through this again in 5-8 years. I probably will, just not with Sears.

I finally figured out that the real customers for big businesses are now other big businesses, financial companies, large stockholders, and CEOs. The traditional “customers” no longer matter, so service and products suck. It’s analogous to the old TV model back when there were only 3 networks, where the real customers were the advertisers, and the people watching were just eyeballs to be counted (then divided by 2). (Of course that latter model is everywhere.)

Small businesses have to play by the old-fashioned rules I guess, but not the big ones.

The sociopaths get rich, everyone else suffers.

The reality was quite a bit different, as their system wasn’t capable of doing that, not that they were in any way upfront about that, or even aware of it at the customer service level.

They had a sale on for about 10 days, not too long before they abandoned Canada.

I was looking for a new microwave, so I went browsing on-line. Every single microwave’s description link led to a description about a set of lawn chairs. Always the same set.

So I reported it. Everywhere I’ve worked (admittedly banking and real estate management, not retail), that would have been Severity 1, no-one’s going home until that bug gets fixed.

I checked every day of the sale, and it was always lawn chairs. All I can think it’s they couldn’t afford to have it fixed.

The more I live on this planet, the more I think Thanos had the right idea.

How so? Thanos’s idea was “get rid of half of all living things, randomly chosen.”

Not to mention that the raging assholes that are left would just double down on being assholes.

How so? Thanos’s idea was “get rid of half of all living things, randomly chosen.”

Also it merely set any “population bombs” back thirty or forty Earth years for the entire universe, ignored the demographic transitions of every planet with any space-faring civilizations, and ignoring the damage to society caused by the chaos of genocide. Thanos is basically Elon Musk, but with the Dunning-Kruger turned up to about 12.

But if I could control the snap. It seemed to be random in the movie.

Close. But it kind of depends on what percentage you consider truly malevolent actors. If you think 50% of people are more evil than average, then it evens out. If you think most people are good, and only a small percent are truly evil, then it might not work the same due to their chances of being chosen randomly from a population vs their percentage of that population.

My guess is that the result might be counter-intuitive. I think if evil is < 50%, then it will be reduced. And the greater the degree to which the good outnumber the bad, the greater the degree to which the bad would be reduced - if you had 49% evil people, they might lose only 2% of their population, resulting in 48% evil, but if you only had 1% evil people, they would lose half their population, becoming the 0.5%.

Craftsman tools are fine and good; I bought my own set of red- and clear-handled screwdrivers because that’s what my dad has had since before I was born and I always liked them. The appliances are fine I guess (have never bought appliances, anywhere, though I have browsed at Sears and elsewhere).

The rest of the merchandise…? Utter trash, with very few exceptions.

My parents shopped at Sears, but even by the 90’s most of my clothes were from Penney’s instead. Still got shoes occasionally from Sears though so mid-2000’s when I started buying my own clothes and didn’t have a lot of money and didn’t know where shoes came from or what style was I went to Sears and bought myself some New Balances and was satisfied.

I went back a couple years later to buy new ones (though the originals were still going strong) and the quality of the shoes was as bad by then as the clothes were by the mid-late 90’s. They had New Balances, but they seemed like knockoffs they were so bad. I learned that brands make cheaper versions of their products for the discount stores like Kohl’s, and that’s what Sears sold too. The shoes (and work boots and such) are cheaper, yes, but not by all that much, especially considering they’ll last a few months of regular wear at best.

Sears had a reputation for quality that it just completely threw away.

Not just quality as in durability either, but quality of design and so on too - the clothes are really rather bad on that score. They carried Lands’ End, but it seemed like only the worst, dorkiest stuff.

Target (which we didn’t have in the Buffalo area when I was a kid) must have played a part - the clothes market share Sears once had seems to me to be largely filled by Target now, who have much better stuff at similar or better prices. Sears was once the better inexpensive alternative to K-Mart or Wal-Mart for clothes, but Target swept all of them away and Sears seemingly just got worse in response. And customer service is terrible.

I used to go to thrift stores a lot and I’ve seen a lot of vintage Sears clothes. They had really neat stuff design-wise and the quality wasn’t amazing necessarily but it was good. It’s not their fault people stopped caring about clothing but they certainly didn’t help.

Back when the Sears north of me closed, we were walking by in the mall and it had both “Liquidation Sale” and “Help Wanted” banners.

I thought they should unlock the doors and let it take care of itself.