Slashdot - one of the web’s longest running sites - attracts a rather… eccentric crowd. Much down in traffic (the far-right tends to swarm Stormfront and the many *chan sites) it is now left with total idiots.

Behold, some choice pickings from a thread about Germany kicking linksunten offline: 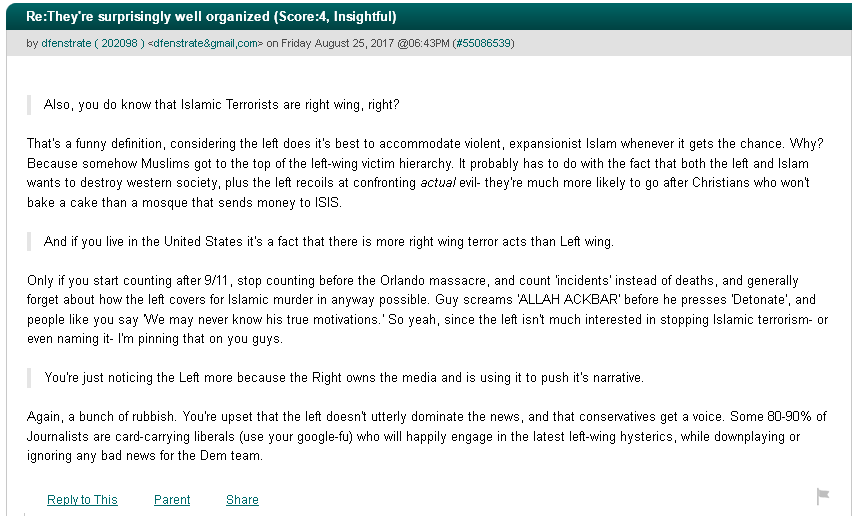 These type of douchebag brogrammers can be found everywhere in “legacy” web communities. The Register is infested with them. Yahoo News is completely overrun by them. Lookit how dumb these idiots are for believing the tripe they spew - your racist cousin suddenly looks much smarter by contrast.

But what do I know, I’m only a man-hating regressive Sharia-loving leftist /s

These type of douchebag brogrammers can be found everywhere in “legacy” web communities.

Is it a sign of my limited cognition that I can’t tell the differences among psyops (disinfo), trolls and brainwashed?

Trolls, for instance, seek out forums in which to provoke readers and commentators, so they have to be exploratory. FB is replete with acquaintances and relatives who use it as a propagandizing post. Disinfo posters, astroturfers by their classification must seek out otherwise innocuous areas to dump their nonsense. The brainwashed I would have thought would stick to echo chambers and be reinfused with outrage by disingenuous misleading stories, but no, they move their bowels into whatever social media they can find.

I’d have thought Twitter, Reddit, 4Chan, FB would be large enough to keep these users and bot-creators happy, but I’m seeing them in smaller, more specialized-topic forums too.

By an odd coincidence, just before happening onto this, I’d followed a link from a Mastodon acquaintance to an article exploring possible biological heritability of political orientation. I don’t buy it: there are too many political arguments at family holiday meals.

When stuff like vBulletin was common every TOS banned hate speech - and that was lost with the rise of social media.

I’ve limited my hangouts to areas where I can mute, block or report. Dissenting opinions are fine, but if one can’t make them without hate speech or belligerent vocabulary, or if they’re not really one’s personal opinions but rather a narrative pushed by their employer/sponsor and intended to go viral, I tune out. Decentralized platforms with their own TOS and codes of conduct (e.g. federated instances in Mastodon) make it easier. If I want political stupidity, I’ll get a FB account and hang out with my relatives.

That’s my point, techbros were consumed with two thoughts: the larger my user base, the larger my investment; and investors (and techbros) don’t consider harassment an issue. They were immediately proven false, and the wriggling under the disasterous form of communication they created became silly. Remember the “if you use your real name, you will behave!” moderation policy?

I’ve limited my hangouts to areas where I can mute, block or report.

Left Slashdot years ago, don’t miss it all.

Stand back! I got this. 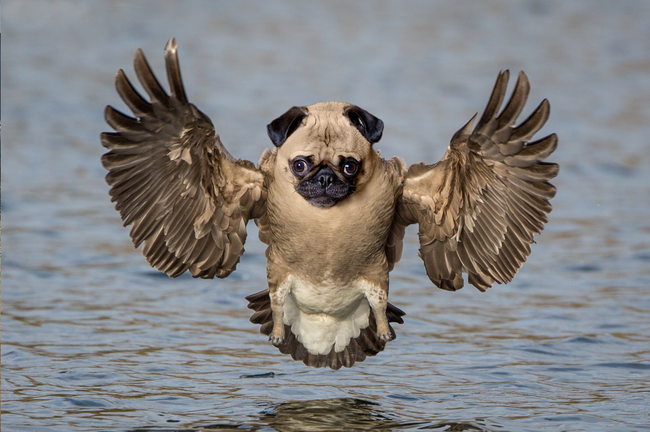 I gave up on slashdot like 10 years ago… probably still a good source for the actual links/posts but the comments have been a libertarian cesspool for too long and now well that comment doesn’t surprise me.

I wish I could say I only follow the uids with fewer digits than mine… But that would mean that I don’t read it anymore. Which is pretty close to the truth.

Same here. I saw the way it was going ten years ago and decided to get out then.

I joined /. when it really was Rob’s blog. In those days I used to wipe my online identities every couple of years and start again with a new one, for various reasons. The last time I closed a /. account it was because I felt it had gone massively downhill because it had been discovered by the sociopaths and the Randians.
They’ve started to infest the Register and I now have my very own stalker - he seems to log on every couple of weeks and systematically downvote all of my posts, then lose interest for a bit. I’ve proved it by making two posts of very similar intent, a short distance apart, but one anonymous. It’s always the named one that gets downvoted.
The problem with the /. moderation system is that it encourages groupthink.

Under a true Randian society, would we even have the Internet or any of the other things that came from government research and money?

That sucks about the stalker…

That sucks about the stalker

It amuses me, especially as I’m pretty sure I know who it is. It’s someone who, I suspect, occupied a low level in an intelligence agency and dislikes my occasional references to them when referencing computer security.