So, You Find Yourself in Ancient Rome

THE SCENARIO: You’ve been inexplicably transported back to Rome in the year 1 AD. With no way to return, and nothing but the clothes on your back, you must leverage your store of futuristic knowledge to carve out a life for yourself in the ancient world. Unfortunately, as you reflect upon the many technological wonders of the 21st century, you realize that you aren’t exactly sure how most of them work, or how you might go about implementing them in the distant past.

THE QUESTION: Given what you currently know, what future principle, concept or technology would you be able to use to your advantage in ancient Rome?

One answer I came up with was the geometrical method of perspective drawing, which probably didn’t emerge until the 15th century, as well as other modern art techniques. Art materials would be pretty easy to come by, and even as a novice I suspect that I’d be able to demonstrate enough “originality” to at least earn a living.

and nothing but the clothes on your back

Okay, but I am wearing this T-shirt: This shirt has how-to information on all of the low-hanging fruit of our modern age. Go back in time wearing this and you'll invent heavier-than-air flight! YOU'LL discover penicillin. YOU'LL be the first to isolate aluminum. Did you know aluminum...

I awaken feeling as though I am in an archaic society every day.

But concepts such as advantage and survival for its own sake I think represent what is so backwards about it. I try to cultivate skills and participate in society wherever/whenever I am.

Luckily, I happened to have an ancient sports almanac in my possession, so I could make a fortune by selectively betting on White, Red, Green or Blue.

I accumulate sestertii until about 14 AD, at which point I fuck the hell out of Rome to Gaul or something, because I’ve read I, Claudius and being wealthy in Rome would not be the best thing to be under Tiberius.

Thank goodness I’m skilled in the art of computer programming.

What’s that, useless you say? Well I’m not sure. Rome had an excess of unskilled labor and perhaps I could employ human computers to follow simple directions, thus cheaply calculating all sorts of Caesar-beneficial tasks, like taxes, forecasts, and catapult aiming.

(But most likely I’d try to escape north and find a friendly barbarian tribe to teach about steam engines, because seriously fuck slavery-based societies.)

(But most likely I’d try to escape north and find a friendly barbarian tribe to teach about steam engines, because seriously fuck slavery-based societies.)

Apparently they used to tattoo stuff like “Stop me I’m a runaway slave” on their slaves’ foreheads.

Seems to me that making ice and distilling spirits are two things that would probably be pretty popular in Rome. Being the guy who introduces Rome to the Martini would make you the life of the party!

What’s that, useless you say? Well I’m not sure. Rome had an excess of unskilled labor and perhaps I could employ human computers to follow simple directions, thus cheaply calculating all sorts of Caesar-beneficial tasks, like taxes, forecasts, and catapult aiming.

With access to the right resources, you could probably go full Babbage:

The Antikythera mechanism (/ˌæntɪkɪˈθɪərə/ AN-tə-kə-THEER-ə) is an ancient Greek hand-powered orrery, described as the first analogue computer, the oldest known example of such a device used to predict astronomical positions and eclipses for calendar and astrological purposes decades in advance. It could also be used to track the four-year cycle of athletic games which was similar to an Olympiad, the cycle of the ancient Olympic Games. This artefact was retrieved from the sea in 1901, and ide...

Seems to me that making ice and distilling spirits are two things that would probably be pretty popular in Rome. Being the guy who introduces Rome to the Martini would make you the life of the party!

Agreed, but do you know how to make ice in a Mediterranean climate?

(How do refrigerators work, anyway?)

Everything I know, I learned from this;
I 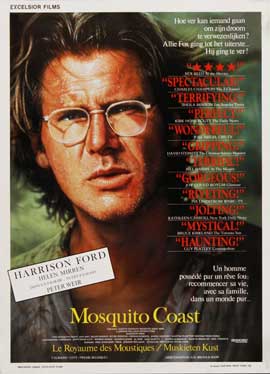 I suppose that’s not actually that much…

Learning Latin and/or Greek would be a pain in the ass while I ingratiate myself with the master while avoiding gastrointestinal disease and staying as far away as possible from both the mines and the diet of the house masters.

After that, paper and printing. Probably take some trial and error. Look for coal, maybe, poke some ironmongers about coke and alloys. Wouldn’t get much done in my lifetime, probably.

I wouldn’t try to tell anyone anything. It’s bad enough trying to do that now.

“I think about you when I go to the bathroom”

So I’d be a woman of unknown class, wearing strange clothes, unable to speak more than a few words of Latin…

I’d be lucky to survive more than a few hours, never mind make a living.

On a slightly more serious (but less dire note than @gadgetgirl)

We’ll start with a movable type printing press because the necessary technology to build the technology exists – I need prototype blocks and a wine press to start, then can move on to more durable materials. See if I can’t score a government contract (bureaucracies run on paper).

See if I can’t get a vaccination ball rolling: sure, maybe she’s a crazy witch, but the people who see her don’t die of smallpox. Try to convince the government that it’s wise military spending to ensure a citizenry that is vaccinated.

Managing to survive while learning the language would be tough. But then I’d seek out the academics and introduce the scientific method. Give their ontology a head start with an overview of the nature of matter and the universe.

Introduce steel, steam and maybe even electricity, although I guess the first killer app for electricity is the light bulb, and that ain’t gonna fly without a good degree of industrialisation first.