I have a couple of new experiences for this week; one of which happened this afternoon, the remainder scheduled for Thursday. I mentioned back in Entry 2 that I have developed a heart condition: atrial fibrillation. Essentially, my heart is beating irregularly, too fast, and somewhat inefficiently. I had an angiogram that came back clear (no arterial blockages) and so the next step will be to do two procedures on Thursday: a Trans-Esophageal Echocardiogram, wherein they stick a tube halfway down my esophagus and have a bit of a sonar look-see at the left atrium of my heart to make sure there are no li’l clot-boogers lurking in there that might get knocked loose and cause a stroke. If it looks all clear, they pull out the tube, knock me out for five minutes, and pull out the paddles to zap my heart like I’m a guest star on E.R.

The idea is to kinda reboot the heartbeat to a more regular rhythm. Hopefully it sticks. The cardiologist I spoke to last week said there’s no real trick to the defibrillator dingus, just point and click, as it were, but the real trick lies in getting the new rhythm to stick. I’ll check in in six months or so and they’ll see how it’s doing. If the atrial fibrillation has returned, then I’ll either get the zap done again followed by a course of anti-arrhythmia medication, or he might go in and perform an ablation, wherein he cauterizes some of the naughty heart tissue that’s beating when it shouldn’t be. But hopefully Thursday’s zap does the trick by itself. And hopefully I don’t have a stroke.

I am not too terribly worried about the procedures. I’ll be knocked out for the zap, so there’s that. I might not be fully under for the TEE, which sounds perfectly gagworthy and not something I’m looking forward to, but what the hell. The weird thing for me is that whatever fear I used to have of death has almost entirely been replaced by a fear of dying before I get my shit together. There has been a fair amount of death in my life. Both my parents died in the last six years, and my kid sister died last year (I also lost two brothers, one in 1992 and one in 2009.) It’s easy for me to envision a world with no Me in it. Except for immediate family, I suspect the world will little note nor long remember my passing, as I really haven’t made much of a dent on it. And I have no belief in any sort of afterlife, so I’m not afraid of either eternal torment in a lake of fire, nor of an endless lounge on a fluffy cloud listening to Stryper songs played on a zither. I expect nothing more or less than oblivion, though I will be delighted if I’m afforded the opportunity to haunt. I told my kids to keep an eye out for my spectral presence. They’re looking forward to it.

But if a piano fell on my head tomorrow, I’ll be annoyed for as long as annoyance is allowed me. (“THAT WON’T BE LONG.” “Yeah, I know, go away, there’s no risk of falling pianos at the moment.” “SORRY.”) I have no life insurance to leave my heirs. I haven’t much of a nest egg. I have no notable body of work. Right not, I’m pretty valuable to my kids as a loving dad, but I’m perfectly useless to them dead. I need to change that. (Not the first part, the second.)

While draining the pool for the second time, my wife and I had a heart-to-heart. It was calm, it wasn’t loud or angry or anything like that, but it was sad. The marriage seems to be pretty much over, as a marriage. Not because of the pool or anything, but the pool is one of many, many indicators and echoes and reflections of a longstanding frustration and disappointment. We’ve been sleeping in separate rooms for a year or more, ostensibly because of snoring, but also because it’s more comfortable. We can’t afford to maintain separate households, nor do we want to throw that kind of monkeywrench into our children’s lives and routines unless we genuinely need to. We’ve been living more or less as friendly housemates who co-parent for quite a while now, and Sam thinks maybe accepting it as the reality, and taking the pressure off trying to fix the actual marriage relationship, might be the better use of time, energy, and emotional resources.

She’s probably right. For a decade I’ve refused to give up hope that we could repair the faults in our relationship, which seemed to ebb and flow but never get resolved over time. I always wanted to try counseling and therapy, and we sort of have, but it’s been hard to get her to commit to the process of working on it, and I have a tendency to forget that things are bad and need work.

For better or worse, this really does fairly accurately represent my mindset on a day-to-day basis: 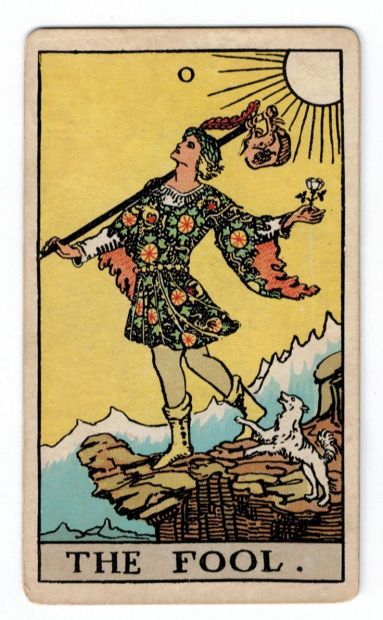 Really. I wake up most mornings feeling rested and optimistic. I tend to forget what angered me or irritated me the day before. I’m a bit of a Pollyanna. And my wife is nothing like any of that.

So anyway, Today’s New Experience was getting tested for Covid-19. Because Thursday’s TEE involves them sticking a pipe down my throat, they wanna make sure I’m not carrying the Rona, so they had me come in for a pre-screening test. My father-in-law got the ol’ nasopharyngeal swab and said it felt like they poked his brain. I wasn’t particularly worried since I’m pretty sure by now they know what they’re doing and they ain’t poking no brains, but I do remember getting my teeth X-rayed by a dentist in the 90s and he marveled at how enormous my sinus cavity is, so I thought maybe I should mention it so they have some idea of how deep to plunge, but as it turned out, Providence St. Joe’s changed labs a couple weeks ago, and now use a pretty shallow nasal swab that’s more of a booger-tickler than a brain-stabber. And it did tickle something fierce. But that was that. They’ll let me know the results before Thursday.

I suppose I’ll continue this post after Thursday. Assuming, as I do, that I survive it. If I do end up having a stroke, well, all my best wishes to you, gang! You’ve helped while away many an enjoyable (if not always productive) hour, and I apologize that these endless pool posts have been such a goddamned drag to read. I may never skydive or kayak off a waterfall, but I do hope to get some more uplifting experiences posted here sooner or later!

Don’t leave the AC on in the garage overnight,

For what little it’s worth, the Fool is a very good card to have, it represents the beginning of a journey, not the end (despite the cliff pictured) and being open to new things. It represents stepping boldly into the unknown, but with everything you need to get through (the bindle on the stick). You don’t know for sure what’s coming, but you’re prepared to deal with it.

Wish you the best of luck. Keep us updated. I enjoy hearing your views on things.

That’s a lot. Thank you for sharing it. Having gone through two marriages ending, it’s so hard to let go, and even when I accepted the inevitable, it still took awhile to finally move on. You are doing the best you can.

Please report back his your heart procedure went.

I did! I’m so sorry I left you all hanging. The heart-zap didn’t quite take (it worked for a couple of days, but then went back into atrial fibrillation), so I ended up getting cardiac ablation in July. That appears to have done the trick. Heart’s been ticking over like a well-ticking tickin’ machine since then, so I’ve been hunkered down, trying to get back into decent physical shape, and trying to spend more time writing and less time online.

Little else seems to have changed since last summer, on a personal basis. (The world’s seen a couple of changes, though, I’m told.) My online footprint has shrunk, and I haven’t even really been lurking anywhere. But I miss everyone. So I’m gonna try to reach out a bit more, try to re-engage with both online spaces and IRL friends, and see if I can’t get a more productive second act going.

Hopefully I’ll have some worthwhile contributions in the reasonably near future.

Oh, good, I can stop mentally calling myself a complete monster for immediately having the thought of what it would mean to get a negative response to that question.

Like a very morbid/spooky version of “are you awake?”…but with internet-connected ouija boards.

Also, on the more serious side, very glad it’s the positive response.

In my defense, if such is needed, I had already seen from his stats that he had popped over without posting the previous day.

It seems to me that it was quiet around here for a few months, but has recently picked up again.

I promise you guys, if it’s even slightly possible to post here from beyond the veil, I absolutely will at the earliest possible opportunity (assuming this platform still exists when I’m scheduled to expire in 2112).

Glad to hear you’re doing ok. I was just thinking about you the other day and then serendipitously @chuckv necomanced this thread. Try to stop by here more often. We miss you!