@mdh AKA mdh_Acer_planetides has been give a 5 day suspension. We appreciate everyone who flagged posts. He is being suspended because we had several different people contacting the staff about his posts, through flags and through emails.

All the staff discussed this suspension. We started this space to keep it more tightly moderated and though no single post was totally over the line, it appeared that people were starting to feel his behavior as a whole was making them feel on edge.

We also agreed to make a public post about this because we want to make moderating decisions transparent.

We are accelerating work on moderation guidelines so we can these decisions consistent in the future. For now, we felt it was important to take some action even though the guidelines are not yet in place.

Thanks @staff for the conversations.

As sent to me by email - Also this place has no way to contact the mods, or even create a quick sock account to discuss a very unreal message you get making accusations when maybe not everyone involved has shown good faith?

We are also aware that you are going through and liking posts of users who have muted you.

I mean, really? Nice story, but hang on. Before you set a narrative on this, here;s my POV. Thanks.

When I’ve muted someone, I’ve also put them on the blocklist, which turns off any such notificiations.

That’s called being responsible. I’d ask if there was a tool to prevent someone from liking someone elses posts, but there is a tool to prevent any such notifications from reaching them. I assume anyone would use that. I do. I have a few people on that list.

I have no desire to preven them from liking something. That’s too far.

Do we really want to get into policing what users are allowed to like?

As for being asked by that user to not interact, that didn’t happen. Not by pm not in forum. Looked back and found no such message sent to me.

It was presented to me as new information as though it were something I should already have been aware of the other nigth by a 3rd party (triangulation? hmmm?)

I’m sure that user appreciates your taking responsibility for her communication of any of that, to me. I had a short conversation with tino the other evening in which it was made known to me for the first time that I was muted by someone and should also stop responding to them (a request I have always honored, when asked to not interact, by someone, with them). I’ve not responded to that user. Not once.

Were that user a totally responsible communicator, rather than VERY passive aggressively getting mods to do that for them - he or she can, at least once, say something like ‘stop talking to me’ or some such - which didn’t happen that i know of. “going through and liking posts”

I’ve asked people for to not inteact with me,

I sure as heck respect it when asked of me.

That step - the one of saying it - was skipped.

It’s wonderful to have advocates, it’s not good when you rely on them to do your talking FOR YOU.

As was done here, by I have no idea who, first I heard of a problem was recently, and now I’m also not allowed to go back and look to see where something went wrong (liking a couple comments along the way) without being accused of

You let me know for him/her. No idea why it would be that way, he/she never said. Not really relevant.

It wasn’t a systematic anything, but there you have it. I look like a bully, and stumbled right into it.

Thanks again for the pleasant conversation. I suppose you should delete my contribution to the AMA if you’re going to play flying monkey today.

Cheers, a fellow human being.

Thanks for the not having double standards.

Thanks for the transparency and for being responsive.

I’m leaving the post. I e suspended the duplicate account. We can discuss this further by pm after the 5 days are up.

I’m hurt every time I have to step in and remind members to Be Like Mr Rogers. Be cool. Because dealing with kerfuffles, derails, it’s soul-crushing.

I like to consider all of you - even polo - as my friends. So it sucks that suspending a friend is necessary.

This past year has been one of sorrow. But there is also light at the end of the tunnel; Trump and his cronies can be beat and have been.

I apologize that it came to this.

Going forward, there is work for us to do. Boosting mute to work server side as an effective personal reality bubble - one that I hope is not needed, but is there. Community standards, transparency…

I can be reached by email in the event I don’t check in: tinoesroho@gmail.com

We stand by the staff judgment.

I apologize for causing any anguish. Sorry.

This needs to be a t-shirt. 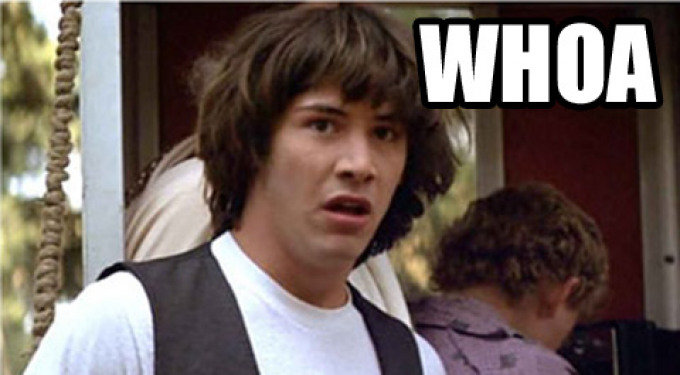 Yes, because giving someone who has repeatedly engaged in borderline stalkerish behavior is just some of the bannings back on the old BBS.

I see what hard to follow comment (by him) about what he supposedly did, like “liking” posts by people who muted him? Is that against the rules? I don’t see that in the code of conduct. The original post here isn’t terribly clear for one promoting transparency.

So, I really don’t know, other than being hyperargumentative, what he did to get a suspension, I mean, besides a bunch of people complaining, which I guess is enough.

I’ll be blunt: when multiple people tell you to stop contact, don’t continue to contact across multiple sites.

being hyperargumentative […] a bunch of people complaining

A timeout of only 5 days doesn’t seem incredibly out of place for what you’ve got there. Very importantly, unlike some other place, this seems to be driven by community reasons and not a mod unilaterally swatting.

If there were other issues in private that added onto that, well… I wouldn’t expect mods to discuss details of that in public, because it’s private.

So, I really don’t know, other than being hyperargumentative, what he did to get a suspension,

@staff might want to consider, if somebody posts something offensive, EITHER deleting the posts, OR suspending the user, but not both. Then, if somebody gets suspended, others will be able to see the evidence and make their own judgments.

first time I’ve seen a declaration of a suspended user since this site was made.

I received a PM from @d_r with the message as posted: Please permaban me. Cowicide style. I don’t know his or her reasons, other than I assume it may have had something to do with a heated conversation regarding academia the shortly preceded the request. I don’t believe there were any flags that preceded the request. I briefly toyed with the idea of blocking rather than banning the user, since that would permit them to log in but not comment, but decided to honor their request explicitly. F…

This is the first suspension that wasn’t self-imposed(requested?)

bbs.elsewhere.cafe@gmail.com is also available for contact outside of the BBS. It’s supposed to show up on the about page, but I’ll have to see why that’s not the case.

@staff might want to consider, if somebody posts something offensive, EITHER deleting the posts, OR suspending the user, but not both. Then, if somebody gets suspended, others will be able to see the evidence and make their own judgments.

Oh, I didn’t think of the idea that he might have posted something that was then deleted. That makes a bit more sense.

I don’t actually know if that’s what happened this time either.

I thought he was being pretty rude to @gatto @Nonentity this morning but I didn’t flag anybody, and I didn’t see anything that was worth suspending people over.

I’ve been traveling a lot, so I have no idea what’s going on basically at all. But I thought muting just made it so you don’t see someone’s posts, not so that they can’t contact you? Or do you get a warning if replying to someone who has muted you?

I’ve been traveling a lot, so I have no idea what’s going on basically at all. But I thought muting just made it so you don’t see someone’s posts, not so that they can’t contact you? Or do you get a warning if replying to someone who has muted you?

There are two types of mutes:

The former can be set in your user control panel, but doesn’t always properly block notifications of actions.

The latter hides the content of posts. You can set this by pressing the mic icon beside post info.

Thanks, that’s helpful. I’m still sort of confused, though. You wouldn’t know that you’re liking the post of a user who has muted you in either case, though, would you? I’m confused by the message MAP got because I always thought of mutes as, like, “this person is bugging me, maybe I should take 5 and not see their posts” as opposed to something that requires action from the other person.

Or maybe I’m misunderstanding this as part of a larger pattern of trying to provoke a reaction via notifications of someone who muted you via the mic button?

I think that I probably should have tried an email first. I had planned to do it that way, then more flags got thrown, and I decided to just act because I was getting concerned about the tone of everything here and needed to take care of that first and foremost. The staff had made a decision already and it started seeming more and more critical to act sooner rather than later.

I am not having the best day today. I’m still pretty messed up from my dad’s recent death and other personal stuff going on. I do want to talk about all of these decisions and how to do it better next time.

I’m going to get some rest tonight and hope tomorrow looks a little better and then I’ll wade in here and start talking about what worked and what did not. Initial thought: what worked - staff working together; what did not - me communicating well what the issue was and giving warning.

I thought 5 days would just give us all a little space.

re: deleting posts - I do not delete posts because I want the record there of what happened. I have been on boards where people used the delete in really bad ways to go back and destroy threads and everyone would be scratching their heads. I’m a big believer in people seeing the good, the bad, and the ugly because I think it’s important not to sanitize it. We are all going to get this wrong sometimes. And hopefully right most of the time.

The former can be set in your user control panel, but doesn’t always properly block notifications of actions.

The latter hides the content of posts. You can set this by pressing the mic icon beside post info.

Do I get a notification when someone mutes me? If not, how can I not “like” their posts if I’m not supposed to when muted if I don’t know I’m muted? Is this spelled out in a code of conduct somewhere or are we making this up by the seat of our pants as we go?