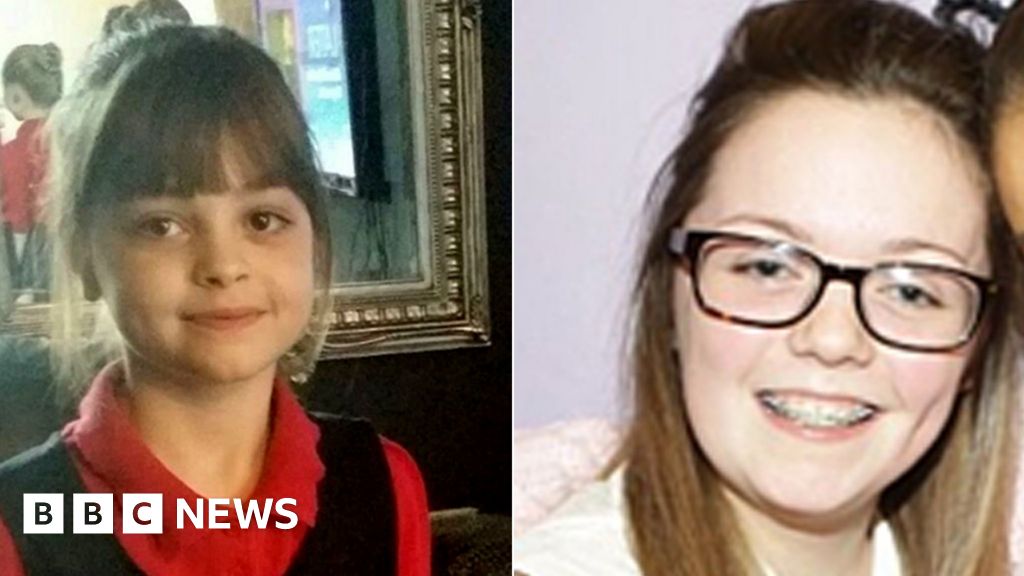 Theresa May says security services believe they know who carried out the "callous" suicide bombing at the Manchester Arena.

From what’s trickling out it looks like a lone suicide bomber targetting children.

I have no words for how appalling this is.

This is a horrible event, and I can only hope the world reacts appropriately (not by military engagements). I think it has been since Sandy Hook since a terrorist attack targeted children in the west.

Was Sandy Hook a terrorist attack? I was thinking of Breivik in Norway.

All we know (because the terrific police work in the case) is that the family had strong ideological ties to amassing weaponry against external threats, but extreme mass shootings for ideological reasons are either all terrorism or not terrorism in my mind. Slicing it between obvious political extremism like Breivik, Islamic recruitment like the Pulse nightclub shooting, obvious misappropriation like the Dallas snipers, or vaguer ideologies like Virginia Tech or Sandy Hook is a foolish endeavor. Allowing media to show the detailed ideologies at all is a mistake, but then to let politicized media and propaganda to shape universally abhorrent actions as less abhorrent when “random crazies” do it versus “evil Muslims” or “the Ferguson Effect” makes everything worse on all ends.

But this is a complete and unimportant aside given the tragedy, which is on the top-most tier of the worst things a human can do. I hope the families involved can get the resources and help they need to recover as best they can from extreme tragedy. And that’s what I mean about the proper reaction - helping the people affected and not spinning into helping the terrorist by feeding their ideology.

You’re right of course. I wasn’t (I don’t think) trying to quibble but thinking hasn’t been strong today.

I work a stone’s throw from the Arena and was there 2 weeks ago to see Maiden so I’ve got a really clear picture in my head of what the space looks like. And I know several people who were very nearly there.

It’s all a bit… close to home at the moment.

I can only imagine. I probably bring up Sandy Hook easily because a friend of mine went there when he was in elementary school. These things deeply affect millions of people who have pretty close ties to the area, and those affected are not likely to move either so they have to live with the memories.

Al Jazeera reports the arrest of a 23 year old man in connection with the bombing. ISIS-linked Twitter accounts have claimed responsibility, though it is unclear whether the attack was ISIS directed or another group’s lone wolf. 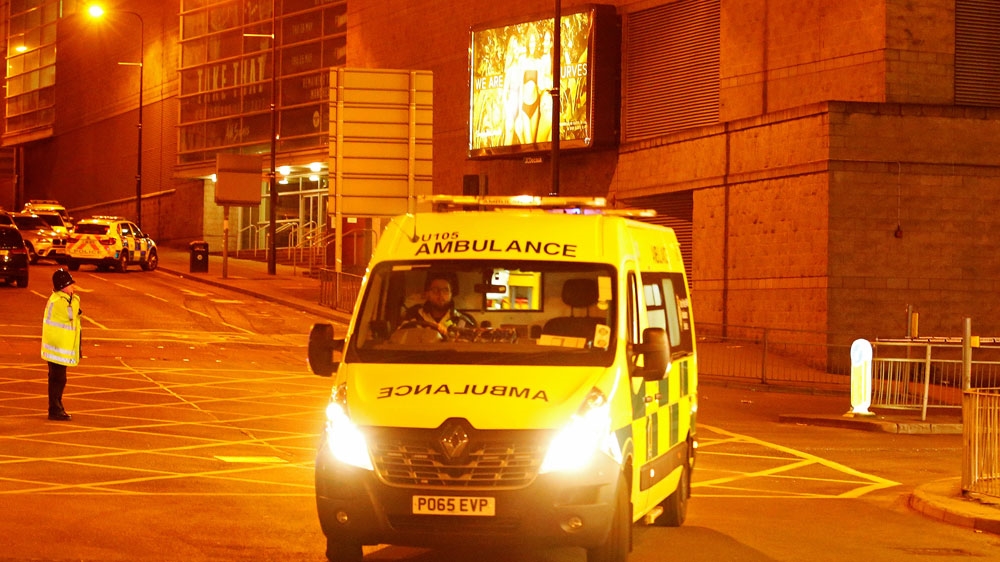 Al Jazeera reports the arrest of a 23 year old man in connection with the bombing. ISIS-linked Twitter accounts have claimed responsibility, though it is unclear whether the attack was ISIS directed or another group’s lone wolf.

Daesh, of course, like to make stuff up. But it’s not unreasonable to assume they work like secret services do - identify loners with suitable levels of mental illness using social media, work on them to brainwash them, and then provide them with the means to kill people.

We can’t at this point stop social media, nor should we, but I think we are going to have, at some point, to face up to the consequences of serious moderation. People may yet have to pay as much for Facebook as they used to for newspapers.
Meanwhile Facebook still considers violent death and marketing to vulnerable individuals to be OK but bans female nipples. More sex, less violence may not be the most exciting slogan, but it might be the most desirable.

There have been, always, disaffected youth who seek glory or revenge at a seemingly uncaring world through violence. Whether the name of their friends were Basque, Quebec, Irish, Christian, or Muslim separatists.

My heart breaks for the victims and families of the dead.

Is there a solution to this problem of violence? I hope so, and pray we find it.

There have been, always, disaffected youth who seek glory or revenge at a seemingly uncaring world through violence

True. But in the past it was harder for evil organisations to reach them.

it’s interesting how they always claim responsibility after the person commits the act and is dead, so no one can dispute it. this way they look like they are OMG EVERYWHERE, thus ramping up the terror factor with little or no effort on their part.

There has been a rise in international terror along side the internet. Better communication is the bread and butter of the ones recruiting cults and cabals.

Susceptibility in the population for individuals to go rogue hasn’t changed. What has is that now instead of being limited in recruitment to locals, “freedom fighters” can draw volunteers from anywhere. The number of Canadians gone to fight for ISIS or against ISIS with the Kurdish PKK attests to the competition to recruit those individuals, who in old times would have been local outlaws or separatists.

Interestingly, with the rise of more literacy globally, the height of Western European imperialism also meant there was an interconnected network of activists and terrorists operating along colonial networks of communication:

In this sparkling new work, Benedict Anderson provides a radical recasting of themes from Imagined Communities, his classic book on natio...

Interconnected global networks of power carry along their own opposition. 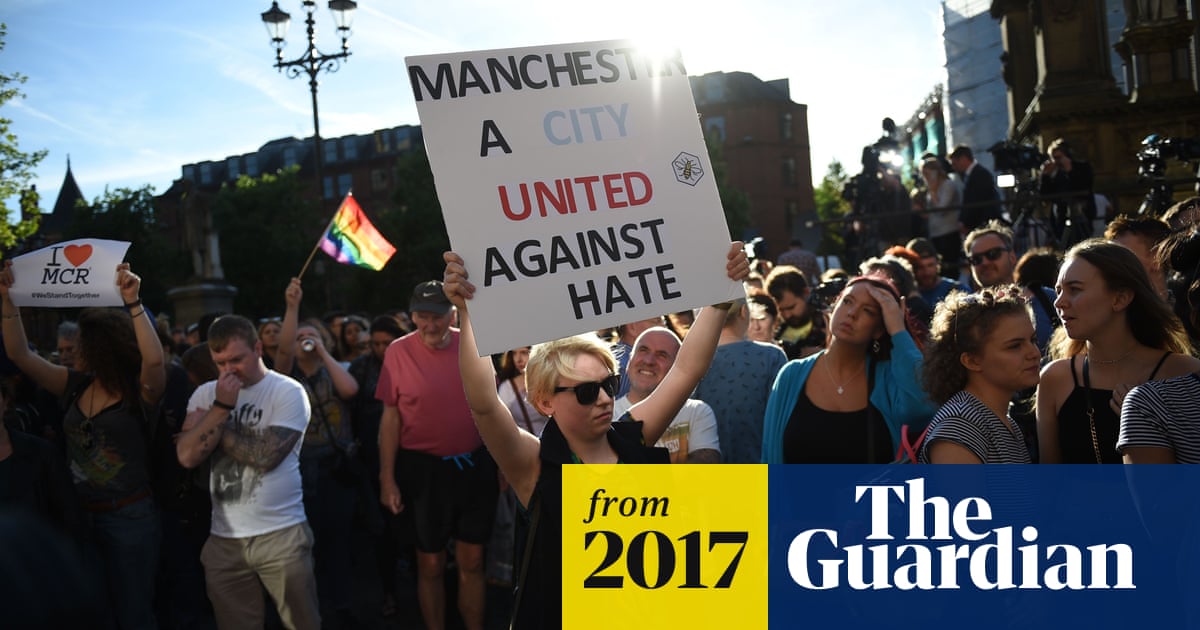 I went into Manchester for this and couldn’t get near the square. That’s to the right past the tree. 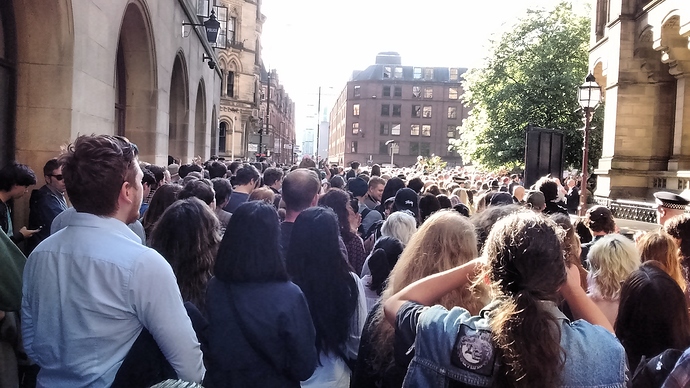 Also went to St Annes Square to lay some flowers. You can see a cellist in the background who was playing beautiful, sombre music. 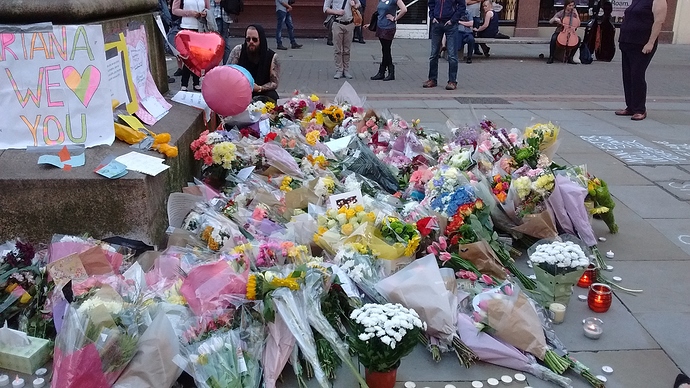 This is so fucked up; there are no words.

It is, and there aren’t.

(It’s also the second recent one timed to interfere with our democratic processes.)