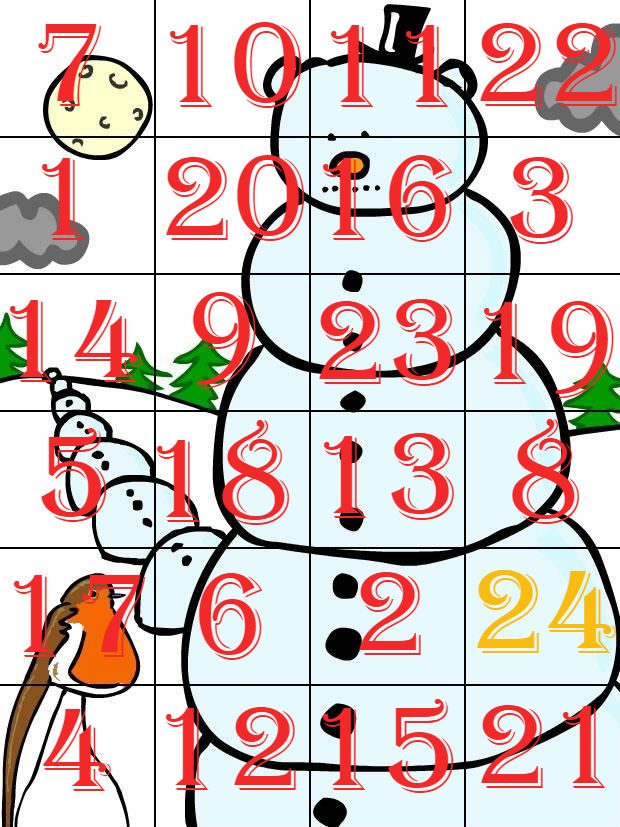 We like to have our eyes fixed on the future here at RPS, celebrating those games and creators that push things forward, but from time to time, tradition can be a fine thing and the RPS Advent Calendar is our grandest tradition. Here’s how it works....

RPS is probably my favorite PC focused gaming blog(?) They consistently write good articles, and their Advent Calendar is a fun annual tradition.

AND SO IT BEGINS The first window of the Advent Calendar has opened. There’s an almighty ruckus within… It’s Wolfenstein II: The New Colossus! Alec: A first-person shooter with heart. And also with the sort of bug-eyed mania that means seeing even a...

I took a brief break from Wolfenstein II: The New Colossus, but I haven’t regretted any of my time spent with it. Between it and its predecessor, they are the best single-player FPS games I’ve played since probably Half-Life 2.

The second door creaks open…there’s music and light within. This is the kind of place you could happily stay for a while… It’s The Norwood Suite! Adam: The Norwood Suite is a game about visiting, and working in, the best hotel in the world. The...

I hadn’t heard of The Norwood Suite before. It sounds… fascinating?

The hunt for the games of the year continues. Whole new worlds wait behind the third door… It’s Torment: Tides of Numenera! Matt: It’s possible that one of my most memorable gaming moments was a product of chance more than design, but Tides of...

I always seem to get analysis paralysis with WRPGs. Torment: Tides of Numenera seems like it would do that to me as well.

Which game is responsible for the decking out this door so stylishly? Let’s take a look… Which game? WITCH GAME MORE LIKE. It’s Bayonetta! Katharine: PlatinumGames may have made its name on console, but golly, what a treat it is to finally have...

Bayonetta is a game I’ve been meaning to play for awhile. I think I’ve got it on 360. It seems like it’s on the other end of the depth scale from a game like Torment: Tides of Numenera, but sometimes that’s exactly what you want.

The days are so short at this time of year that the light of the sun barely touches the mighty calendar. It’s particularly dark inside door number five… It’s OneShot! John: Released in December last year, OneShot employs RPS’s unique Advent Rules for...

I’d never heard of this one(OneShot). It sounds really interesting.

Winter is not coming. Winter has come. It’s here, it’s cold and it shows no signs of letting up. Perhaps the contents of door number six will warm us.. It’s Northgard! Matt: I haven’t played an RTS since Starcraft, so Northgard was a great reminder...

Northgard seems like it has potential. I like the idea of an RTS that doesn’t require constant micromanagement, but I’m not sure if I’m up for an RTS that is more complicated the Kingdom/World of Keflings at this point.

There’s a gaggle of Christmas carolers gathered around this door. What has drawn them here? It’s Songbringer! John: Procedural generation is so very often used to great effect in games where starting over is a frequent occurrence. As a result, the...

Another game I haven’t played or heard of, to no one’s surprise. This is one of the great values of a series like this. Stormbringer looks like it could be fun. The Pixel-art aesthetic may look tired in stills, but in motion it looks remarkable.

There’s more than one type of Christmas card and more than one way to deck the halls. It’s Hand of Fate 2! Alec: A delightful melting point of recent gaming vogues: CCG, dodge-or-die combat RPG and survival/permadeath roguelike. HOF2 does a hell of a...

Another interesting game that I should check out at some point, which I suppose is the point of this exercise. I think I might have the first one on some platform that I got through a bundle or GWG.

No obstacles can stand in your way as you seek the glories of door number nine. It’s Getting Over It With Bennett Foddy! Graham: You are a half-naked man in a cauldron of water. A mountain stands before you, made of rock and metal and detritus. You...

I’ve seen references to this doing well in the Streamer circuit, in that it streams well primarily for schadenfreude.

You can’t fight in here! This is the war room door number ten. It’s Rakuen! John: I honestly wasn’t sure which way it was going to go. A first-time developer, even if that developer was Laura Shigihara, she behind many great gaming songs and...

This is exactly the sort of game that I would never even know existed without RPS.

This door really swings. It’s West of Loathing! Alec: Ah, I’m so glad this made it onto the calendar. Almost no other bugger on staff played it, to my knowledge, and maybe that’s because they’re all cruel and heartless fools, or maybe it’s because...

This seems like a nice counterpoint to Rakuen, which seemed to trend towards sadness.

You’ve gotta fight, for your right, to… fight? Door number twelve is open. It’s Battlerite! Matt: The creative director at Stunlock Studios described Battlerite to me as ‘the fighting game of the Moba world’, and I can’t think of a better way of...

This does not seem like a good fit for me personally, but Moba and similar genres have yet to take hold.