Here is an excellent series of investigative reporting from journalists in the Balkans, who have traced the illegal flow of weapons into the middle East’s conflict zones.

The Organized Crime and Corruption Reporting Project (OCCRP) is a global network of investigative journalists. 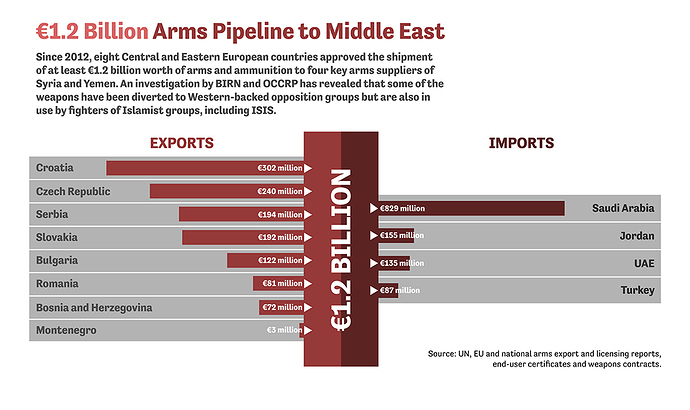 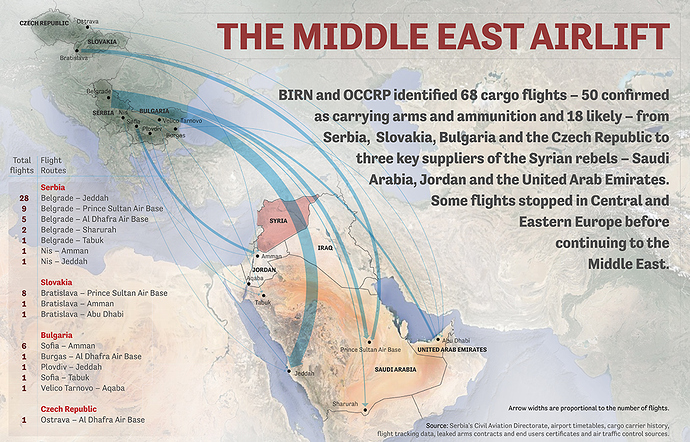 Additionally, veteran middle East journalist Robert Fisk has an article where he has traced exactly where these weapons have ended up- in the hands of al-nusra and other allied jihadist groups 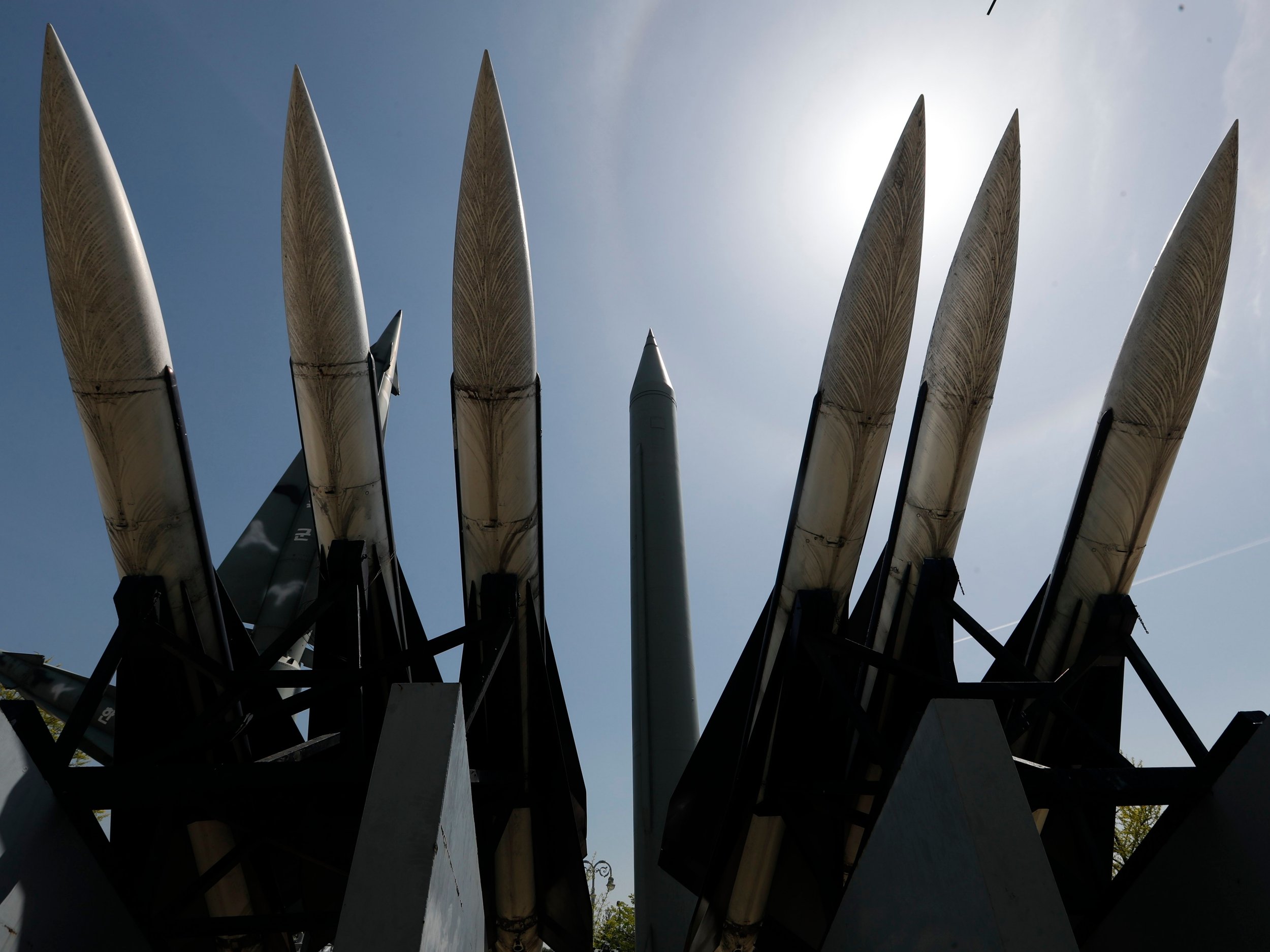 'I traced missile casings in Syria back to their original sellers, so it’s...

Thanks for posting this. Other than $$$ I wonder what the Serbian and Croatian governments are getting out of this. Wouldn’t it be crazy if they are asking for the Saudis to continue the radicalization of Muslims in the region? Especially down in Kosova, as that would justify Serbia’s continued hardline stance about Kosovar independence.

Can’t rule anything out, but I’ve no idea about a secondary motive for this- As far as the reporters are saying, the financial decisions seem to be driving everything.

From the article tracking a Serbian machine gun:

“I adore it when we export arms because it is a pure influx of foreign currency,” Serbia’s Prime Minister Aleksandar Vucic told reporters last August.

And from what the articles are saying, there’s so much money being thrown at this that every country that’s a supplier of Soviet-derived weapons seems to be in on this.

Of course, that whole “Soviet-derived” bit should be (abd probably was) a dead giveaway. Neither Saudi or US aligned forces in the region use eastern bloc kit, so there’s no reason for them to be importing hundreds of millions of dollars worth of it.

Of course, it would be even more obvious and suspicious if the totally spontaneous and indigenous rebel forces popped up with shiny NATO-compatible materiel, so this is the result.

“I adore it when we export arms because it is a pure influx of foreign currency,” Serbia’s Prime Minister Aleksandar Vucic told reporters last August.

What’s really interesting about that is that part of the problem in Yugoslavia that helped to drive nationalism was that the largest sector of the Yugoslav economy came from remittances (ie, foreign currency).

every country that’s a supplier of Soviet-derived weapons seems to be in on this.

Indeed. And of course, much of the JLA’s weapons were Soviet in the later era, after post-Stalin reapproachment between the Soviets and Yugoslavs. During the war, the Russians were also most likely funneling weapons into the region to support the Serb militias and much of that probably landed square back in the hands of the JLA.