The GOP tax plan is out today, and my prediction is that, unlike the obamacare repeal/replace attempt, this thing is going to sail through before the end of the year. So what’s in it? Let me sum up;

NOTE: this is just my “hot take” so if others have more info or insight, please feel free to correct me.

I haven’t read the proposal, so this is all IMHO based on your description of it. An “extra hot take” if you will:

Corporate tax rate is almost irrelevant for large entities due to ease of avoiding them, and decreasing could be a slight boon to middle class business-owners. (Just watch out that this could drive businesses into hiring more “contractors” and fewer full-time employees.) Estate tax is similar in some ways; it’s easy for the filthy rich to avoid the brunt of it.

IMO elimination of AMT is what hurts most here, and opens the doors to new avenues of revenue abuse by the wealthy. Bad idea. If anything the AMT and capital gains rates should be increased; income from wealth should not be preferred by the tax code. On the contrary, I’d argue income from stock & property should be taxed much higher than labor.

Reducing mortgage interest deduction: actually a somewhat good idea? I could imagine this driving construction to build a few more affordable homes and a few less McMansions. I wonder how easy it would be to institute a progressive interest deduction that would truly support ownership of “small” properties and discourage ownership of huge ones.

Oh, but then there’s this

this is a big deal: including Johnson Amendment repeal in tax reform is going to make dark money political spending TAX-DEDUCTIBLE https://t.co/y2UizJDVK0

Might be time to join the Satanic Temple. They’re the ones fighting for reproductive rights and against 10 commandments monuments, right? Not the ones who actually worship the devil, of course.

I don’t know what all Satanists believe, but I might very happily join a church that canonized The Marriage of Heaven and Hell.

Corporate tax rate is almost irrelevant for large entities due to ease of avoiding them,

I think you may be dismissing a significant revenue source in corporate taxes; any company that pays dividends is paying them out of the company’s profits, and those dividends are taxed. That’s about $1 trillion annually in dividends, which comes from some of the largest companies.

and decreasing could be a slight boon to middle class business-owners.

This is a valid argument, but I also worry about the number of “corporations” that are going to be created to avoid personal income rates in favor of lower corporate ones. This could create a loophole for some people who aren’t wage-earners to create corporations to essentially wash their money through. I know this is already somewhat popular in the freelance community, but my understanding is that the new tax code is going to make this a lot easier, and a lot more profitable. That might not sound like a bad idea, but what it means is that wage-earners who can’t do that end up bearing the majority of the tax burden.

I think there’s an argument to be made for this, but the downside is that this is going to disincentivize home ownership, which could lead to another housing market collapse. It might also consolidate home ownership to the landlord class, and widen the income divide as more people become renters instead of owners.

On the contrary, I’d argue income from stock & property should be taxed much higher than labor.

I couldn’t agree more. People who work should pay less taxes than those who have their money work for them.

IMO elimination of AMT is what hurts most here

This, nuking the estate tax, and deleting the deduction for state and local taxes are what piss me off. The latter puts enormous downward pressure on spending of public money at the local levels. Way to go to make the states all like Florida. Yecch.

this is a big deal: including Johnson Amendment repeal in tax reform is going to make dark money political spending TAX-DEDUCTIBLE

And just try to deduct a $50 donation from your personal taxes.

This will only work if you’re rich enough for deductions to mean anything.

Might be time to join the Satanic Temple. They’re the ones fighting for reproductive rights and against 10 commandments monuments, right? Not the ones who actually worship the devil, of course.

I know some of you are grad students; this allows taxing on tuition paid on your behalf. Also eliminates student loan interest deduction (which is a deduction you can take without itemizing).

Ironically, this will probably hurt red states more. Universities are good employers in a lot of rural areas and this will hurt recruitment as stipends in red states (particularly southern red states) tend to be marginal (than a typical already-marginal student stipend) without an added tax burden.

Edited to reflect the elimination of deductions for student loan interest and medical expenses.

what strikes me is how much it’s the opposite of progressive taxation. at the very bottom, the entry to higher tax brackets is quick. the more you make, the more it steadies out. seems the opposite of any rational plan.

i definitely think the biggest issue tho is the corporate tax give away; the rest is kind of a wash. and i haven’t heard anything yet about capital gains. ( who earns 500k in raw salary anyway? )

the student loan thing is also big deal, i hadnt heard about that before now.

the democrats seem to be pushing the “it’s a tax give away to the wealthy” thing. i think that does everyone a disservice.

the real issue is the increased deficit which will increase the pressure for austerity on everything from obamacare to the epa. add in a war here or there and the social safety net will finally rip.

no spending on infrastructure other than border walls. no jobs training other than military ones. no healthcare unless you tie yourself to a corporate employer. anyways, this furthers that world.

the dems seem to be saying this tax cut is bad, rather than arguing why taxes are good. pretty much means they will lose, and we’re dependent on the republicans not being able to get along.

I know some of you are grad students; this allows taxing on tuition paid on your behalf. Also eliminates student loan interest deduction (which is a deduction you can take without itemizing). 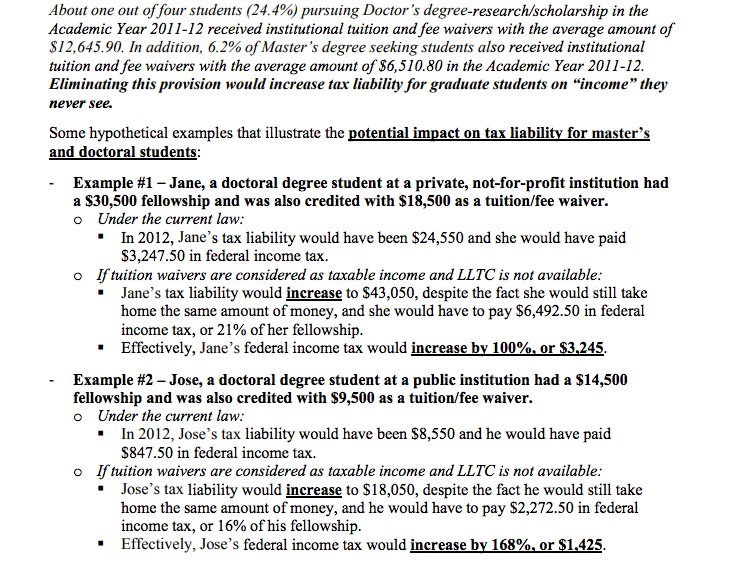 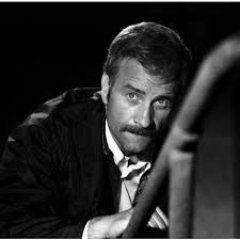 The dictatorship of the bourgeoisie aspires to confine graduate education to their own class. twitter.com/gjmbur/status/…
4 Likes
Wanderfound November 4, 2017, 10:39pm #15 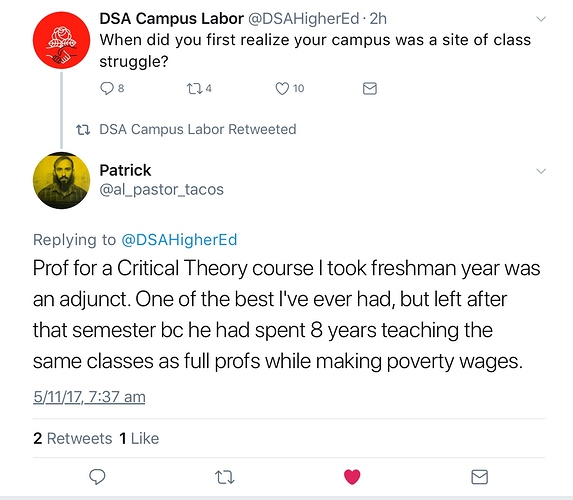