The history of ‘street level’ pinballs 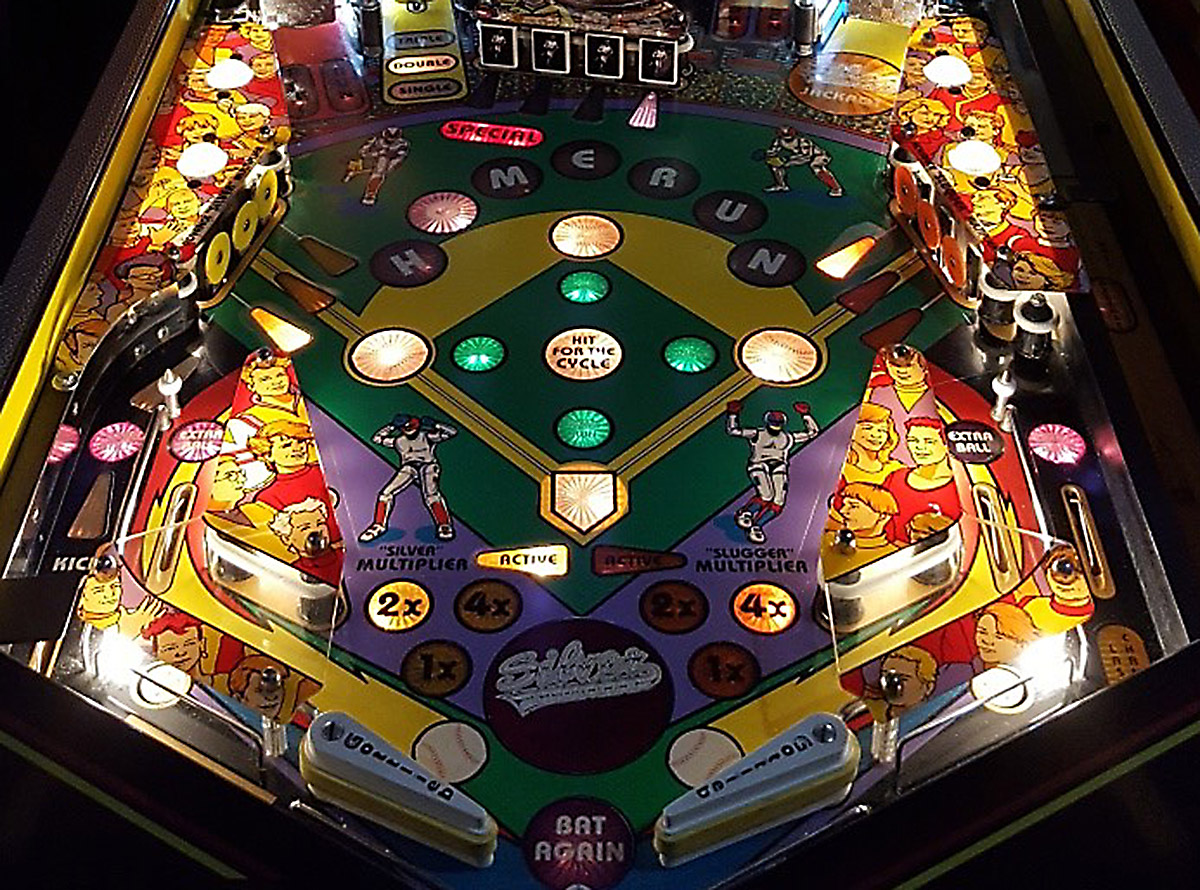 THE HISTORY OF ‘STREET LEVEL’ PINBALLS

In the course of preparing for a podcast segment, I began my journey down the rabbit hole on 'street level' pinball machines. A short-lived experiment, that in brevity could merely be described as tried and failed, but in reality is a slightly more...

Another article about pinball. This one has charts and graphs.

I haven’t played any of the Street Level pins, but I should get a chance to play Silver Slugger some time.

Full Disclosure: I have a personal affiliation with the author of the article.

wow, OK; now I understand the concept of what a Street Level table is, why they were made and why they were subsequently withdrawn,
but…
Were they any good? Were they fun to play?

My number-one question about them not only not answered, but not addressed.
Also, I guess it must be industry jargon that I’m not used to, but referring to the entire machine as a “pin” confused me, since pins are part of the tabletop as well (hence “pinball.”) One assumes that the internet has standardized the term, but I don’t follow it like that. I just like to play, man. If I see Silver Slugger next to, say, Guns & Roses, should I bother with SS or go for the sure shot?
This type of site and its writing is seemingly for people who need pinball to be srs bsns, of which I am thankfully not one.
None of which is your fault, though, @LockeCJ; I’m mindful that I’m coming down on something trivial. I’m glad for the link to learn what I did, I just got excited about pinball and had a certain expectation, I guess.

Yeah, it’s kinda funny that the reasoning behind them seems to be lower initial cost (which the distributors apparently cancelled out through their own greed) and lower downtime and maintenance costs through mechanical simplicity. But it seems to be a given that the Street Level tables wouldn’t earn all that well in a well-stocked arcade, compared to most of the fancier tables, except of course when the place is crowded enough where all pinball machines are in use, or when the fancier games break down. They’re probably fun, but not as much fun. Still, a good choice for a small-town Mom-n-Pop pizza joint that can’t afford Pinbot.

Were they any good? Were they fun to play?

These are good questions, but not so easily answered. What are the important parts of a enjoyable pinball experience to you? Here’s a very quick and non-exhaustive list of factors that I can think of:

I guess it must be industry jargon that I’m not used to, but referring to the entire machine as a “pin” confused me, since pins are part of the tabletop as well

Totally. I would consider myself an enthusiast and I still encounter terms that I’m not familiar with. The IPDB can sometimes help with that through their glossary.

If you want to get really pedantic, GNU/Linux style, then modern pinball should be properly referred to as Flipper Pinball. The flipper as a game play mechanic was introduced later, and represents one of the most significant innovations in the game’s history.

If I see Silver Slugger next to, say, Guns & Roses, should I bother with SS or go for the sure shot?

I still haven’t played Silver Slugger, although I intend to. I’ve not played Guns N’ Roses either, so I can’t give you a direct comparison. You could certainly take a look at the playfields and see how they compare, but if none of the compromises that were made to the street-level games are dealbreakers to you, then I’d definitely check them out if you get an opportunity. Of course, I’d recommend that you try out any game you haven’t played before, because you might find something new that you like, and the opportunity cost is usually very low.

This type of site and its writing is seemingly for people who need pinball to be srs bsns, of which I am thankfully not one.

I was aware of Pinball News prior to these articles, but I hadn’t visited there before, and I haven’t read anything else there. I’ll have to ask the author(Dennis) the next time I see him, but I would guess that he intended to inform rather than take a position, similar to the neutral POV of a Wikipedia article. In talking with him prior to the publication, his primary focus was on answering whether or not Gottlieb was sunk because of the failure of this experiment, or whether there were other factors. If you’re looking for more opinion-oriented content, he does co-host a podcast, and they do discuss this topic/article on a couple of episodes.

which the distributors apparently cancelled

a good choice for a small-town Mom-n-Pop pizza joint that can’t afford Pinbot.

I think that the distributors are a large part of the problem here. I think if Gottlieb had found a different means of getting the machines to their intended audience, and if they had split their production between street-level and more traditional machines, they would not have been remembered this way.

This is running long, but I wanted to add one more thing. There is a game being produced by Spooky Pinball called Total Nuclear Annihilation. It has no ramps or extra playfields, very much in line with the street-level concept. I played a prototype of it earlier this year(before Spooky got involved), and it was some of the most fun I had among 400+ machines available at the show. Here’s a video that should give you an idea of how it plays:

I’ve recently played the old Dolly Parton table which seems to be a 70’s era game. It’s not a very good game, but I enjoy playing it for how stripped-down it is. Of course, there’s a Terminator 2 table right next to it, which is completely the opposite. So, I switch over to that one for a shot in the arm. 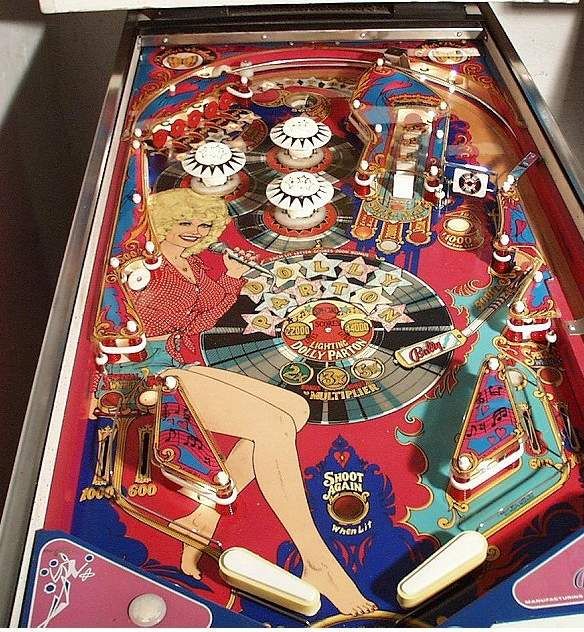 Way way way back when I was a wee freshman engineering major there was an old school bells and non digital scoring machine in the laundry room. It didn’t take long for me to get multiple games and leave credits for whoever was next with only a quarter.
The other game I would regularly leave free games sitting on was Earthshaker which I played on my lunch break after changing majors and schools.

There was some kind of minor mechanical glitch in the PIN*BOT game in my college’s student union, whereby it was relatively easy to get the ball trapped between a bonus bumper and a wall, allowing the bonus amount to rise to some incredibly high amount before maxing out, and a very judicious bump (not strong enough to trigger a tilt) would free the ball, so you could then collect the bonus. I’m not a great pinball player, but I got some ridiculously high scores and loads of free games on that one.

Also, going up the spiral ramp really fast allowed the ball to contact the glass with a fairly loud bang; eventually the glass cracked. That machine got a lot of use.