Jodie Whittaker Is Doctor Who's Next Doctor

After months and months of rumors, speculation, and flat out waiting, we finally know who is taking on the TARDIS as the thirteenth Doctor in season 11. Ladies and gents, say hello to your new Time Lord: Jodie Whittaker, the first woman in Doctor...

It’s about goddamn time.
And I am frustrated I am going to have to wait for the xmas special to see it.

And if this makes the manbabies cry, then good!

And if this makes the manbabies cry, then good!

I think it has and that will make it all worth it, even if she’s a terrible Doctor!

i haven’t seen ANYONE saying this is anything but a good thing. i HAVE seen tons of people saying they see people crying about it, though. i’m excited – it’ll be a welcome addition to the canon.

I saw a couple of unhappy dudes in the io9 comments (just a smattering), and people there keep linking to tweets from dudes who are throwing a fit as well as to comments (in places like the Daily Fail, etc) full of misogynistic shit. But yeah, most people are happy about it.

ahhh. i was wondering where it was all coming from. i haven’t read iO9’s threads on it yet. i wonder if it’s being amplified beyond its proportion. seriously, it’s such a good thing, i don’t see how any real fan of the show could be unhappy about it.

i don’t see how any real fan of the show could be unhappy about it.

Me too, but some men just get in a snit about stuff like this. It’s frustrating as hell, but I do think it’s a minority, just an annoyingly vocal one.

the twitters are fun to read… seems to be more cheer than jeer, and the jeers get responded to with a good riddance. 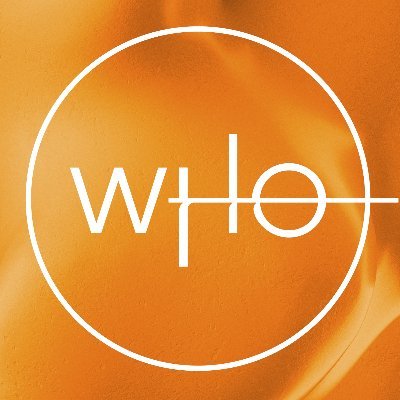 Indeed. Those dudes can just fuck off, honestly. Who cares what they think!

i HAVE seen tons of people saying they see people crying about it, though.

I cried about it - but because I was happy. Jodie Whittaker is a brilliant choice.

i’m not familiar with her at all, but that’s usually the case with the show. i’m always happy to learn about them as the show goes on.

Exactly. I think the success, global success, of films like Hidden Figures and Wonder Woman are showing that diversity casting will sell, no matter what the whiners say. They may be noisy, but they just don’t the wallet power.

Same. My Facebook feed looks like HuffPost right now with all of the outrage about some troll’s opinion, which I would have been blissfully unaware of if they hadn’t made sure the entire internet heard the message.

I don’t watch enough TV to be a fan, but I still see the choice as a good thing.

I find io9s commentariat generally good. Its when the post gets shared on Kotaku that the stupid will begin to burn

Anyway, I’m a bit shocked at how much I’m looking forward to it since I’ve been pretty meh on the idea.

Anyway, I’m a bit shocked at how much I’m looking forward to it since I’ve been pretty meh on the idea.

I haven’t even caught up on the most recent season yet… I was planning to do a rewatch of the the whole show (starting from the original first) while they were on hiatus, but got bogged down in the 4th season among the episodes that have only been reconstructed. This news has actually kickstarted me into plugging through them again, so there’s that…

we just started watching the most recent season a week or so ago. only a couple episodes in, but it seems as fun as usual. i’ve really enjoyed Capaldi’s turn – he’s got that patented Doctor brusqueness/sense of humor combination really down. i heard that this season was incredible, so i’m excited to see where it’s going. so far i like the new companions, too.

i really like iO9’s commenters, so i’m surprised to find them being part of this whole kerfuffle.

Capaldi was finally starting to grow on me by the end of the previous season, but then they had the hiatus. The earlier episodes in the season were pretty hit-or-miss for me for some reason.

The multiple hiatuses since series 4 (IIRC) really ruins any momentum the show builds up for itself. Hopefully the BBC puts an end to the practice next year.

I liked Capaldi as the Doctor a lot, but I’m really disappointed that they wrote him as the same kind of wacky, high energy character as his predecessors. Capaldi is meant to play the Devil, not Micky Mouse. They had an opportunity to take the Doctor in a darker, more serious direction, (Which we got a taste of with: “It’s a very small universe when I’m angry at you.”), but instead they stuck to the formula.

(At least, as far as I know. I haven’t seen the most recent season, so please no spoilers.)

As far as a female Doctor is concerned—sure, why not?—but how about some writers who are willing to take the show to its full potential? Given the premise of the show, combined with the decades of source material that it has to draw upon, it’s disappointing how many episodes are outright campy. When it’s great, it’s transcendentally great—it’s caused me to reimagine the universe in much the same way as H.P. Lovecraft—but too often it just makes me groan. Basically, what this guy says:

A female doctor is great and everything, but I’d have been more excited if her companion wasn’t another 20-year old, modern British girl. Can we get an alien? Someone from another time period? They all feel so interchangeable.

And I guess that’s my point—it does no good for the casting department to be daring and innovative if the writers aren’t going to follow through.

I liked Capaldi as the Doctor a lot, but I’m really disappointed that they wrote him as the same kind of wacky, high energy character as his predecessors.

Which just happens to be how Moffat has Sherlock Holmes portrayed in Sherlock as well. This main character who is all tics and energy and simply can’t stop talking. Yes, I know Watson talks about Holmes being “manic” at times in the books, but Doyle manic and Moffat manic are worlds apart.

And so with The Doctor. Moffat’s Doctor is an overwound clock, never clattering down to a stop. Compared to the Baker-era Doctor, or even just the beginning of the new series, it’s noticeable.