Don't listen to the doomsayers – DRM is headed for the historical dustbin,...

Surprising signs of hope, and a few of danger

Is this just a blip, or is el reg bringing less of the right-wing crazy these days?

I tended to ignore it after it starting publishing green-crayon level rants against climate science.

Just a blip. Orlowski’s a senior editor there, and he’s pretty right-wing nutso. And also hates Linux, loves everything Microsoft does, etc. No idea why he’s tolerated, especially when the readership vociferously hates him so.

Is this just a blip, or is el reg bringing less of the right-wing crazy these days?

They’re a running joke at work.

God, I’d forgotten Orlowski. I had a run-in with him a couple of years ago, pointing out the weakness of his evidence on some matter or other, and got the full you-come-here-with-your-preconceived-worldview treatment.

Aw man, to compare Orlowski to jlw would be a great insult to jlw. There’s a reason the reg commentards hate Orlowski, and it has nothing to do with his political views: Orlowski doesn’t care about shoring his arguments with evidence and anybody who disagrees with them, well they’re the real ideologues.

I haven’t read the Register one yet, but I enjoyed this one from Ars earlier in the week: 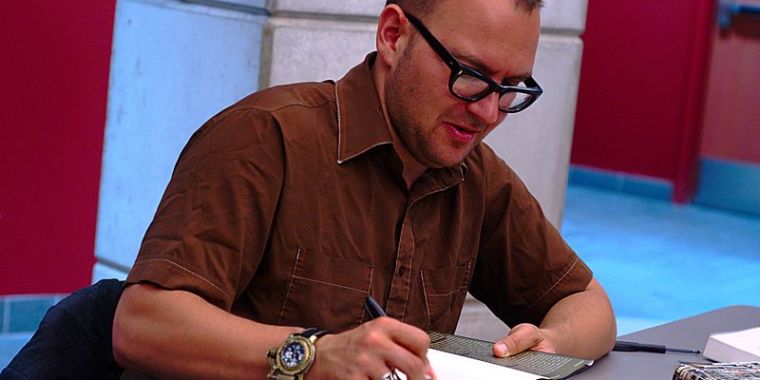 An interview with Cory Doctorow on beating death, post-scarcity, and everything

Ars’ IT editor talks with Walkaway author about how close we are to a tech ending want.

Does he have a book coming out or something? /s