The Sketchiest, Most Exploitative Job Posting (That I've seen yet)

Ah, job hunts, the legal alternative to staging gladiatorial fights for the entertainment of the monied class. An activity in which your goal is to be enjoined to a corporation where you’ll be obligated to show up at random times, called at asinine hours, receive no benefits, and generally get paid poorly for it. Double bonus points if it’s in a metropolitan city, where daily commutes can be up to three hours roundtrip.

I have been out of work since November and applying to job openings ever since. I’ve had just two interviews from the dozens of openings that I’ve applied to (on a good week in this city, you may see 50 openings… only 15 of which you’re qualified for).

I think I’ve did it. Found the sketchiest job posting yet.

Oh no, it isn’t what they ask of their workers that’s my problem (though lying to and harassing customers is definitely unethical). No, it’s the job application process itself. 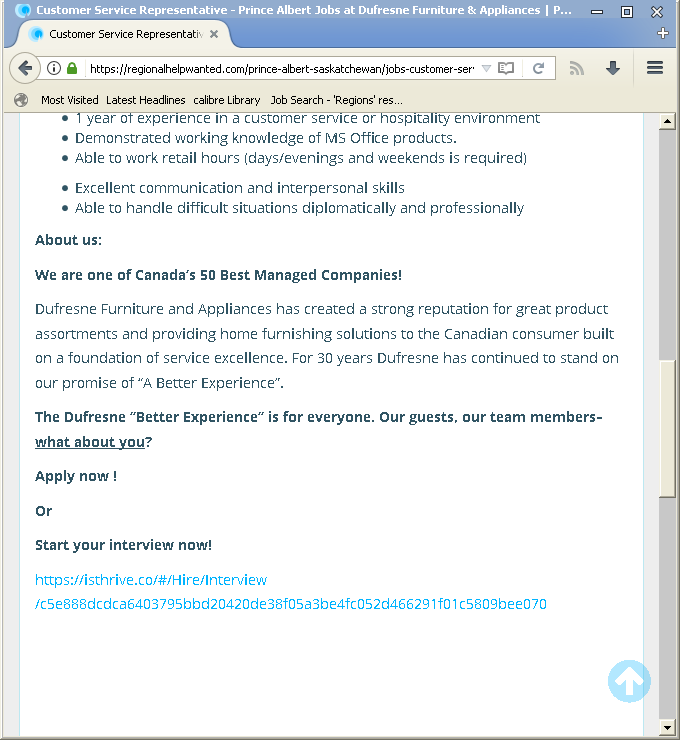 There’s no way to send in an application. You have to freakin’ do this: 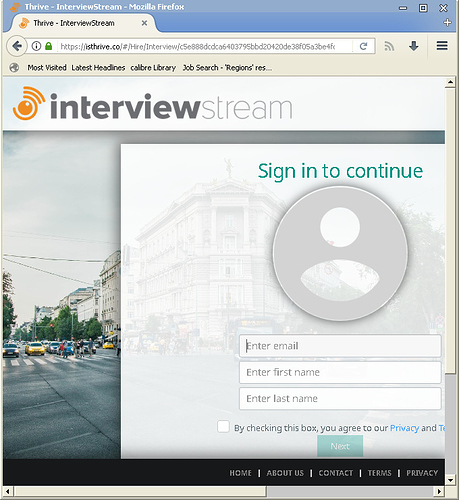 Oh yes, it gets worse 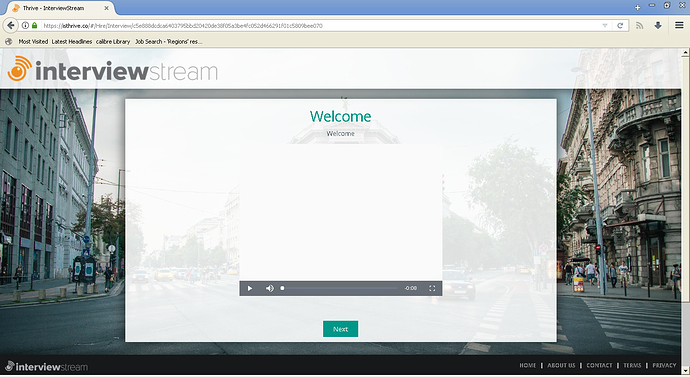 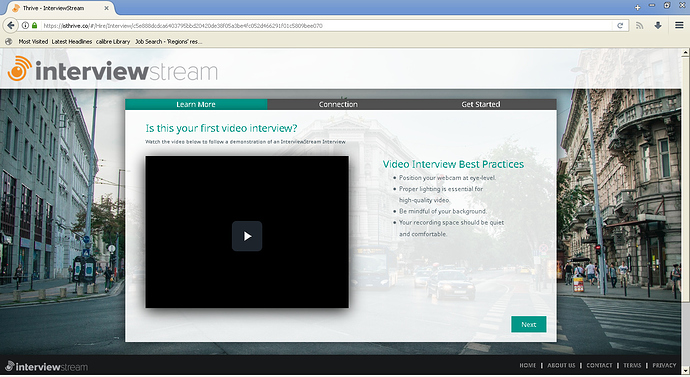 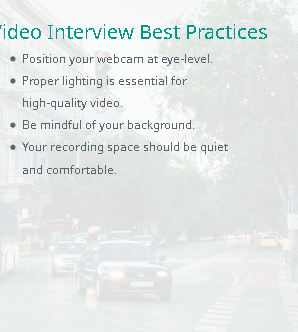 Holy shit. An honest-to-god goddamn webcam-based interview. Does this default to Flash? Probably.

Do I need to spell out why this is a bad idea, from an HR point of view? By doing resume filtering first your company can be somewhat protected against claims of discriminating against minorities - it’s “just paper” after all, and as we all know data and statistics is totally (not) objective. By doing a webcam interview, you open yourself up to actively discriminating against minorities.

The best thing an “applicant” to this position can do is straight up claim to be gay, Metis, and Muslim. That oughtta put the fear of the Saskatchewan Human Rights Commission into them.

I’m tinoesroho, and this is the sketchiest, most exploitative job posting (that I’ve seen yet).

I’m having a hard time getting too up in arms, in part because I’ve seen (and heard) far worse - I used to be a head-hunter and I’ve had to deal with a few employers who were pretty bad.

But you’re right; personal appearance should have little role in the hiring process, and making it the first step is wrong. It also raises issues of access to technology - those without the tech and place to do a video interview are going to have a hard time getting this job.

As an aside, if you need any help on resume design, interview prep or whatever, I’m happy to give you my insights as a recruiter. I’ve also had periods of unemployment, so I can understand your frustration and maybe offer a few ideas on what to do with that.

Oh, I’ve seen sketchier and more exploitative ones over the years. No fancy video chat or dedicated Web sites needed. During the dotcom era, Craigslist was a treasure trove of help-wanted ads which only vaguely masked the creepy and exploitative and discriminatory requirements of earning a buck from those employers.

Not to say that isn’t bad in and of itself. It’s more a case of corporate America’s dysfunctional HR Culture crossing paths with techbros who spend their lives buried in code to the point that they’re clueless about things like the law or interpersonal relationships.

techbros who spend their lives buried in code to the point that they’re clueless about things like the law or interpersonal relationships.

Same here. I was literally expecting sex and/or violence.

Also, rejecting people on account of being a minority, or disabled, or just not looking the part sucks, but there’s no way to crack down on it. It’s technically illegal to discriminate based on race, sexual orientation, disability, or minority status… technically… but people still do it. They just take care to say “you wouldn’t be a good cultural fit” instead of “we don’t hire faggots here”.

Considering most of the teens I talk to these days ask “Can I skype you?” - they really really hate the phone, and emails, and will do anything to avoid them, this just seems like a natural extension of that, or an attempt to woo younger workers.

But yes, the discrimination factor is off the charts! Also can you imagine being disqualified because your “background” wasn’t good? LOL

I take it you have not heard of linkdin? The one where you make a online dating profile for your job?

People have been known to get confidential information (if not classified government info) by pretending to be cute girls and schmoozing with unsuspecting folks on LinkedIn.

I was expecting something like one of my former employers proposed to me once - this was at a time when The Apprentice was pretty new, and my boss came to me and said we should hire 5 people and then fire 4 of them after a month, keeping the one that worked out the best.

As for the discrimination thing, I had one of my clients (when I was a headhunter) call me up after a candidate interviewed and said “What the hell was that?” I told him xe was an excellent coder who was perfect for the job. “Did you even interview this person - do you know what they looked like?!” the client asked me. Of course I did - I interview every candidate in person, I replied. And I submit candidates based on their skills, not their appearance. The client told me that the candidate “wasn’t a good culture fit” and I fired the client then and there.

The client told me that the candidate “wasn’t a good culture fit” and I fired the client then and there.

I am well sick of “not a good cultural fit”.

It basically means “I’m discriminating but am too cowardly to say so”.

During the dotcom era, Craigslist was a treasure trove of help-wanted ads which only vaguely masked the creepy and exploitative and discriminatory requirements of earning a buck from those employers.

And it still is: 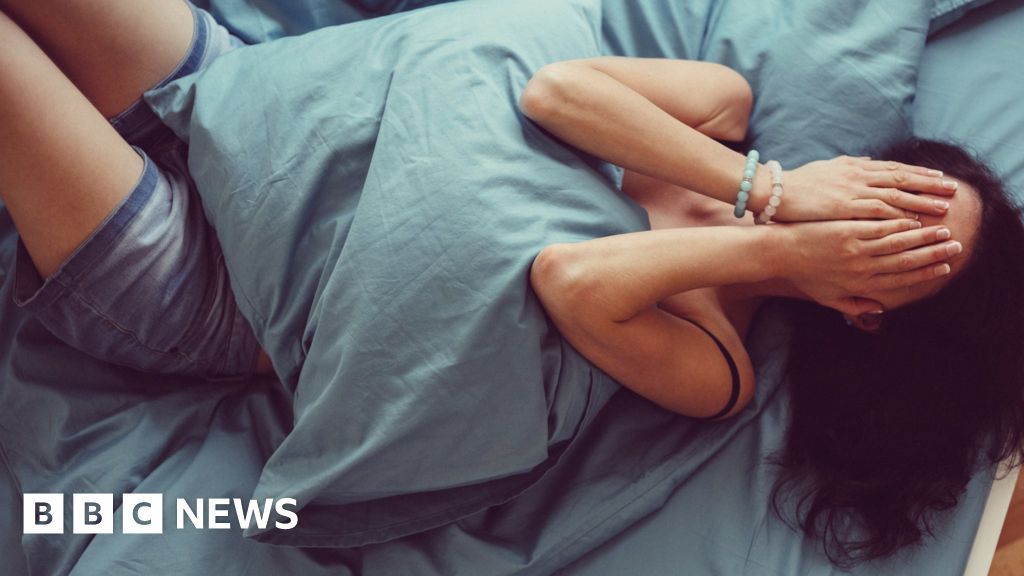 Campaigners warn vulnerable people are being offered rent-free accommodation in the deal.

Okay, technically that’s sex for rent, but such arrangements make it kind of blurry. I recall after the 2008 crash hearing about people offering nanny/housekeeper jobs for room, board… and nothing else. No money at all.

Re: web cam interviews – I’d hate to have an interviewer thinking “OMG why do they have that in the background!” where “that” is “my kitchen” and “why” is “because if I sat on the other side of my work table I’d be backlit”.

And then I thought, people should have collapsible green screens so they can chroma key in the background they want, because it’s no-one’s business what your kitchen fridge magnetic poetry says. And it turns out they can be had:

Ooooh, so many possibilities…

I wouldn’t choose to live in the US in a pink fit, and I’m white, male and cis.

Although you could turn that statement around 180 degrees after a decade under Bernie or someone like that.

I wouldn’t choose to live in the US in a pink fit, and I’m white, male and cis.

The job is in Canada.

They just take care to say “you wouldn’t be a good cultural fit” instead of “we don’t hire faggots here”.

I got that line by trying to hire the much older and far more experienced Hindu woman over a much younger set of xtian applicants at a particular Xtian university. So instead of being sexually based, it was “we don’t hire heathens here”.

The younger, ‘xtian’ woman we hired didn’t work out because she was unmarried but living with her fiancee, and the office folk knocked her so much for “living in sin” that she finally quit.

I was unemployed for six months between October 2015 ans April 2016, after being fired out of the blue. I finally got a job that looks good on my resume, but keeps me consistently under-employed. And I’ve spent the past six months trying to get into something better.

I say “be strong” because there really isn’t anything else I can say.

“Did you even interview this person - do you know what they looked like?!” the client asked me.

This is actually one of the things that keeps me in the world of 1099 employment. I was never particularly comfortable putting on a business costume, but the last time I had to do so, I was presenting as male 100% of the time. (Although I did not realize that’s what I was doing, of course.) These days … yeah, I could certainly pull out a suit and tie if I absolutely needed to so so, but it would feel even more like a costume, to the point that I think it would negatively affect my performance. It would actually be somewhat easier if I was binary, at least that’s a bit more (inaccurately) understood by more people.

All in all, I’m glad I can write code and give instruction to team members right here from my home office! (Not to mention the added benefits of having feline supervision!)