The stress of stuff

I have a very strict, “If I can’t carry it, it goes on the corner.” policy when it comes to belongings. I admit that this is mostly due to laziness.

As I have gotten older, I have started to realize how much stuff I don’t really need. I could probably cut the two computers I have down to one beefy laptop and I don’t need the big TVs we have. When I think about moving, the goal of just being able to get everything into one car is a nice one.

I’ve hated clutter since at least being a teenager. In my life at least, a lot if it comes down to the difference between the stuff I actually want/need and the stuff people say I ought to want/need.

Example: I am allergic to coffee. Even a mocha chocolate bar like Coffee Crisp has enough to give me hives. I also have a 60m2 apartment with a small galley kitchen.

My mum was on a crusade for a while to give me her old 2.5L drip coffee maker. Why? Because everyone needs a coffee maker. Even people who can’t drink coffee.

(“What if your friends want coffee when they come over?” Um, they either have something else or go to the coffee shop literally across the street from me. I’ll treat.)

I’ve had to teach myself that sometimes, when relatives foist stuff on me (and they all live in big suburban homes), the best thing to do is accept it and then ditch it later – garbage, clothing donation box, second-hand shop.

I’ve been going through my apartment, getting rid of stuff lately, using Marie Kondo’s spark joy rule. It’s been working for me. Practical things like mops and garbage bags do the “spark joy” thing for me, because I appreciate their usefulness.

The most recent things to go to the second-hand shop were:

And there’s still a lot of clutter to go. It’s been a real haul, but it’s getting there.

I have too much shit.

When I recently cleared off my desk, I had 5 Working laptops, 6 tablets of various OSes and functionality and 7 phones (two of which could actually be of use)

And that was just my office.

Some days I think if a fire/flood/tornado/volcano/etc. came along and destroyed everything I had I would be a happier man.

I’ve been purging a lot of stuff lately, but there is still more.

I am allergic to coffee.

Me too, at my house, in combination with a 5 yard dumpster.

I had to clear out my folks house a few years ago, when they passed (2 weeks apart, ugh). I wound up with so much “important” stuff. Too Much. Way Too Much. Their house was 5x the size of mine, and that’s before the barn full of stuff.

I’m glad to not have the hoarding gene that runs in my family, but I viscerally get how important things can be.

It’s a struggle. I live a cluttered life but I always maintainit at a level one clutterfuck. It’s stuff on tables, some papers on the floor sometimes. Not too bad, but I am physically uncomfortable in antiseptically clean places without stuff. My grandfather was the floor to ceiling newspapers type. My aunt just never cleaned after herself. It can get ugly.

But me, I manage it. Like @gadgetgirl said - it has to spark joy - or at least something not fear based - to keep it around.

I never fully unpacked from my last move ten years ago for a lot of reasons. I was bailing on a bad situation and didn’t have the time to toss. Over time, stuff piled on top of stuff and I found myself under a metaphorical mountain of stuff I didn’t have the energy or resources to get rid of. About three years ago, I conquered the mountain but since I didn’t deal with the original situation, stuff still got kind of pile-y.

At the beginning of this year, I unpacked the stuff I hadn’t unpacked the first time. Almost all of it went to trash, recycle, or give away. I looked like a hoarder but I’m not one. I’m just mentally ill. But that mental illness informs my view of the idea of “hoarding.” The stuff isn’t the sickness. The stuff is a symptom.

My place is still cluttered. It’s no mountain and the previous move stuff is gone. My epic cleaning project of 2017 hit a few snags. Much of them mental illness related. Some of the snags are logistical. It’s functionally impossible to recycle electronic gear in my state unless you’re a huge company. I had no idea when I started this project out. I have three giant totes I’m struggling to get rid of. Funny enough, it turned out less than half of the electronic crap was actually mine. It got silently unloaded on me and now it’s my problem to deal with.

That might make me feel better about the situation (less self-conscious anyway) but my office is still unusable for all the stuff I can’t get rid of. Having my office back is the reason I started this cleaning spree.

The only thing that got me to the point I’m at now is UFYH. 20-10s are the greatest.

I love UFYH! I especially love that they understand people have health issues (mental, physical, both) and that therefore doing a big clean like some places recommend is not feasible.

I am allergic to coffee.

Not to derail, but I never liked it that much in the first place. I probably always did have a low-level reaction before the hives and numb skin started.

Wait, I can swing this back on topic: remember how shopping was cheerfully pedalled as an addiction? It’s a concept that’s died down since the 2008 crash.

Even now, the emphasis on price encourages people to buy lots of cheap stuff instead of a small amount of really good stuff.

Getting off that bandwagon is like giving up… coffee. Or tea for me.

that sounds like a bit of a metaphor, perhaps?

It’s functionally impossible to recycle electronic gear in my state unless you’re a huge company.

I do not know what state you are in, is this any help? https://www.epa.gov/recycle/electronics-donation-and-recycling#where

(I have a sense of responsibility when it comes to electronics too, all that hazmat!)

Eve, when i’ve been down it gets worse. I happen to believe the opposite extreme of super duper clean and perfect is just as much a sign of an imbalance. It sounds like you’re finding some medium place? re: UFYH, thank you for that link!!

Um. As far as I’m aware, hoarding is a recognised form of a mental illness - obsessive-compulsive disorder. Not saying that you are a hoarder, just pointing out that it’s not quite correct to say it’s not a mental illness.

Some days I think if a fire/flood/tornado/volcano/etc. came along and destroyed everything I had I would be a happier man.

When we were staring down the barrel at Irma I had these same thoughts. 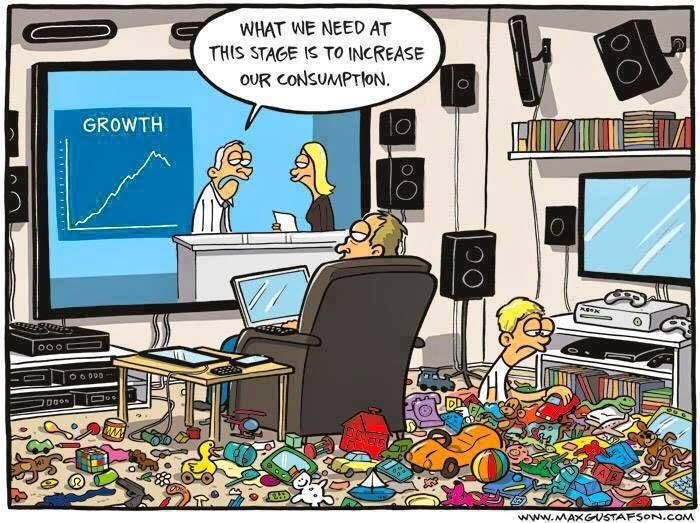 in my living room. It was the only way out.

God yes. I live near the Estee Lauder warehouse, and my work gets tickets for the warehouse sale events, which they hold about 4 times a year. We also get “grab bags” at work - for about $70 we get a random collection of stuff.

The grab bags are the killerest deal ever, because they always contain two gift perfume sets, and I sell those on eBay. You’re not really supposed to, but I never want the perfume so what would I do with it? And then usually I keep about half of it and sell the stuff that doesn’t match my skin, or that I don’t care about. I basically end up with some cool free stuff, some of which makes good Christmas gifts/stocking stuffers. They have MAC, Clinique, Bobbi Brown and on and on brands in their line - pretty much everything in the department store makeup lines are from Estee Lauder.

Now here’s the thing, I can get up to 2 more grab bags at the warehouse sale, too. And today was the day. And man oh man did I want to go down there to just browse and buy some new stuff.

Do I need anything, anything at all? No, because I have SO MUCH makeup from doing this for a few years. I have pots and pots of it. And I only look good in a few colors. And oh yeah, I barely wear that much makeup anyway.

But man I wanted to go, because it’s a special event, and it’s cool and secret and not everyone gets to go and I’ve been having a rough time and getting $80 worth of MAC brushes for $17 would be so sweet. Even if I have more MAC brushes than I can use.

We have a bunch of those – plus lots of stuff people have given us over the years. Nice memories but it accumulates, and we run out of room to display it. I keep saying we should have a “no adult presents” rule. My SO’s family does, but everyone else, no.

When I recently cleared off my desk, I had 5 Working laptops, 6 tablets of various OSes and functionality and 7 phones (two of which could actually be of use)

We have seven computers in the house, 5 of which are used to one sort or another – work computer, SO’s old computer, SO’s new computer, my old computer, my (brand new) new computer, our really old computer, and our really, really, really old computer. My partial solution is to pony up the dough and buy the absolute fastest, most durable computer I can find and keep it as long as possible. I bought a workstation in 2007 from Puget Systems for big bucks, but it lasted over 10 years, so I figure it was only $220 a year.* I did the same thing two weeks ago. I need to remove the disks from the old computers then recycle them (fortunately our state has such a program). We also skipped from iPhone 4’s to iPhone 7’s at least . . .

I never fully unpacked from my last move ten years ago for a lot of reasons.

I’ll see your ten and raise you 18. Seriously I’ve got old magazines in boxes in the basement. I’ll probably never read them again, but but but . . . . . Keyboard magazine from 1975! They include basically the entire history of electronic music from 1975 to the present!

And when we had a room painted, stuff had to go into a box. Did it ever get unpacked? No.

Even now, the emphasis on price encourages people to buy lots of cheap stuff instead of a small amount of really good stuff.

Hear hear. Buying a small amount of expensive stuff is more cost effective. Like I really do that.

*I did have to upgrade from XP to Windows 8.1, but used Classic Shell to make it look a lot more like Win 7. The new one came with Win 10 (ecch) but Puget made it secure as possible from all the Win 10 telemetry stuff.