[quote]It’s one thing to take a product that is already cheap and just fine and replace it with a vastly more expensive version that locks people into exploitative proprietary systems for years in exchange for giving them a 15 second hit of dopamine derived from Going Digital. I mean, Quip and Juicero and whatever Silicon Valley dildo company is selling dongs with DRM-equipped replaceable heads are actually fundamentally selling you a product. It’s a horribly, uselessly expensive product that could only be embraced by chumps, but it’s a tangible thing. The real next level is just inserting yourself into someone else’s transaction and collecting a % while offering nothing. (When this is a job, we call it “consulting.”) Why charge a lot for the blades when you can charge a lot for literally nothing?

RentBerry is useful here because the word “rent” is literally in the name. Here’s the value proposition that RentBerry offers. For landlords who are already raking in record profits, RentBerry provides a chance at making even more, as potential tenants must set upon each other in a dystopian nightmare auction system that compels them to ask, how much am I willing to pay to avoid sleeping in the park, really? For tenants, RentBerry offers… well, the opportunity to pay more in a pre-existing housing crisis, the chance to make the process of finding an apartment an even more horrific exercise in stress and disappointment, a reason to hate faceless strangers with even more intensity, and more reason to view city life as a ceaseless Nietzschean struggle from which they will never escape. What RentBerry gets in return is, eventually, a % of your already hideously overpriced rent, for the duration of the lease. I bet you can’t wait to know a portion of your rent check is going not just to the landlord you hate but also to a company that did nothing beyond giving him the ability to take more of your money! Of course, if you live in New York, your “landlord” might very well be a hedge fund that also funded RentBerry! Sweet, right? [/quote]

I particularly liked the line

and sell it to schlubby dads too indebted to buy a midlife crisis car and too unattractive to have an affair.

I love the line he ends on:

Our society is a hellish wasteland and I am dying inside.

Tell us how you really feel.

…sell it to schlubby dads too indebted to buy a midlife crisis car and too unattractive to have an affair.

Slander! I would never buy a Juicero.

Gotta love that projection. I can appreciate snark and cutting wit as much as anybody but as I read this article I can’t help wonder why this guy is so damn angry.

I can’t help wonder why this guy is so damn angry.

Do you not have a dog in this fight? Like your leg is a dog, minding its own business, and a rich douchebag files a claim against your leg. And your only defense is to never come in contact with greedy rich douchebags, but you have an apartment, so fail.

He’s writing articles on the internet. It’s his job.

Slander! I would never buy a Juicero.

In this country that target market buys ride on mowers.

On topic, the German system of buying and renting ought to be imposed on the rest of the world, by violence if necessary. In Germany, sensible regulation by councils has resulted in a slow fall in housing prices, though places like Berlin are going up.
Really I think on the British referendum there should have been a third option - outsource British government to Germany. It couldn’t have been worse than the present lot, and would probably be a lot better.
The original promise of the Internet was to disintermediate - to remove the long chains of entrepreneurs profiting off a transaction, offering greater efficiency and reduction in costs. What actually seems to have happened is that they are being replaced by an ever nastier breed of entrepreneurs, who charge money for forcing costs up.

I fucking love you, man.

the German system… ought to be imposed on the rest of the world, by violence if necessary.

Well, it made me chuckle anyway.

I can’t help wonder why this guy is so damn angry.

Someone on Medium expresses the same concern in the comments on the article there: 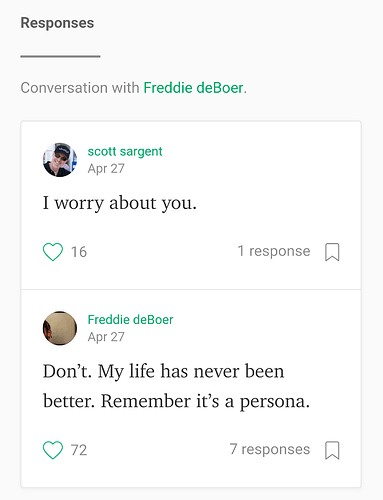 He’s writing articles on the internet. It’s his job.

(At no point does that make them wrong, however. These are still good points - and the author is surprisingly upfront about their summoning up the appropriate vigour for the subject matter.) 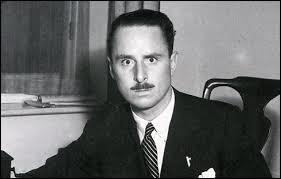 The basis of my original comment was that the British government seems to think that immigration can be reduced by outsourcing everything to India via outsourcing companies that presumably give large backhanders to the Conservative Party. It would be nice to have them outsourced in turn to someone competent.

Christopher Clark’s book The Sleepwalkers makes a good case that we should have been on Germany’s side before 1914, and if so WW1 might never have happened because the Central Powers would have not been so fearful of invasion by France and Russia, and would not have launched a pre-emptive strike. But if there is one thing you can be certain of, it is that the British Government will usually choose to be on the wrong side - in Crimea, in South Africa, and now in the Middle East. WW2 was an exception.

Let’s not forget Gandhi. The British government absolutely hated Gandhi. I realise that hindsight is 20/20 but seriously, anyone that hates Gandhi pretty much has to be an arsehole…

Every time I see Merkel in the news, she’s doing something right. That was what I found most confusing about Brexit; fine, “take back control” if you must but shouldn’t the process of regaining control involve also getting rid of the elite in Westminster? Eton, EU; what difference does it make where your hated elite comes from if you don’t actually have any semblance of power or say in governance?

Meh. Persona or not, even as a fellow cranky curmudgeon, I personally don’t find the delivery particularly charming or engaging. Oh well!

Furry nuff!
(As the phone keyboard said to the user.)

Oh christ. The ridiculous overloading of every interface element was bad enough with Microshit Offishit, now the Hobb’s End problem suffuses the entire undustry (leaving that typo), especially in mobile. “Ya cain’t get theya… from heya.” Backtrack, start again.

Not that one might be doing actual work and need to do X operation in Y context referring to Z information. Instead it’s all about AA’s project implementing a new interface element AB and fucking up all the dependancy trees. Welcome to Samsung Pay or the latest stupid shit in iTunes.