The Ultimate Wonder Woman Analysis, by the Women of io9

The Ultimate Wonder Woman Analysis, by the Women of io9

Praise Zeus, Wonder Woman is finally here and it’s even better than we hoped it would be. While it’s a standout superhero film all on its own, there’s something inherently special for women to see Diana of Themyscira, an iconic female and feminist...

I haven’t seen the movie yet, but this and other impressions make me want to.

ITS SO GOOD GO SEE IT!

It was excellent, to a point.

and now I have to figure out how spoiler tags work.

… to the point where Snyder’s plot points intruded. Which amounted to a poorly-sold reveal of Ares, a Snyder-style snoozer of a final battle, a careless ripoff of Captain America’s super-bomber sacrifice, and typically Snyderesque unexplained empty spot in the continuum between 1918 and now.

There was definitely a point where Jenkins’ direction and vision made this a watchable movie regardless of the buildup to probably another bad ZS movie in Justice League. It’s time to let someone other than Snyder have that kind of power to drive this franchise.

This could have been a peerless movie but ended up something less. It was a great showcase for the potential that exists in the character and talent of this production. Let Jenkins be the exec into the future. Bring in the people that write and storyboard the DC animated movies. Those are great too. The Snyder plotting and story, though, are just going to cripple anything it touches.

I suspect the Wonder Woman/Superman ship is going to be used to reboot Superman as a real character again, rather than Snyder’s emo-brat.
That’s not good for Wonder Woman as a franchise, especially if it’s Snyder who navigates the story. Or worse, does the direction.

I haven’t seen a Zack Snyder movie ever until now, and I felt the same way. Great movie right up until the point where it became the thing that is the reason people don’t like superhero movies.

I really enjoyed it; it’s easily the best DC comics movie thus far and smartly showcases Gal Gadot as the perfect person to play WW. Without giving anything away, the No Man’s Land scene is one of the best bits of any superhero movie to date, in my opinion. 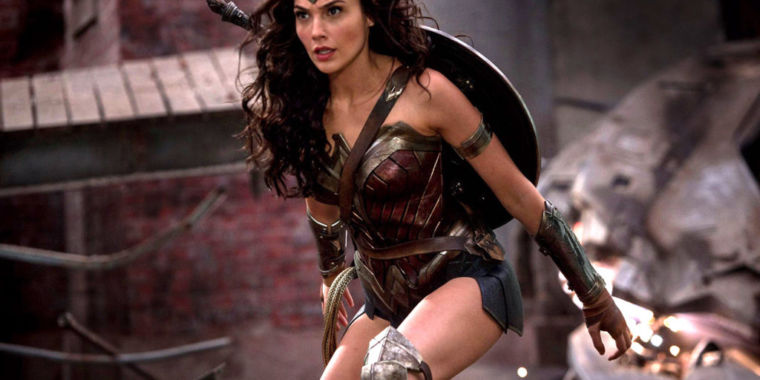 Wonder Woman is awesome, but it’s got some major problems

The movie gets incoherent at the exact moments when it should be crystal clear.

Here’s some more words. Annalee Newitz is a former writer for io9.

Superhero movies really have a villain problem, don’t they?

I thought the tension over who the villain was, was a good story element. It just was resolved in the worst possible way.

Apparently, that one glorious, instantly iconic action scene that everybody loves, which defined the character’s heroism, is one that confused WB execs; Patty Jenkins had to fight them to keep it. They preferred the battle that I thought should have been left out of the movie entirely. This is probably why DC usually makes shitty movies.

WB suits have no taste and seem to think they, in their ignorance, have some real role in mitigating the risk of a flop. How’s that working out for them? Is the most important thing money, ego, art, a happy medium of popcorn watchability combined with lasting appeal? C’mon folks.