Or is it? The explanation reads well, but it’s such a well-publicised manuscript it’s hard to believe no-one else came to the same conclusion already.

It’ll be interesting to see if this can be verified by other scholars.

The solution to the Voynich manuscript | Nicholas Gibbs

For medievalists or anyone with more than a passing interest, the most unusual element of the Voynich manuscript is its handwritten text.

Wait, is that the ORIGINAL voynich manuscript? Where did you GET that? Wanna try playing a round of Druids and Dicotyledons?

I don’t know enough to say how new the idea is. That the plants are medicinal goes way back, as that has always been one of the main interests in plants. Saying the zodiac and weird naked lady chambers relate to applications like bathing seems like a sensible way to tie it together, even if some drawings are still strange. For the script, this definitely isn’t the first time someone has argued it is heavily abbreviated; I imagine the best test is still a plausible translation, index or not.

Either way, it’s an even simpler solution than the xkcd one: it’s illegible because it was written by a doctor.

I think I’ll only believe the Voynich Manuscript has been fully decoded if an independent person can decipher functionally equivalent text, given a description of the code & language

Who is this guy anyway? Articles about Nicholas Gibbs call him an “medieval text expert” or
"British scholar" but I can’t find anything else about him online, no institutional association is given, and his title is “Mr” not “Dr.” Which, it’s of course possible to be an expert without institution or accreditations, but unlikely.

The hunt is on for the Voynich index!
I doubt that it looks even half as interesting as the main text.

A rebuttal to these claims (and a primer on the manuscript): The true history and meaning of history's most famous undeciphered book.

It’s not really a rebuttal some it’s from six years before the most recent claims, but it’s great background!

No, the Voynich Manuscript has not been ‘decoded’

Every so often, someone comes forward having claimed to have translated the Voynich Manuscript, the famous 15th century nonsense book that has intrigued codebreakers and linguists over the centurie…

My title is Mr. not Dr. It doesn’t really prove anything, in fact at one time there was a slightly snooty British thing that you didn’t do a PhD because, of course, you were already engaged in work so important that producing a thesis for some minor aspect would be a waste of your valuable time (not me, I’m just not very intelligent). As a result there were senior and respected British academics who remained “Mr” as in magister artibus universitatis Oxoniensis/Cantabrigiensis (apologies for faulty Latin). In German, I’m Herr Dominus, which I find funny.

However, I suspect it is not the case here. There doesn’t seem to be any academic support.

Ars did a summary of what scholars are saying. 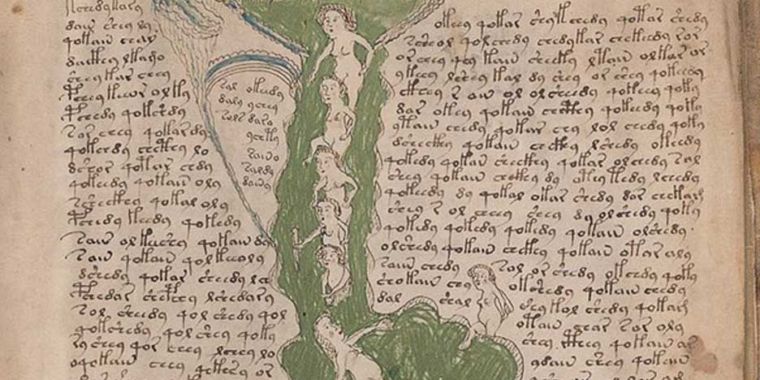 So much for that Voynich manuscript “solution”

Librarians would have "rebutted it in a heartbeat," says medieval scholar.