Canada’s Conservative Party has a long and storied history, though today’s ones have little to do with the founding one, save for being mostly made up of white men. In the 1990s, Preston Manning’s theocrat reactionary Reform Party merged with the Progressive Conservatives to become the Conservative Party of Canada. The new Conservatives quickly established themselves as right assholes, voting against same-sex marriage and abortion rights. Which the courts overturned. Repeatedly.

Andrew Scheer is one such anti-LGBTQ crusader. And now he’s in charge of the richest political party in Canada. 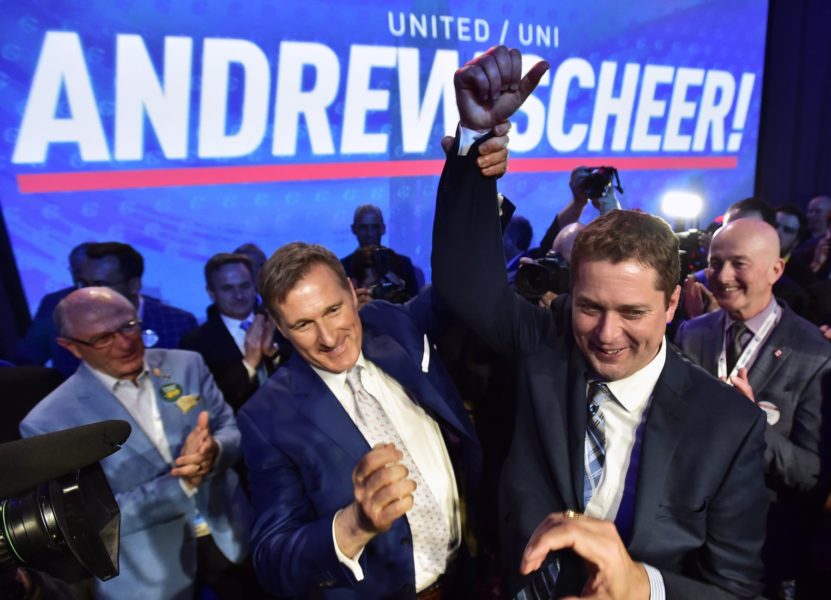 The dust has settled, and the Conservative Party of Canada has elected Andrew Scheer — an anti-choice, anti-gay-marriage, anti-refugee, anti-M103 candidate — as their new leader. As the election results trickled in, the Commons team were joined by...

Thunderdome looks more and more better as a governing strategy at this time.

So Canada is destroying the word “Conservative” too.

Clarification needed: does he get the title of “Ayatollah”?

I’d say “Don’t be silly, that kind of thing is only used for foreign religions.”, but then I’d have to hope everyone realised I was using heavy sarcasm tags.

Ayatollah that joke often enough that the sarcasm is implicit by now.