What bags have people here bought from Think Geek and how were they? I’m thinking about the handbag of holding and/or one of their many messanger bags (maybe the Con-Bag of holding or one of the GOT or Star Trek bags - though the Bat’leth one is sold out!).

Any real world experience with their bags would be helpful…

I was using the canvas Handbag of Holding and I liked it, but the connecting metal piece for the shoulder strap snapped and the bottom was wearing out from friction from floors and car seats when I didn’t fully pick it straight up each time I grabbed it. A different material might make a difference there, though.

How long did you have yours before that happened? It looks like the canvas version is all they have right now? But it’s on sale…

I had the mock Louis Vuitton that had 8 bit video game character images on it. The outside is still good, but the lining got completely shredded after a year of daily use. I still have it because I’ve deluded myself into thinking I’ll make a new lining for it someday. Note I am not good at sewing and have never lined a purse in my life.

About 8 months or so of daily use? It’s still useable but almost worn through in a couple of corners and less convenient without the shoulder strap. The key leash is an amazing thing, though.

I still have it because I’ve deluded myself into thinking I’ll make a new lining for it someday. Note I am not good at sewing and have never lined a purse in my life.

I’m glad I’m not the only one who does shit like this!

About 8 months or so of daily use?

Hm. That’s not very long, I guess? My husband has the bag of holding (which gets used about 2 days a week, I guess) and he’s had his for years now.

I’m waffling on it now! But I do need a new handbag… I’m been carrying the same one around for years. I wonder about the conbag of holding?

Anyway, here is an alternative to the handbag of holding: 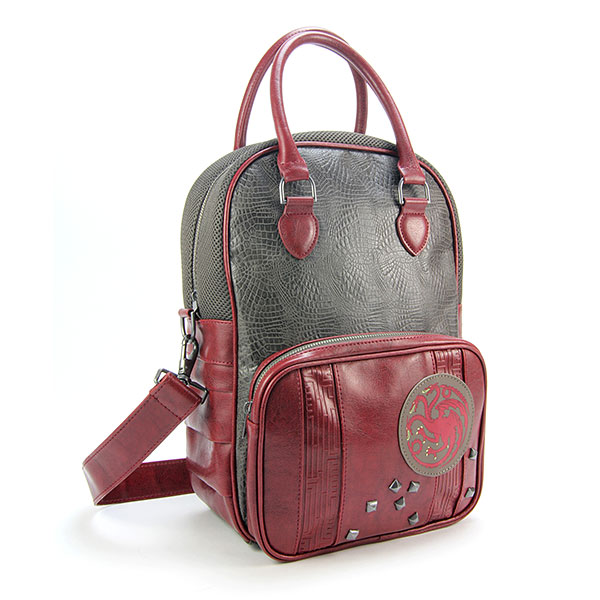 If you're a supporter of the House of Targaryen you want to have a solid traveling bag. Whether you're a handmaid, a protector, or a commander, you should probably have a good bag by your side to transport whatever you need to the newest base camp.

and other possibilities for me to get: 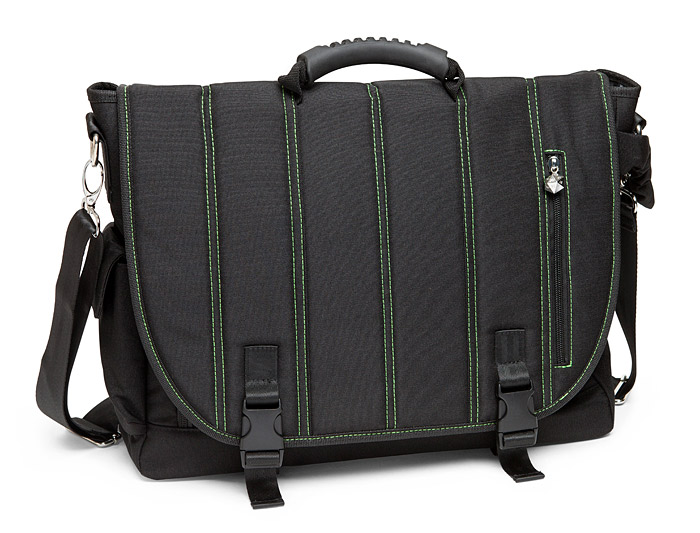 We have a message for you: you need this bag. Every proper adventurer needs a proper bag. With this bag, you'll be able to find whatever it is you are looking for in an instant. It's like the Dewey Decimal system on steroids wrapped in a singularity. 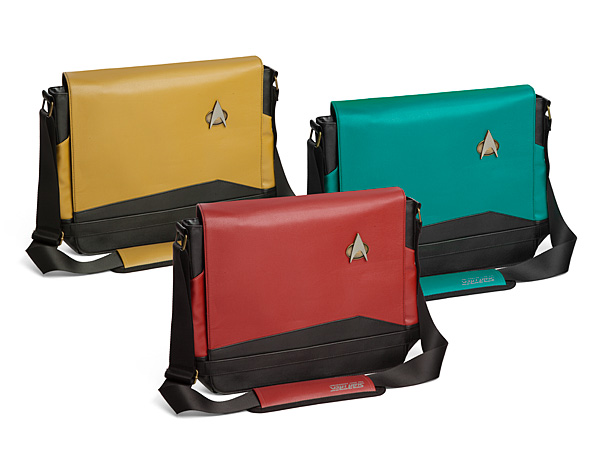 These Star Trek TNG Uniform Messenger Bags feature the red, blue, and gold division colors of ST:TNG along with a metal combadge affixed to the exterior. The interior features a sweet ST:TNG-themed lining and padding all around.

What I really want to the Bat’leth bag, but alas, it’s sold out and has been for a while.

I wonder if the Star Trek red bag has any reviews.

None that I saw on the website… There was a positive one on Amazon, but that’s all… I didn’t find much elsewhere.

Although it looks like I could still get the Klingon Bat’leth bag on Amazon! But there seems to be one for 70 and one for 40 for some reason (though they look the same to me).

The strap on my partner’s bag of holding lasted a full 5 years, but some of the snaps went after the first year. The serious damage, actual tearing, in the corners started about three years in, but they didn’t spread fast. The tear near the strap was on it’s last legs when he finally threw it out.

He used it daily for most if the time but it got more of a break when he was on fellowship for 6 months.

He’s considered getting another and just using it on weekends.

That’s interesting, the two on Amazon aren’t identical. The $48 one has a more interesting strap IMO.

I think it’s also smaller on the inside, so it might not fit my lappy?

But I agree about the strap. I like the one on the cheaper bag better, too.

Also, this is super weird, but some of the Amazon reviews note that they ordered the bag with the cooler strap and got the other strap. And several mention that the dimensions indeed do not fit a lappy…

As stated on TOP, the full size Bag Of Holding can be awkward as it is BIG.

While my Bag Of Holding has held up I think if I needed something for serious daily use I would fork over the $$$ from something from Tom Bihn.

I really want one of those… I gave a “subtle” hint to the fam that this might make a nice Christmas present. I am known to be impossible to shop for. I need a new man-purse and this would be awesome. Not the red one though!