I am not sure on what thread this belongs; I couldn’t remember on which I saw the two inbreds wearing shirts that said they’d rather be Russian then Democrat. I wonder how they feel about Catholicism and its variants? 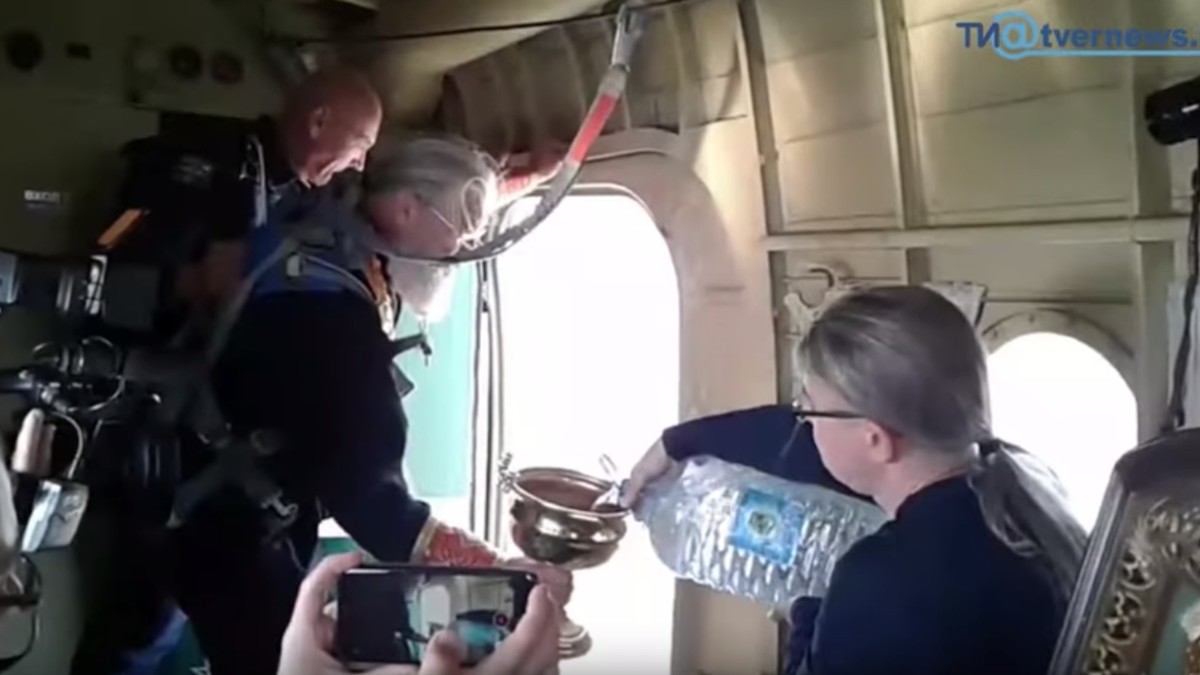 Yes, Priests Air-Bombed a Russian City With Holy Water to Stop All the...

It did not work.

Catholicism and its variants

Ouch. That’s a brutal dig at the Russian Orthodox Church.

Yeah, but in the other hand @Lucy_Gothro1’s got a point – those good ol’ boys wearing those t-shirts aren’t prepared to switch to Roman Catholicism, never mind Russian Orthodox.

Ouch. That’s a brutal dig at the Russian Orthodox Church.

You think those ol’ boys are gonna know the difference? How about “offshoots”, then?

What is the first “Church” called? Forgive me, sincerely, for assuming that the RCC is the first Christian “Church”, the latter word meaning organized worship of the Holy Trinity in a building and asking for money from its attendees (plus it was the official state religion of Rome, too). I know a lot about organized Christian religion for not being raised with it in the house, but I don’t know everything, natch. But I thought the EOC and ROC broke off from the RCC during the Great Schism; am I incorrect?

Forgive me, sincerely, for assuming that the RCC is the first Christian “Church”

No worries; that’s certainly how the RCC presents itself.

I thought the EOC and ROC broke off from the RCC during the Great Schism; am I incorrect?

Again, that’s how the RCC presents it, but it’d be more accurate to say that there was one proto-denomination (we’ll call it the One, Holy, Catholic, and Apostolic Church or OHCAC), dating from about the adoption of the Niceno-Constantinopolitan Creed (from which the OHCAC takes its name).

There are at least four Churches (Roman Catholic, Eastern Orthodox, Oriental Orthodox, and Church of England) which all claim to be the OHCAC, from which all of the others have split in heresy.

Each side can claim the others are splitters.

I’m no longer a Christian, but as far as I’m concerned they’re all Athanasians… often trinitarian ones instead of dualitarian ones…

Rome gained a lot of influence over western regional churches in the 6th century, and expected similar influence over the other patriarchies at Antioch, Alexandria, Thessalonika, Constantinople, and eventually Jerusalem. Rome also pushed the liturgical changes in the Filioque Controversy in the 11th century.

The Orthodox Churches allow their priests to marry.

Nicaea-Constantinople only dates to the 380s. So there was a lot of organized and sometimes state-backed Christianity before or outside that.

Sure. We can pretty solidly date organized Christianity to no later than the A.D. 50’s (when the Pauline epistles were written). But the fact that Paul thought the epistles needed to be written in the 50’s is pretty firm evidence that there wasn’t yet one central idea of what Christianity should be.

As for state-backed… The Armenian Church predates Nicene Christianity by only a couple of decades (early 4th century), and it was brought into communion with the OHCAC (or “brought the other Churches into communion with itself as the OHCAC” is an equally valid view) at the First Council of Nicaea in 325 with the others.

In my mind, at least, the “first Church,” or the first that’s recognizable as the same one that today’s Churches claim to be, has to date back to Nicaea.

Either way, there were other churches which preceded the council of Nicaea, or were outside Nicaea, as with the 2nd (?) council of Constantinople. P.S. Though arguably there aren’t any which have remained outside 2nd Constantinople.

The co-Lucianists regarded themselves as the continuation of the tradition of the martyred Lucian of Antioch. The Donatist and Melitian (?) schisms centered around events in the reigns of Diocletian and some of his early successors.

Not to mention that there wasn’t a Pauline school at the time - though two achools of thought later claimed the mantle(!) And then there’s the fun bit of how Arian created the first known written canon, only to be shunned by the other branches who convened the first Nicean conference in response.

It’s very fascinating and very messy. So much diversity of thought was lost and buried post-Nicea. And the schisms kept happening right up until the late Reniassance era, when the main doctrines and structures finally solidified.

EDIT:
probably should split this into a separate topic - it’s incredibly interesting but not sure it belongs in the Nazification thread

but I’m betting child molestation ain’t one of them.

I’m guessing they have their own problems along these, lines. Similar issues have been coming out about Protestant churches here as well. Pretty much any large-scale organization with a power structure is ripe for this kind of abuse.

But marriage is no real bulwark about men (or women) with power exploiting that power.

So there was a lot of organized and sometimes state-backed Christianity before or outside that.

I believe either the Armenian Church or the Ethiopian church are the oldest established state-backed Christian churches.

[ETA] And (depressingly) sure enough, the Russian Church has an abuse problem…:

The Orthodox Churches allow their priests to marry.

I didn’t want to go into this when this was in the Nazification thread, but…

First, there are certainly reports of molesters in the Eastern Churches.

Second, can we please stop blaming any men’s behaviour on celibacy, voluntary or otherwise? Last time I checked, I haven’t gotten any since my last relationship ended (*does the math*) over four-and-a-half years ago. Before that relationship, I had a “frustrated streak” of over a decade. I’ve worked with kids off-and-on for long stretches during both of those periods. As any purveyor of chocolate will tell you, I don’t have anything particularly resembling willpower. And I have never, ever, touched a child inappropriately.

I’m not going to rule out a correlation between the rule of celibacy and the prevalence of molestation, but if it’s there, I think it must go the other way. That is, priests don’t molest kids because they can’t have sex with adult women, but they may join the priesthood because they’ve had that kind of predilection all along.

Treating priests as a special case because they have voluntarily taken a vow of celibacy (a vow, by the way, which they could easily break with adult women if they so chose), is missing the point that they are doing this because they want to, because they can, and because the Church lets them get away with it.

No, you’re absolutely right, I was posting quickly and glibly, which is not good. Sorry!

And I simply drew from a presumptive guess on my part. Thanks for the corrective info.

No worries. I apologize in turn for snapping at you; that kind of argument, in particular, is one of my pet peeves, and I overreacted.