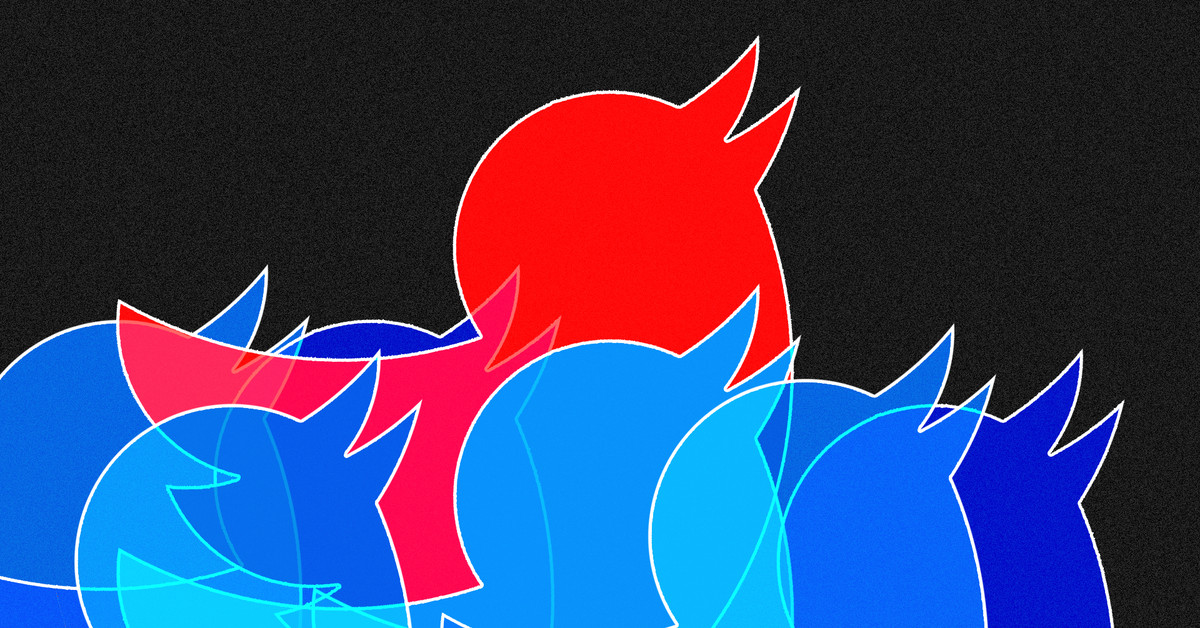 I’m having a hard time understanding why anyone is using twitter for anything other than harassment at this point, which is obviously pretty dismissive, but I’m not feeling too generous right now.

I’m still loving it (user since 2008), but my feed is carefully curated. There’s a lot of people in my feed tweeting about books/writing, film, and music, so they balance off the politics.

I also rarely engage anyone who might attract trolls. That happened once – no thank you. Between the people I mostly agreed with sending me nasty tweets because I didn’t match their ideal of a perfect lefty to the nasty people mostly agreeing with me… ugh. Even then I had a few good discussions before everything blew up.

These days, I’m in this little eddy of people who don’t mind discussing a bit of politics so long as there’s a big helping of puppy photos and cheerful debates on the merits of the Oxford comma.

I love twitter, but, like @gadgetgirl, my feed is probably 75% people in my professional field, 25% interesting content (books, politics, comedy accounts). I follow under 1000 people and have about 1500 followers, probably 80% of whom I have met in person. I don’t have the patience or time to court a larger following. I admire the people who try to take on misinformation and educate the larger public, but it simply doesn’t seem worth it at this time in my life.

I’d have to say, it depends on who you follow, how much you interact, and with whom.

I enjoy twitter, because I only follow people who I find interesting (I mean, who hate-follows people?!?) and I don’t interact. I’m a total lurker, with the occasional “like”. No one harasses me, because no one knows I’m there, and my avi is a dude (Woody Guthrie).

I show up for cute animals, memes, and breaking news.

I’m still loving it (user since 2008), but my feed is carefully curated.

I’d have to say, it depends on who you follow, how much you interact, and with whom.

Twitter’s always been a bit of a dumpster fire as far as I can recall. From that slightly too twee Fail Whale, to the Ruby on Rails hipster dudebroism, to the ubiquitous lunch photos and (possibly apocryphal) bowel movement announcements, I’ll admit that I just did not get the appeal of twitter in the early years, even when I had a smart phone.

However, lots of people in my professional community were all-in on it, so I gave it a shot, and like others found that if you were deliberate about who you followed and could resist the urge to argue on the internet, twitter could be a pretty fun – and even productive! – experience. It’s been going downhill for a while (basically since they started trying to figure out how best to monetize their popularity) but it didn’t really become awful for me until the last election. Reasonable people just couldn’t keep their shit together re: the outrage machine, and I honestly can’t blame them. Our once-useful hashtag has gone more-or-less silent, and a pretty good chunk of us have moved to Slack (which is a whole other topic).

As for the originally posted article, it’s basically a Pyrrhic validation of my introverted, tin-foil-hat-wearing self. I knew that stuff would come back to bite you!

For a while, I thought it might be possible that all this oversharing would eventually normalize behaviors that everyone pretended were much less common than they actually were. It’s no secret that young people like to have a good time and do the hokey-pokey, so to speak, and I hoped that if there were more visceral evidence of how commonplace it was, people would be a little less inclined to be so scandalized about it. Never again would we have to entertain the ludicrous proposition that the likes of Mr. Bill Clinton once “smoked, but did not inhale” a marijuana cigarette. Instead, we’d all be able to say (or have no need to say, really) “yeah, I smoked a little weed in college (or trade-school, or after work) and it was fun, duh.”

The reality of what’s actually been normalized, though, is so much more awful than anything I could have imagined that I just can’t even. I mean, really.

I’m not saying twitter’s to blame, per se, but it seems increasingly certain to me that there’s some sort of mismatch between how our brains work and how social media works. Some sort of category error with respect to the effects of having an audience, maybe.

I admire people who take the “follow the whole person” approach as a response to the “I followed you for jokes/tech/art, not politics” complaints, but I am simply not that person. I have neither the security nor the appetite for risk to be that candid in association with my real name.

Me neither, so kind of getting over a twitch of paralysis.

For a while, I thought it might be possible that all this oversharing

Depends on what you’re oversharing about. Twitter is a cocktail party. Everything by default is public. Anyone can jump in, and they often do.

That helps curb things, at least for me.

I mainly use Twitter for political things. FB is too keep with the family and friends. Instagram is where I do most of my stuff.

But if need be, I could drop Twitter in a sec (like if they mass ban people talking about voting blue and getting Democrats back in office, but look the other way when Nazis post shit).