pardon me if there is already a thread for this but i didn’t see one around.

what’s everyone in the states cooking? let us see your menus, whether it’s the traditional turkey or something non-traditional like we’re having let’s compare notes and see what’s cooking.

we are having a tex-mex feast.

so far we have 39 cheese enchiladas my wife and i made sunday and put in the freezer. we’re going to make 25-30 more chicken enchiladas tomorrow morning. i’m cooking the chicken as we speak (er, type). last night my older son and his yournger son and i made 100 pork tamales from scratch using my dad’s recipe. my wife and i steamed 6 of them after the boys left and they are really good. my older son is slow smoking a beef tongue tonight for lengua street tacos and is marinating beef and pork for fajitas tomorrow. we’re going to have rice and beans, pico de gallo, a variety of salsas and condiments. for dessert we bought a tres leches cake, i’m making a couple of eagle brand pies, and my wife is making a gluten-free boston cream pie for my mother’s enjoyment.

We’re taking the year off from the high-zoot Tgiving production. Sammiches for a beach picnic is tomorrow’s order of the day!

So when should we show up?

We’re going out to a restaurant tomorrow. But the spouse unit will be making a pumpkin pie or two – 1/2 whole wheat crust from scratch (Betty Crocker recipe), filling from Libbies’ canned pumpkin, recipe on can. Great combination.

I’m thinking of making some roti and skipping the roast fowl.

do you live in texas?

seriously, we’ve got good crowd coming over tomorrow from my mother to my niece to our sons and grandsons. i think we’ll have about 12 or 14 counting us.

today we bought aluminium pans over various sizes to send leftovers home in. i just got through making the spanish rice and cooking the chicken in a box of stock, a pint of water, salt, garlic, onions, and cilantro. i’ve strained the stock into a pan of 6 fresh chopped pablano peppers which will be the basis of my sour cream sauce, my wife has grated two pounds of jack cheese and a half pound of cheddar. if we still have any go left after we eat dinner and finish cleaning up and organizing our dining space we’ll go ahead and assemble the enchiladas. i’ll make pico and guacamole first thing in the morning.

I’m making carne asada and chiles rellenos. It’s just the two of us so it should be enough for the weekend. The market I went to today even had Central American sour cream for breakfast, with rice and beans. It’ll be a tasty weekend. Your spread sounds amazing, @navarro.

Thanksgiving for two this year, since the usual area family gathering isn’t happening due to schedule issues.

do you live in texas?

Wish I did! It all sounds great. Lots of work though (uhgh). Bon appetit!

I have so much cooking to do tomorrow. My daughter and friends are making the pie now.

Her friends are Chinese and Vietnamese so they were very keen on a traditional menu as they never have these foods.

We’re running with our traditional ‘Friendsgiving Potluck’ in which we invite over all the friends that won’t be able to travel back to have Thanksgiving with their respective families. It’s worked out wonderfully in the past as we provide the turkey and the candied yams, and everyone else brings their very best sides because everyone wants to show out.

Guests this year are bringing:

And afterwards we play two rounds of Telephone Pictionary, which never fails to leave all of us in tears from laughing so hard. The memorable 2016 stack was the transformation of ‘A stitch in time saves nine’ to ‘Lincoln says the best play is to kick the football’.

thanks so much. you menu sounds great too and if it were just the two of us something like that would be great.

Lots of work though (uhgh).

it has been a lot of work but there’s been a lot of love in it too. last night when our oldest son and his younger son (14) came over i taught them how to make tamales from scratch. it’s the first time i’ve made tamales since dad died and even though it was work it was also so good to pass on the family recipe for tamales. at one point when we were all in the thick of making a tamale, each of us spreading the masa on our corn husk, it brought tears to my eyes and made we wish dad could have been there to see it.

I was going to go with Mexican but when I got to the local Tex-Mex place they had a Thanksgiving set meal, so I went with that. Lessee…

mulled cider
cream of pumpkin soup (without pumpkin spice, which I dislike)
Waldorf salad
a goodly portion of white and dark meat turkey with gravy
mashed potatoes
yams? (sweet potatoes are plentiful here in China, but these weren’t those, they might have been genuine African yams)
cranberry sauce
broccoli with garlic
dressing with brandy (or was it bourbon?) sauce
apple pie 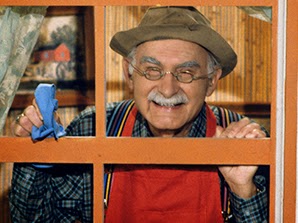 my social studies class “celebrated” canada’s thanksgiving last month too. we spent this unit comparing and contrasting the u.s and canada from a cultural and historical perspective. not that we hit it with much depth but, hey, they’re 11 and 12 year olds. as it was they were trying to get a drink from a firehose.

Just me and the wife, we don’t have any family here and decided to just stay home.

Happy Thanksgiving to all!!

I would like to wish all my American friends the happiest of Thanksgivings.*

*This part is actually sincere.

My Turkey is already being served. 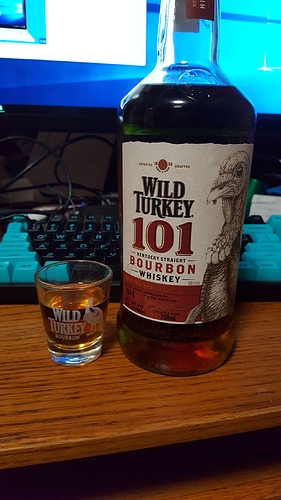 I’m coming to your house for turkey then