Valve leaks Steam game player counts; we have the numbers 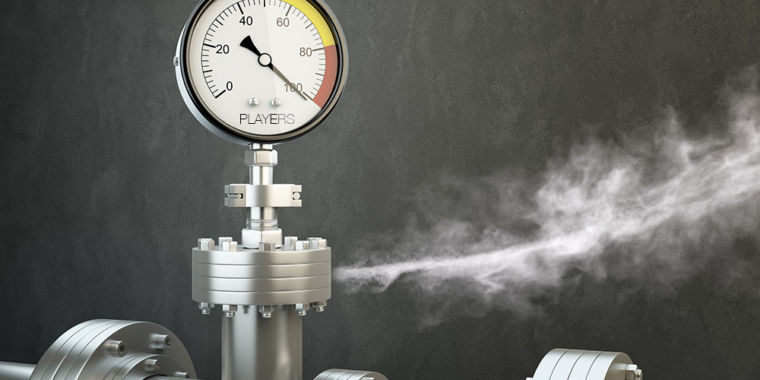 Valve leaks Steam game player counts; we have the numbers

Valve plugged the hole, but important data has already escaped.

I briefly skimmed over the entire CSV, mostly near the bottom, and my current favorite is this:

There are six other games in this series, and they’ve all come out within the last year. My genuine hope is that all of this publisher’s games are being procedurally generated, but it’s probably something far less interesting.

It may be interesting to look at the results for all of this publisher’s games, though.

Disclaimer: I haven’t played any of the games mentioned above, and I neither recommend for or against them. I’m just a bit fascinated by what it must be like to hover around the bottom of the steam sales charts.

Interesting way to derive data!
It’s an odd datum that strikes me as mostly useless though - neither the total number of owners (including those of us that bought the game on sale but haven’t played it) nor the number of current/frequent players (excluding those who played it once 4 years ago and haven’t touched it since and those who tried and found it didn’t run well enough to play on their machine). And of course it doesn’t cover players on GOG or elsewhere.

The Typing of The Dead: Overkill

That’s actually a sequel. The original was based on House of the Dead 2, and it featured the characters carrying keyboards on their backs. Words appear on the zombies heads, and you have to type the words as fast as possible to kill them.

This one is based on a later House of the Dead game (Overkill from 2009). There’s also a number of DLC packs, including phrases from Shakespeare.

An interesting technique to recreate those numbers. Of course, it reinforces the age-old advice given to everyone who works with data- never leave spurious accuracy in your results.

The Typing of The Dead: Overkill

It’s been years since I played the first one, which was hilarious (for a weirdo like me.) I want this. But I’m not on Steam

Wow, roguelites are way less popular than I realized. Even Darkest Dungeon which has a ton of support behind it is lower than extremely niche titles.

Let’s see how some of my favorite developers/games stack up:

On one hand, I can see how Spacechem would be their most successful game, but I also think the results could be skewed because there are generally few easy achievements in the games. I’m not sure why Ironclad Tactics is missing, but it does only have a single achievement.

It’s well documented that Prison Architect is their most successful game, and that Multiwinia was their least successful. Defcon was more popular than I expected, though.

Stardew Valley is a remarkable game on several fronts.

Human Resource Machine is within range of several of the Zachtronics games, which seems appropriate.

This is the first instance where I’m seeing DLC in the data. Interestingly, there wasn’t an entry for Hacknet’s DLC. Also, I would have liked to compare Uplink’s numbers with Hacknet. I haven’t played Think of the Children, but it looks like something I would enjoy.

It’s close, but I would not have guessed that Brutal Legend would bot the most popular game. I know that Double Fine has discounted their back catalog many many times, so that could be part of it. Also notable is the lack of achievements in some of their recent games.

Of the three, I’ve only played a little Gunpoint. I’m not sure why Heat Signature wasn’t included.

Of this bunch, I’ve only played Big Pharma. I own Democracy 3, so I should probably check that out sometime. Notably, neither Democracy 1 or 2 were included in the data. It looks like 1 isn’t available on Steam, and 2 doesn’t have any achievements.

I’m guessing Oxygen Not Included doesn’t have achievements yet since it’s still in early access, but I’m not sure about Don’t Starve.

No real surprises here, other than Factorio. That’s a much higher number than I expected for a game that is not very accessible, and has never gone on sale. Other than that, it looks like the higher numbers are for games that have gotten more exposure, and the more obscure games have much lower numbers.