Husband and I have been watching “classic” movies with our 13-yr-old daughter. Here are her thoughts, almost verbatim, and you try explaining nuance to a teen-ager, at least mine:

Butch Cassidy & The Sundance Kid: You said it had a good ending. They died.

Rocky: You said it had a good ending. He lost.

Casablanca: You said it had a good ending. Why did she leave with him? (I will say that I agree with her - really? You’re leaving with Victor???)

The Shawshank Redemption: Now that’s what I call a good ending.

If you had a 13-yr-old daughter, what “classic” movies/shows would you watch?

P.S. I don’t like David Mamet or Hemingway, so none of that shit. Please and thank you.

She’s probably going to appreciate these endings in the long-term.

I’ll just throw this out there: how about “Kind Hearts and Coronets?” Or how about “Solaris,” the good version. Those are different. It’s an experiment.

And then there’s “Animal Crackers.” That movie changed my life.

It’s her sacrifice to defeat fascism. I’m sure they got together again.

“Sweet Charity” (1969). The last big-studio-musical that wasn’t a piece of crap. If you can get the DVD, there’s a featurette that was made at the same time as well as the alternate ending.

“The Women” (1939). Again, I wouldn’t understand why she might not like this. The color fashion show is fab!

“They Drive by Night” (1940). Bogie isn’t the lead, it’s George Raft! It’s about the world of indie and corp. long-haul trucking. No country-and-western songs, but great performances by Ann Sheridan (a personal fave of mine) and Ida Lupino (who tears up the screen). Also, a technological advance of that time plays a part in the movie!

“Broadway Melody” of any year, but especially 1940, and any movie with Eleanor Powell in it.
Because dancing is important.

I’m sure I’ll come up with more later.

Umm…Buster Keaton and Fatty Arbuckle, especially “Steamboat Bill, Jr.” for the former and anything with Mabel Normand for the latter. If she’s interested in back-stories, Mr. Arbuckle’s is interesting and tragic.

All the Fleischer Studios works. Especially the silents. There are some great docos on YouTube about Max & Co. Oh yeah, MOST especially the color “Superman” shorts. She can compare the representation of Kal-El then to now. A great change from Disney and WB classic toons as well, and often overlooked.

North by Northwest and Charade?

I second Kind Hearts and Coronets, Duck Soup, and Charade. I’d usually recommend the Jose Ferrer version of Cyrano de Bergerac, which is amazing, but based on her previous responses, I don’t think your daughter would like the ending.

There’s always the classic black-and-white horror movies (Dracula, Frankenstein, the Mummy, etc.) but I don’t know if your daughter’s into horror or not.

I’ll think more to see if I can come up with anything else.

Heathers, if “fuck me gently with a chainsaw” is appropriate for your household.

Mean Girls is probably old enough to be considered a classic at this point.

Singin’ In The Rain? I pretty much hate musicals but it’s great.

The Misfits. Monroe in probably her strongest role. Her interaction with the men might be more interesting than classic Hollywood “the dude sees the woman he wants and gets her.” great introduction to Gable, Wallach, and Clift.

Benny and Joon. could be a sleeper introduction to why Chaplin was so great.

Ringwald-centric Hughes movies? not sure they hold up without nostalgia, but Sixteen Candles and Pretty In Pink are the only good movies with a teen girl protag I can think of that aren’t explicitly comedies.

His Girl Friday is a pretty solid choice. I first heard about it because my buddy watched it in his freshman film studies class, everyone loved it in that class. that was the mid 90s, so pretty safe to say young people will like it still. it’s the epitome of a cinema classic, too.

speaking of freshman film studies, The Freshman might work. it’s pretty dude-centric but the love interest is definitely in a role of strength. but your daughter basically needs to see The Godfather or at least be aware of its cultural cachet and Brando’s role beforehand.

The Outsiders. the boys are eye candy to the extreme and the novel was written by a woman so it is lent somewhat of a female perspective even if there’s no female roles to speak of.

The Blues Brothers. nothing teen girl oriented but it is very hard to dislike and also is a very well-made film all around if you wanted to get into discussing pacing, editing, etc (also His Girl Friday great for that).

that’s all I can think of for now.

with all my Winona Ryder recs, I can’t believe I forgot the version of Little Women she’s in. It’s almost comical how strong of a cast it had. Literally all the young actors who were then-unknown went on to stardom. I watched it on a whim on TV because I happened to catch it at the beginning. I missed the title but the opening sequence had the cast credits overlayed and it was name-after-name big stars, I was like wtf is this?
I loved it as a middle-aged dude so I’d reckon that’s a lock although I’ll cop to never having read the novel.

The Misfits. Monroe in probably her strongest role. Her interaction with the men might be more interesting than classic Hollywood “the dude sees the woman he wants and gets her.” great introduction to Gable, Wallach, and Clift.

ok, so i live in Reno, and even though i know ALLLL about that movie from a local history perspective, and just the history around it in general, i had never actually watched it until about a month or so ago. and i just gotta say, MAN, IS THAT MOVIE DARK.

everyone in it is so tragic. i mean, it’s a great movie, but wow.

i think i’d put “Sunset Boulevard” on the list of must-see classics. holy moly, that movie is amazing in so many ways.

i’lll second The Thin Man, too. we watch the first two or three Thin Man movies every xmas.

EDIT: jumping back in to add The Maltese Falcon to the list.

How about “Les Vacances de Monsieur Hulot?”
It’s impossible to not like that movie.

Heathers hits really different nowadays. Saw it with my daughter and oh, wow, that was pre-Columbine.

Pretty in Pink with its lack of consent content hasn’t aged well either.

I recently found a crumpled-up sheet of steno-pad paper with what appears to be a list of my favorite movies on it. There’s no date, but I do remember I still had access to TCM, so it’s at least three years old. Here they are, in no particular order:

The Best Years of Our Lives (1946). Midwestern guys come back from WWII.
Mildred Pierce (1945) Will make your daughter maybe think twice about ever being mouthy and selfish.
The Women (mentioned already).
Johnny Belinda (1948). Great cast, great subject. More proof that if actors who play handicapped people when they’re not win Oscars.
Now, Voyager. (mentioned already).
At the Circus (1939). More Marx Brothers, which makes it better than anything else even if it’s not considered their best. Bonus - Eve Arden!
Born Yesterday (1950). I wouldn’t bother with any other version after this, I don’t care if John
Goodman was in the remake. Written with Columbia Studios head Harry Cohn in mind, who was said to be flattered.
Ball of Fire (1940). Charming old men and Gary Cooper meet mob moll Barbara Stanwyck in their quest to learn about slang. Best gangster name EVER is Duke Pastrami, played super-well by Dan Duryea.
You Can’t Take It with You (1938). My ideal family. I haven’t a bad thing to say about this movie.
Auntie Mame (1958). You won’t bother with the Lucille Ball version after seeing this, TRUST me. It’s simply divine.
The Time of Your Life (1948). The other side of Cagney. A bar that makes Cheers look cold and sterile.
To Kill a Mockingbird (1962). Better than Citizen Kane in many, many ways, which was a fine technical film, but is over-rated by many simply because they don’t know of any other films that are comparable to it.
The Third Man (1949). Great score, great acting, and cats! Orson Welles plays the onscreen version of one of his radio characters, Harry Lime.
Larceny, Inc. (1942). Edward G. Robinson as a hood fresh out of the slam who is forced into going straight by niece Jane Wyman. Look for the young Jackie Gleason!
A Star is Born (already mentioned). But watch both the 1937 and 1954 versions and discuss who played Matt Libby better - Lionel Stander or Jack Carson?
All Through the Night (1942). Humphrey Bogart is a mobster who fights the Nazis. Look for a young Jackie Gleason!
The Amazing Dr. Clitterhouse (1938). Eddie G. is a professor of crime - or he’s trying to be. Great supporting performances by Claire Trevor, Bogie, and Maxie Rosenbloom.

I have to thank you - in sharing my list with you, I discovered I had enough material for my blog, of which I’ve been neglectful lately. So, thanks!

Addendum: Here’s the link to said blog, which has the list and links to trailers for all of the movies on said list. 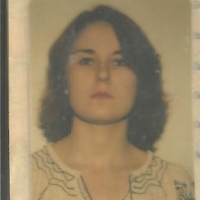 It's about films that I've watched and what I think of them.

All Through the Night

Ringwald-centric Hughes movies? not sure they hold up without nostalgia, but Sixteen Candles and Pretty In Pink are the only good movies with a teen girl protag I can think of that aren’t explicitly comedies.

There’s a lot of super racist stuff in Sixteen Candles and the implied rape scene near the end hasn’t held up well at all. It’s still a fun and wholesome film in many ways but it is worth having some uncomfortable conversations about some of the more troublesome aspects of it.

Ringwald herself reflected on her time with Huges a few years back: 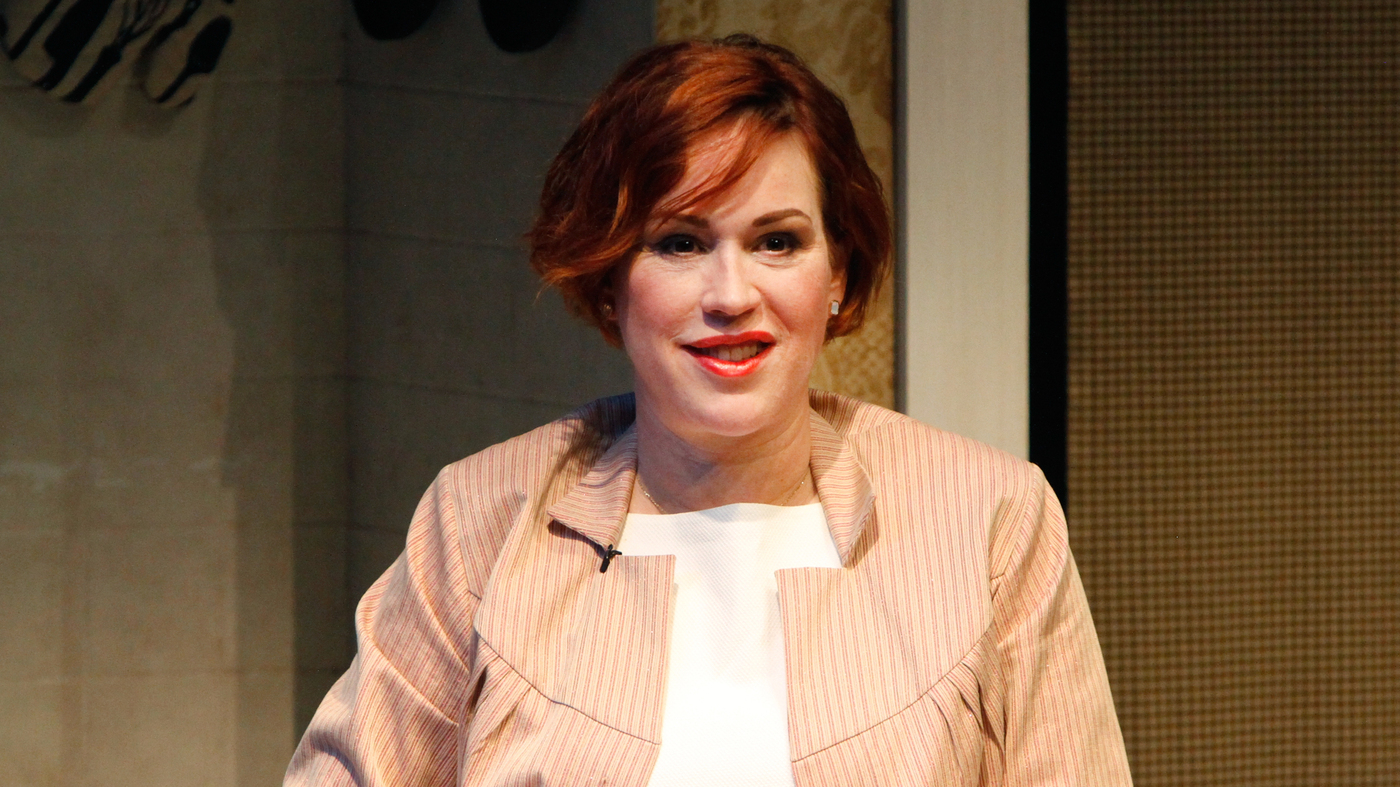 The 1980s movie darling talks to NPR's Lulu Garcia-Navarro about the impact of the era's pop culture, which came up during hearings for Judge Brett Kavanaugh. These days she has a teen of her own.

Absofuckinglutely. I saw that film for the first time several years back and I was shocked at how high quality of a film it was.

Depending on maturity level, This Is Spinal Tap is hilarious. I think I was 10 when I first saw it and while some of the more adult humor went right over my head, it was still great and it just got better with time as I got older.

The Private Eyes and Clue are two comedies that are timeless and can be appreciated by all ages and levels of sophistication.

Election is great dark comedy (emphasis on the dark)

My daughter especially loved Diamonds are a Girl’s Best Friend.