Just what it says - a topic for describing, interpreting, or otherwise discussing dreams which you consider noteworthy for any reason.

Here are a couple of my recent ones:

01/18 - I was a person casually talking with some people that I had met out on the town one night. But I realized that we were on the roof of a building, and people were watching us. So I excused myself and tried hopping to some other roofs where I would be less conspicuous. I saw that there were police down there searching for me, so I became more evasive and climbed into a building.

It turned out to be a house that was my grandmother’s, and then my aunts years ago. Who lived there was Muffin - a cat my parents adopted to keep the other cat company when I had “run away” in my teens. She had died long ago. But there she was, same as before. Except that she now wore a miniature football helmet that she never takes off. And all of the furniture was made from stacks of salmon fillet, which she could nibble upon. Then I discovered that some of our other departed cats were living there, and the shock of too many weird coincidences caused me to become aware that it was a dream and shocked me out of it.

01/20 - We were under siege by the cylons in a habitat within a vast space station. Except that these cylons were human-sized termites. And “we” was a person who was me, some of the cast of the 2000s BSG series, and various hosts of online sexuality discussions, like Lindsay Doe, Laci Green, Stevie, Zinnia Jones, etc. There were times we’d have to fight, or find places to hide, or just try to forget that that madness was happening and relax for a while.

Eventually I snapped out of it, wondering “HOW IS IT that I am laying here seeing Saul Tigh and Laci Green fighting a giant alien termite? WTF”

Except that she now wore a miniature football helmet that she never takes off. And all of the furniture was made from stacks of salmon fillet, which she could nibble upon. Then I discovered that some of our other departed cats were living there, and the shock of too many weird coincidences caused me to become aware that it was a dream […]

I love that you were cool with a football-helmet-wearing cat and furniture made of salmon, but it was the weird coincidences that snapped you to.

Here’s my take: the engrams of your former pets have banded together (as a sort of emergent property of the network formed by their mutual intersections in your brain) to give you a tip on the upcoming big game. You don’t have to tell us what it was, but was there a logo on Muffin’s helmet?

You don’t have to tell us what it was, but was there a logo on Muffin’s helmet?

No, there was no logo. I am not interested in football, nor spectator sports generally. So I could only name or recognize a small few teams or logos anyway.

However, I did note that it was a deep red, in the burgundy-maroon spectrum.

To clarify, it wasn’t meant to be a serious take, that was just me goofin’ on the dream-interpretation angle. (I’ve read enough of your other posts to guess that you’re probably not much of a sports-fan, so my apologies if it wasn’t as obviously silly as I thought.)

I find it interesting that you can remember the color of the helmet when prompted. Did you relate these dreams from memory, or do you write them down when you find them interesting? I sometimes record mine when I can remember them, but it’s always hard to translate the details, almost like they weren’t there and I’m making it up as I write. If it were my dream, I probably would have described the helmet, for example, as the sensation that there was something special about the cat’s head, or maybe on the cat’s head, like a hat or a bonnet or a helmet of some sort. 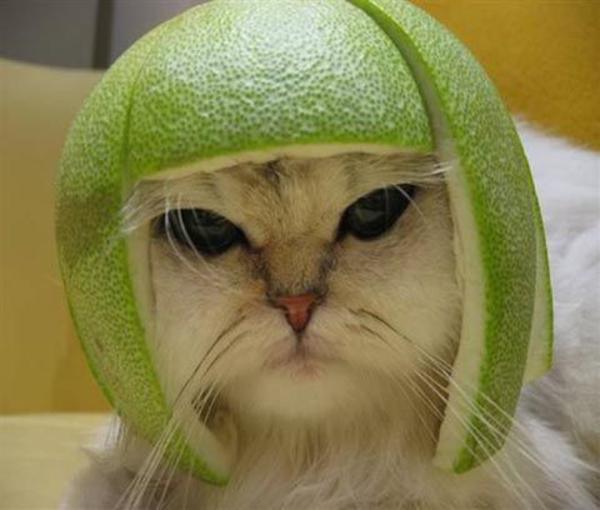 I find it interesting that you can remember the color of the helmet when prompted. Did you relate these dreams from memory, or do you write them down when you find them interesting?

I related them from memory. I like taking time to document my dreams. I have done so years ago, but it sometimes amounts to me starting my day by writing journals for a couple of hours each morning. My thinking was that remembering little details like the color of the helmet, or what the buildings looked like, etc were crucial for interpreting the dreams. But I just can’t get myself to devote that much time to doing so as an exercise these days.

A recent one, from memory: I was somewhere in another land that in many ways appeared quite old in terms of architecture and the way people dressed and such (possibly back to medieval) but there were modern things like cars. There were 3 distinct classes of people, the religious (may have been a theocracy) who were always judging, the wealthy nobles who were always plotting and scheming their intrigues, and the lower class - rapscallions or rabble who got along however they could.

I was among the lower class. We didn’t really care about the nobles because they didn’t really care about us, and if they did take an interest in us, we could pretty easily escape, lose them in the less-pleasant places where they wouldn’t deign to go, etc. But the religious people were everywhere. And if you didn’t adhere to their standards, you’d get a harsh glare from the men, a tutting/clucking disapproval from the women, and possibly get reported.

I distinctly remember that everyone was required to carry incense when walking around outside. The devout carried whole bundles, but as long as you had a stick of incense in your hand, you were ok. If not though, that was bad. People often left some lying out near the streetcorners so you could grab one if you were caught without, and they often had bundles of them in the floorboard of their cars, so you could grab one from a nearby unlocked car if need be.

I was trying to go somewhere up an old flight of stone steps, and the way was blocked by a rockfall, which had somewhat smashed up the nice ancient staircase. I was trying to move one of the rocks to get by when I heard voices, realized I didn’t have any incense, and ran, lest I be blamed for the rockfall.

I ran into someone who was trying to get rid of something small but flammable, and clearly freaking out about what to do with it. I told him there were people he could hire for that, who specialized in disposals, but he didn’t really need them. They would just pack it up in several layered envelopes/boxes with no return address and drop it in a mailbox somewhere dark and deserted.

I woke up with the thought that that sort of thing was probably quite illegal, possibly even moreso than not having incense in your hand while walking around.

From last night: space aliens in Midsomer Murders. Barnaby had to show around a group of about twenty persons to solve a case. Half the lot was human, half alien. The aliens were annoying him because they kept asking questions about Earth/rural English customs, to ensure they weren’t committing faux pas. In particular a young alien mother was concerned about the right way to push a pram, and fretting because she didn’t think they were as safe as whatever was used back home.

I don’t have genuine nightmares all that often, but I had one last night.

I was on the top floor of a building, and had to start climbing down the stairs. No, that’s not right. There was an elevator, and I decided to take the stairs instead.

It started out normal enough, but then the stairs started getting weird. I had to start climbing up stairs instead of just down them. In the dream, it seemed perfectly normal, as if it made sense that you’d need to go up these stairs to go down the next ones.

The stairs started getting more and more sketchy; I don’t remember the whole progression, but it ended off with me sliding down a vertical pipe, and then the next step would have been to get across a gap over a long fall, with only another pipe to hold onto on the other side… and I just couldn’t do it. My acrophobia kicked in full-scale, and, after an eternity of not being able to proceed further or reverse course, I woke in a panic.

This isn’t the first “stairs-themed” dream I’ve had; there’s another recurring one which starts out in my workplace, but then I have to make my way down for some reason. so I get a few floors down, and then I have to switch to the other stairwell because this one becomes a catwalk above/around the walls of an Olympic-sized swimming pool before continuing, and who wants to have to deal with that kind of detour? So I have to cut through the floor of an office building in order to get to the other stairwell

Then I make my way down to the second floor, because the stairs don’t go all the way to the ground level (in retrospect, there seems to be a theme here), and I have to take a grand escalator down to the exit…

So, yeah, I’ve had similar dreams before, but this was the first one along this theme, and the first dream at all in quite some time, that has really terrified me like this.

Just saw this… Are you sure it was a dream and you weren’t just watching Midsomer?

Wow, that was only from 18 months ago and I don’t remember it at all.

One dream that’s been bugging me isn’t even my own: a friend of mine who does not normally go in for “weird dreams” had one about me so strong she emailed me a summary.

She said in the dream she’d been in my neighbourhood and decided to drop in unannounced. I let her in, and the apartment was carpeted in spreadsheet printouts.

I explained in the dream that I’d decided to switch careers and get into hairdressing. The spreadsheets were lists and details of different hairstyles.

My friend concluded it meant no matter what I did, I was totally me (er, thanks?).

But the weird thing was, I did have a hair appointment scheduled only three days after she reported the dream, I’d been working through another round of spring cleaning and had stuff all over the floor, and I’ve been thinking about setting up a side business (although not hairdressing).

Oh, and I haven’t talked to this friend in about three months, and then about none of these things.

I get downward staircases in my dreams a lot, and they also change as you go down, (usually they start out normal, with typical brick or cinderblock walls and metal rails, then a few flights down become carved stone and beyond that rough-hewn bedrock/sandstone with wear marks from countless footsteps over the eons). But they usually lead to interesting places - a long-isolated underground city with inhabitants that would appear to be monsters on the surface but are just normal people there, or a hallway that recedes into infinity where each door leads to an apartment/house full of very different people and pets living a very different culture. No acrophobic ones that I remember, but it would fit.