When suspicion is proof

From Oregon, the latest adventures in pre-crime. 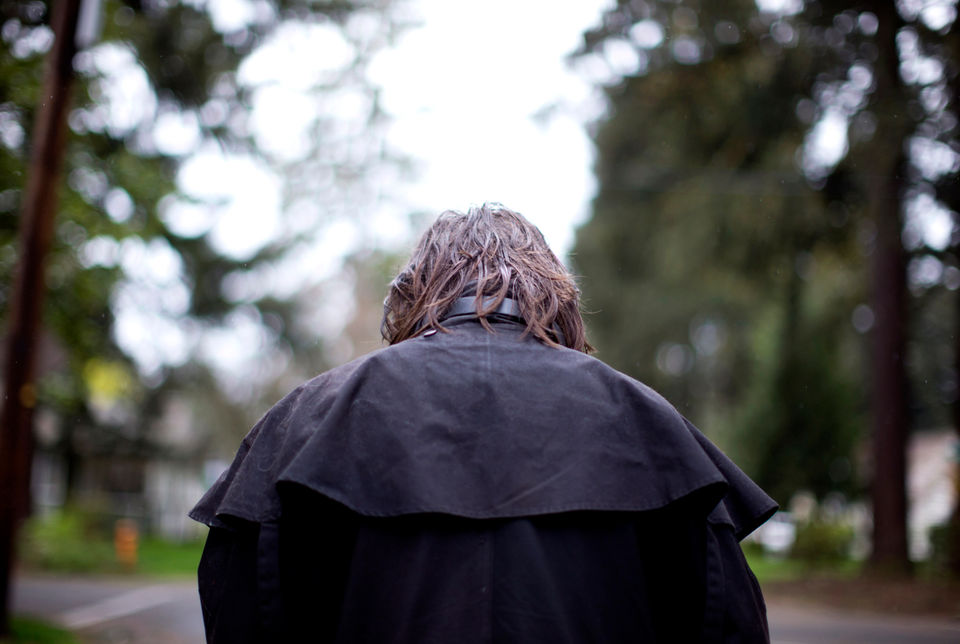 Targeted: A Family and the Quest to Stop the Next School Shooter

What happened to a Portland student sheds light on how a desire to thwart a shooting can have unintended consequences.


Look a little too much like the common stereotypical “outsider”? Fail to fit in? Too bad. You now have to prove that you’re not dangerous to a paranoid, faceless beuracracy.
9 Likes
smulder June 28, 2018, 12:02am #2

“Not creeping people out” is an important skill for adult life.

But the school is expecting the kid to have mastered it, without ever TEACHING it to him …

That could have been me.

Black Trench from the Army-Navy Store.

Typical more than enough knowledge of guns, knives, swords, etc that comes from being a Role Playing Game Geek

“Typical” fascination with the application of chemistry and rapidly oxidizing compounds.

Hung out with all the really weird kids.

Constantly bullied outsider. Knew more about murder methods and serial killers than any of the other kids. Got great grades in chemistry.

Lucky for me, I was a girl in Canada in a school that had a convicted murderer sucking up all the attention. And it was pre-Columbine, so no one was looking for the loner kids (which the Columbine students were not!).

“Not creeping people out” is an important skill for adult life.

Sure, that may be, but “creeping people out” is a subjective term.

Fortunately, people are less creeped out* than they were back in my day. When I was a teenager, I was a weird mopey loner who wore all black, took German in school instead of Spanish, and had no real friends outside of the kids I LARPed with. That was sufficient to be creepy back then, but today it’s just another lifestyle choice among many.

they watched The Matrix

I had watched it when it first came out. My thoughts were, “this is cool, but I’ll never need to watch it again.” I stand by those thoughts.

Yes, I am, but that’s not related at all. Besides, I don’t find black all that depressing. Black is bold. Various shades of undersaturated color (gunmetal, charcoal, etc.) are complex. If I wanted to dress how I felt, I would dress in #BBBBBB or some similar shade of light gray. If I wanted to depress other people, I would probably go with #DDDDFF or similar sickly blend of institutional off-white and pastel blue.

they mistakenly thinks it makes them look “cool”

…Donny. Nothing to be afraid of.

Yes to all of this! Black is neutral and neutral is easy. Easy to wash and easy to wear. It’s so much easier than finding the perfect pair of pants to go with that one purple shirt, and then finding that none of my other shirts go with that pair of pants. Especially the purple ones. True story.

As an experiment in high school I wore all super-saturated bright colors for a bit.

I’ve mentioned this before at BB: As a kid, I wasn’t allowed to watch the D&D animated series because my mother incorrectly conflated it with the panic about the tabletop RPG. It’s notable because my parents were otherwise very lax with regard to what I watched. I can’t think of another conflict, in fact.

I own two black t-shirts with the D&D logo on them. My mother asked me what the symbol was when I was wearing one the other day. I told her and then remarked on the irony of me wearing a shirt for something I’ve never played. She seemed genuinely surprised that I hadn’t, and treated it as though it was a perfectly normal thing for me to do. I’m reasonably certain that she doesn’t remember the moral panic surrounding the game. There’s a certain kind of progress in that, I think.

Full disclosure: My mother has been diagnosed with Frontotemporal dementia, so I wouldn’t expect her to remember details like that anyway. I still take some comfort in her viewing the game and activities like it with a more modern lens.

I’m reasonably certain that she doesn’t remember the moral panic surrounding the game.

Dementia or not, I’m fairly sure not many people do. Time marches on. I was there, and what I do remember I find increasingly hard to believe. I mean, there was a moral panic (and I don’t use that term lightly) about D&D, which is one tabletop RPG among many. There are several stores on my street that I can walk into and get game guides for all the tabletop RPGs (and LARPs!) I want. This is the world we have today, and it feels so much better in this respect than when and where I grew up, so I’m finding it easier and easier to forget those times.

On the other hand, time marching on is not always a good thing. We’re not panicking about Metallica and D&D and black clothes because we have mass shootings every day, political and economic instability, and actual literal white supremacists to worry about instead.