Where are Neo-Nazis Recruiting?

While the Southern Poverty Law Center seems to favor status-quo centrism, they do watch and oppose the far right. 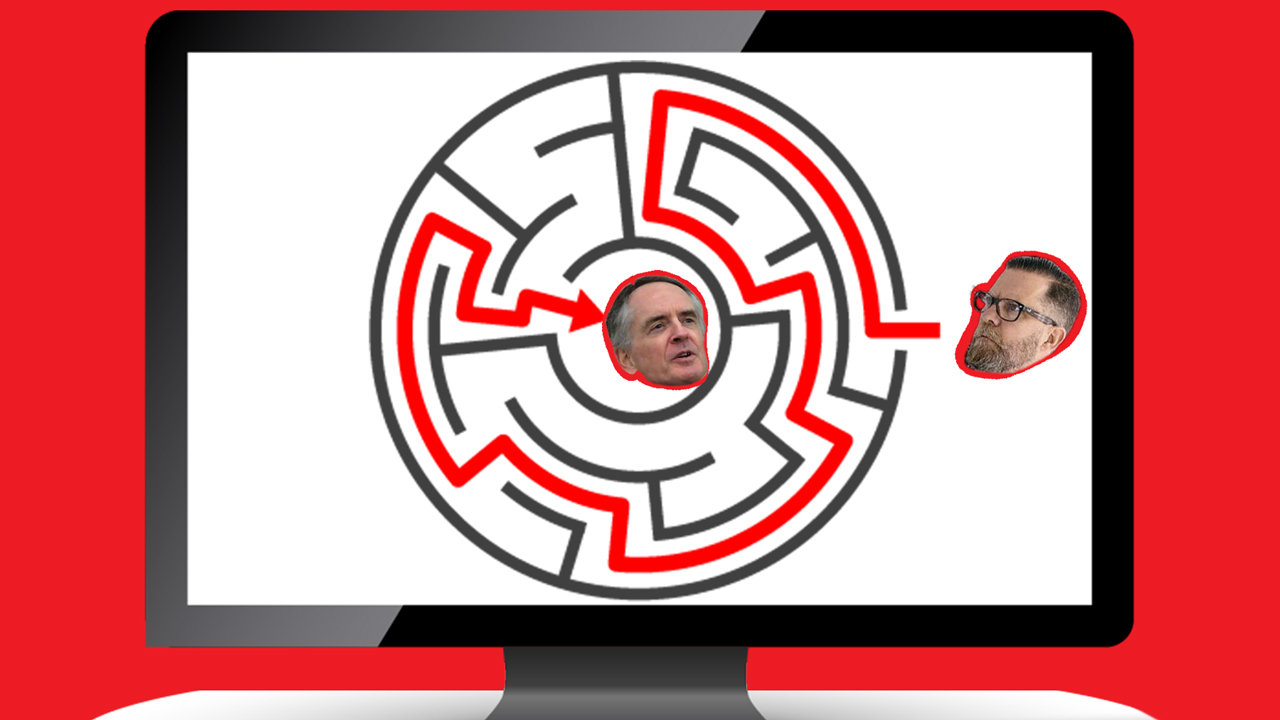 McInnes, Molyneux, and 4chan: Investigating pathways to the alt-right

What brings someone into the alt-right ecosystem?

Wow, what a fucked-up place. 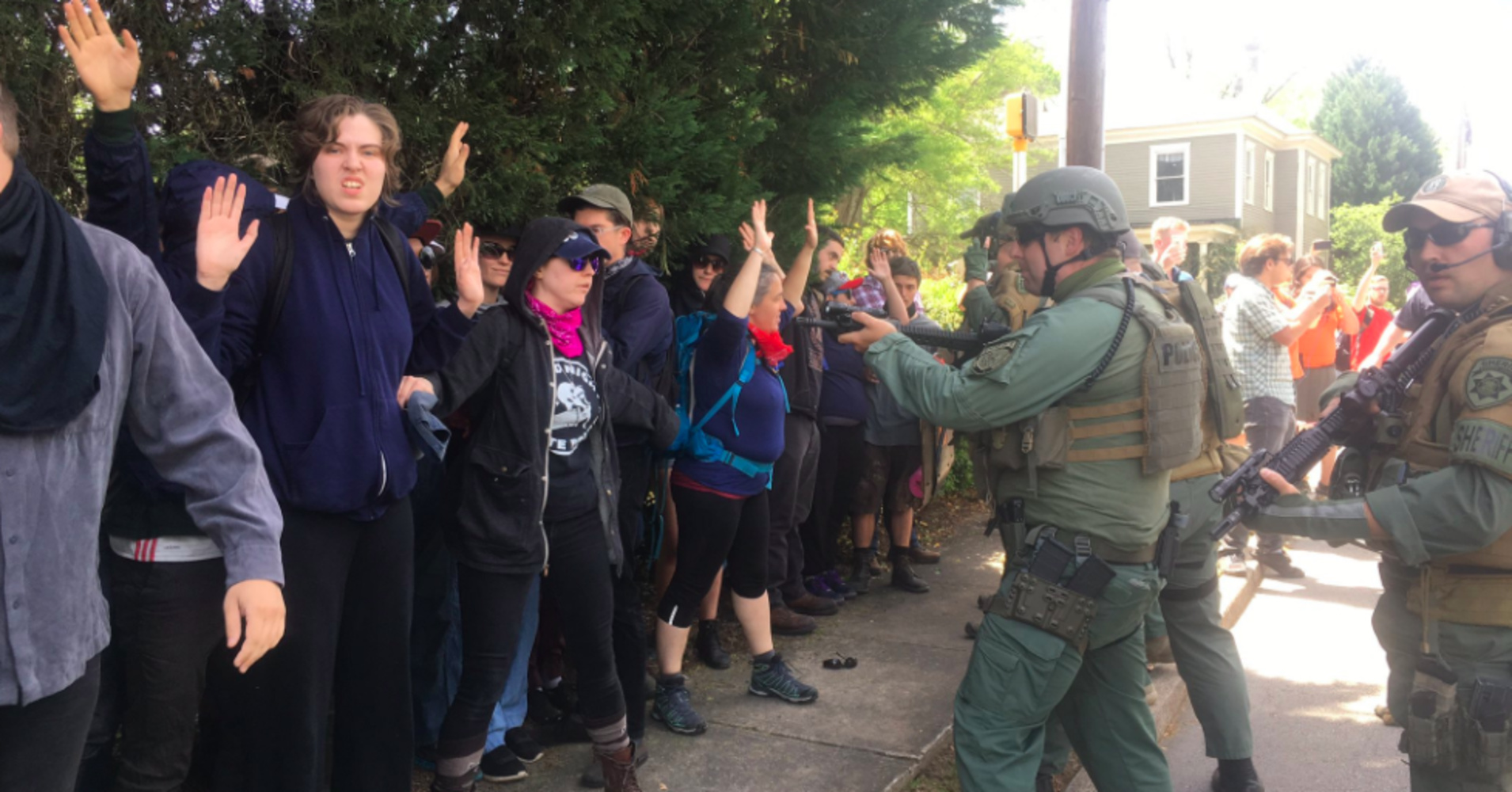 They cited a state law from the 1950s that was initially intended to go after hooded KKK members.

The section on “race realism” strikes me as the weaponization of science, in other words, taking scientific language and ideas and twisting them into ideological purposes. They sound good enough to entice people who are already leaning into that camp by giving them a veneer of scientific language. It’s bullshit and anti-science of course, but it allows them to fully embrace white supremacy.

Fucked up. Thanks for posting this report.

In small-town Ontario where I live, there are significant swaths of folks who grew up around white people (or aboriginals), and no one else. I had a family member who worked for the OPP (our “state police”), and they were all atwitter a few years ago with the hiring of their first black officer.

Most of the jobs in these areas are service-based on the low end (i.e. retail), or labour jobs (be it farming, construction, maintenance, whatever). Costs of living are appropriately lower as well, and of course we don’t have to worry about things like healthcare costs and whatnot in the same way our neighbours to the south do.

Many of these areas are unchanged for generations. A lot of the older folk used to work in factories until they closed, and their kids all stay close to home and work dead-end jobs for a paycheck and go home. Most of my family fit into this category, but because they can afford their homes and their expenses, most are content with the status quo. I know that’s a very different sentiment than the US.

In the area I live in, we’re close enough to Toronto that some large developments have gone up in recent years, many of which are purchased by wealthy foreign (or at least non-white) owners. I applaud the cultural diversity this has brought - we can finally get some good Asian/Indian food here now, and there’s something awesomely fusion about watching a Sikh family put snowmen and holiday lights on their house!

However, for decades many folks around us have complained about how “they” don’t belong here and “they” are stealing the jobs and “they” aren’t “like us.” All the standard crap that happens when areas are diversified.

While obviously, this doesn’t create neo-nazis, it does lead to populism (it’s why the 905 is gonna vote for Doug Ford and put him in office, after all), which leads to normalization of bigotry. All under the auspices of “protecting our way of life”.

I hate it, and it makes me all the happier that my family moved us to Toronto when I was young to go to school there. Toronto is one of the most multicultural cities in the world, and it teaches tolerance and, perhaps more importantly, that we do have a lot to learn from the rest of the world. But travel an hour or two away from the city in any direction and that message seems lost.

Interestingly, these opinions were worse (or at least more loudly trumpeted) when I was a child. I think globalization and the internet helped to make the world a little smaller and soften some of these views, but the usual suspects - job security, perceptions of crime or culture or wealth inequality all fire these feelings up again. It’s not difficult to see how children who grow up in families spouting this nonsense are very susceptible to radicalization.

This article also seem relevant to this discussion: 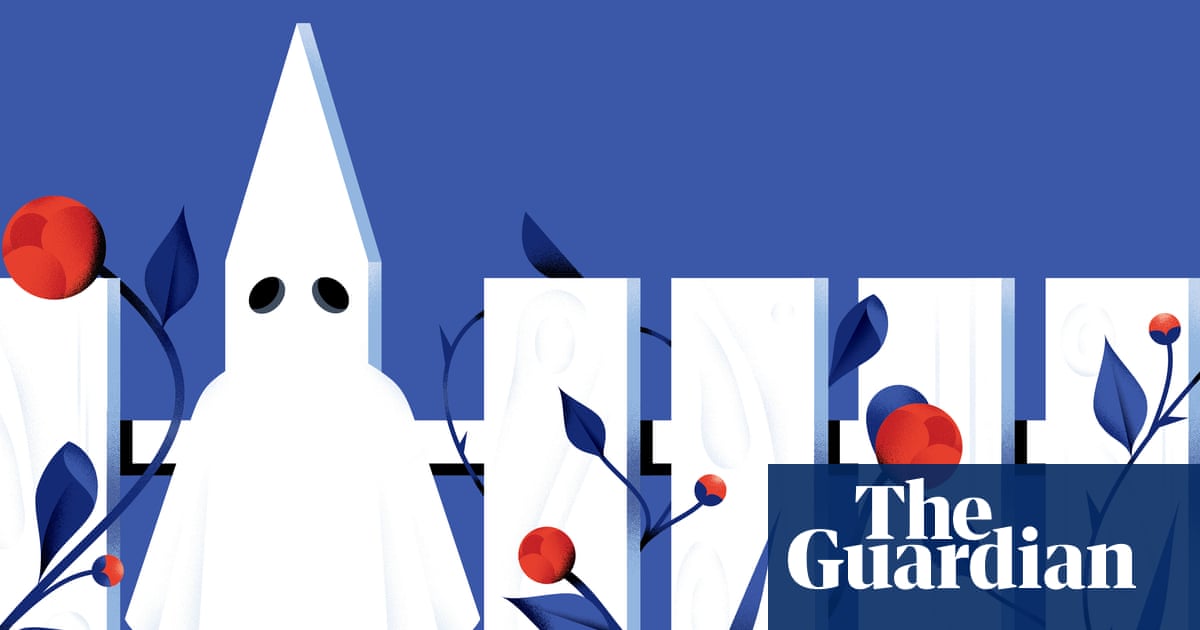 End of the American dream? The dark history of 'America first'

When he promised to put America first in his inaugural speech, Donald Trump drew on a slogan with a long and sinister history – a sign of what was to follow in his presidency

I don’t think it has any flashing imagery, but it has that giant picture at the time, as is common in lots of websites lately. I used an adblocker, so I don’t know if it has ads that are flashy either.

It’s all a twist on something people respond to: Lincoln arrested journalist that offered opposing views and took people’s guns from them in Maryland, black people are convicted of the most crimes, this novel prize winner says X on race, etc. It’s all omission with them, hell I saw one of this skinhead braintrusts arguing about how the abolishing of slavery was a cover-up to get the US off the gold standard.

i can’t believe how much like little army men those cops look.

on the one hand, funny. on the other hand, wtf. i guess the actual army has higher standards i guess?

However, for decades many folks around us have complained about how “they” don’t belong here and “they” are stealing the jobs and “they” aren’t “like us.” All the standard crap that happens when areas are diversified.

I got this from kindergarten until Grade 6 when our family moved to the Toronto burbs. My mum says we were called “the foreign family” or " the new people" the entire ten years we lived in rural Ontario. Kids at school informed me I was “white, but not that white”. I don’t want to think what it would have been like if we’d been not white at all.