Would anyone care to translate? 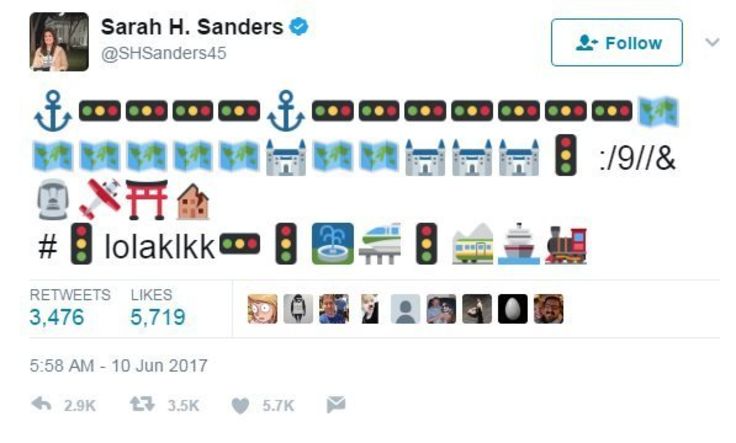 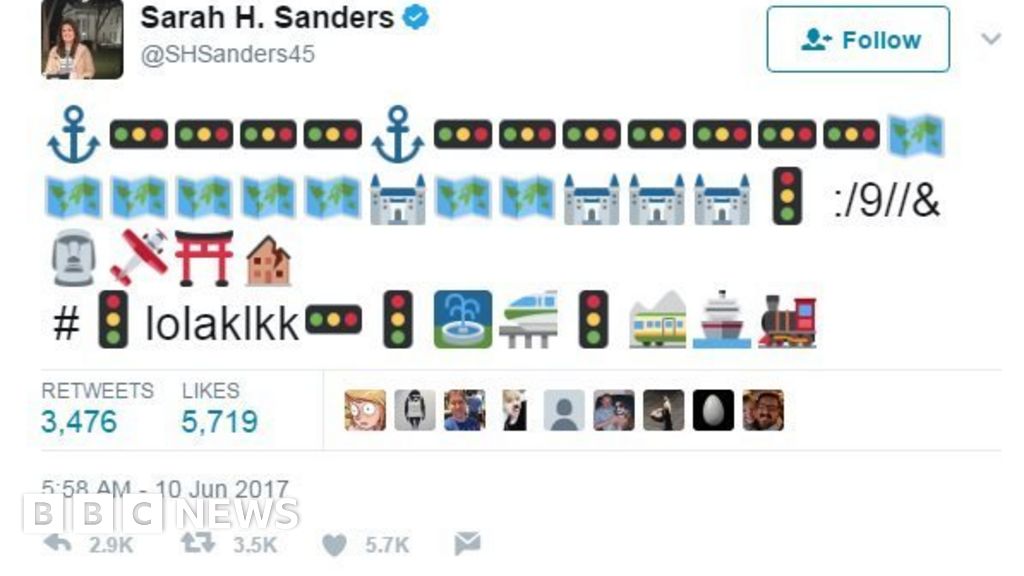 Not as bad as when Sean Spicer tweeted his password. And quite different from “covfefe,” which was explained as a secret message to Republican insiders. This instance has been blamed on a meddling child.

But what do you think it means?
And why are Republicans so careless with their devices?

But what do you think it means?
And why are Republicans so careless with their devices?

The second question is easy – because ultimately they don’t trust technology.

I would have expected a 3yo to go for the emojis they like the best. So the last 7 symbols make sense. The ones that are just stoplight repeats don’t, unless the kid was making the symbol repeat by a long press. That doesn’t work on my Android phone.

But what do you think it means?

I’m sure the President and a small group of people know exactly what it means.

That’s too coherent.
And you forgot to insult a key ally!

Don’t stop until all the undesirables are put on boats and shipped off to Easter Island, Japan, or Detroit. World domination is nigh. #lolaklkk

I think the virus that was using Brittany Spears IG account for instructions has moved.

Except this time it’s C&C for the alt-right.

it does seem careless, but not brain dead like covfefe.

anyone know who in the whitehouse is supposed to have a secure device, and whether her’s is?

asking for a friend…

Except this time it’s C&C for the alt-right.