This New MicroSD Card Can Store Over 100,000 MP3s - A Journal of Musical Things

Filtering what’s happening in music to save you time, money and effort.

or, you could avoid assumptions.

of course, if you prefer lossless to 128 kbit MP3…

There are, of course, assumptions implicit in your figures as well. I know, for example, that the music on my own drive is from more than one source, in more than one format, at more than one bit rate (higher than 128 kbit/s, often enough). This may or may not be the norm, but it isn’t going to be unusual either.

I don’t like to over-specify in back of the envelope calculations - avoids meaningless precision, eh? The result is that I’ve come up with a somewhat conservative figure of the right magnitude. The point of the calculation is that this is more music than I would listen to in a couple of decades (or longer than the probable working life of the MicroSD). YMMV.

Well, and of course micro SDs can be used for more than music. I’d probably use such a thing for a mix of music, photos, and videos (assuming my phone is willing to read a card of that capacity).

I just appreciate we can now have storage the size of my pinky fingernail that is 1,024x or so the entire hard drive capacity of my first PC – and over half the capacity of my current laptop.

I just appreciate we can now have storage the size of my pinky fingernail that is 1,024x or so the entire hard drive capacity of my first PC

You had that much?

(Edit: My first PC didn’t even have a hard drive.)

My first PC didn’t even have a hard drive.

Hard drive? Bloody privilege! In my day all we had was a magnet, a needle and a steady hand!

I got a 500g micro card but I found that transfer speeds were so slow, that I end up never using it.

I remember that at one point with the addition of an entire other box of drives we made it into the gigabyte range.

I just appreciate we can now have storage the size of my pinky fingernail that is 1,024x or so the entire hard drive capacity of my first PC

I started off with 143k floppies. If you wanted more space, you could punch a hole in the side, and physically turn the disk over.

The early 90s (probably 1990 itself). I got one of the last 286s, and it was made by Roland (the synthesiser/drum machine company).

I got one of the last 286s, and it was made by Roland (the synthesiser/drum machine company).

Knowing Roland, that means they’ll be reissuing it any day now, with an optional half-sized QWERTY keyboard. 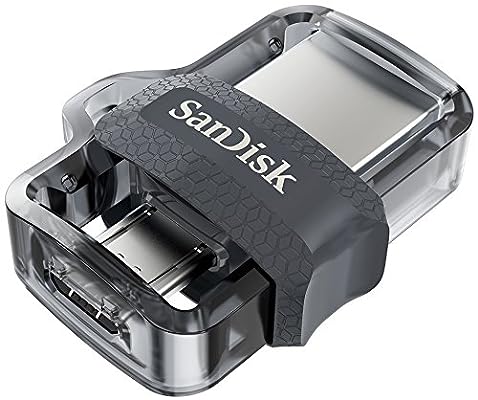 I bought the 128 GB version a couple weeks ago, when it was on sale, and it works like a dream. Depending on which end of the gadget you slide out of the case, you can connect the flash drive to the USB port on your computer, or the micro USB port on your cell phone or tablet. It makes backing up or transferring files from one gadget to another incredibly easy. I’ve swapped files from my Samsung Galaxy phone and my Kindle Fire. (They’re both on the USB 2.0 standard, but it still works.) And 64 GB for $15 is a good deal at any time.

I’m not making any money off this, I just really liked the product, and it kinda-sorta fits the topic of computer storage. But please note, I played follow-the-link from io9.gizmodo.com, so I’m not sure if the onebox still contains their affiliate link.

Neither my father nor I can get over the amount and size factor or computer storage now. Our first computer, bought while I was in college in the early 90s, had a whole 40 MB hard drive. Today, I can hold 128 GB in the palm of my hand, on a tiny little microSD chip… it’s astounding, it really is.

Ooh, that’s tempting. I have Amazon gift card money, and I love things that plug into multiple different plugs (which is one of the reasons why I have three different sets of international power plug converters).

For wireless Android to computer transfers, the AirDroid app works incredibly well. Since the PC part is web-based, it’s OS-independent on the PC side of things.

That’s like half my playlist, but I do maintain my playlist every so often to clean out the old stuff and add new stuff.

Although who in the hell listen to 3 minute songs? Whoever it is must listen to either punk or pop. Definitely not a prog rock fan.

Hmmm, special project next time I actually have some free time?

Although who in the hell listen to 3 minute songs? Whoever it is must listen to either punk or pop. Definitely not a prog rock fan.

I like songs that are short fast and punchy, not dull prog epics where you can fall asleep for half an hour and wake up to the same goddamn noodling! You can listen to an album in that time (several albums if it’s Napalm Death)!

This rant brought to you courtesy of All Prog Must Die*!!!