This place with its everyday terfism has been a lot more stressful for me than the other place with its arbitrary moderation policies. I wanted to commit to this community but: this just isn’t worth it. It’s not fun. I have better things to do than try to convince a bunch of strangers that I am who I say I am.

Drop me a PM if anyone wants to keep in touch. I’ll check back this weekend, then close out for good.

This place with its everyday terfism

Seriously? You’re seeing a daily anti-transgender undercurrent on a site which just had this excellent thread with dozens of people talking about their transgender experience? I’m not sure who or what’s causing the experiences that are pushing you away, but it’s nothing I’ve seen.

EDIT: I see the thread you’re referring to. I believe you are causing your own problems here. Good luck.

“Gender critical” is a transphobic dogwhistle that i have only seen used by people trying to justify transphobic opinions. Maybe some people weren’t aware of that, but whatever.

If it’s my fault that’s fine, I might just not be suited to this place.

But gosh those words have history, especially in proximity to “gender roles” and the idea that trans people are anti-lesbian or something. If they can’t describe what they mean by the words I have to assume that’s what.

So lemme get this straight; you’re basically accusing Missy of being transphobic?

And I’ve only seen it used by gender studies people in the “critical theory” sense. I think it may be safe to say that both are true and, therefore, important to interrogate meaning rather than assume it (especially me, god knows I don’t want to get into a good faith discussion about gender with somone who doesn’t think gender is a complex of internal experience and socialization).

That is what “gender critical” means! The gendercritical hashtag everywhere is a signpost for people looking for reasons to hate on trans people see tumblr for example. Maybe Missy means something else by it – it happens that people often use terms they’ve heard without being aware of all of the connotations of them, but they could have easily clarified if they wanted, instead of tone-policing my reaction to these words that I have only seen intended to exclude me.

I wasn’t in that conversation so feel free to ignore if this isn’t my place. For what it is worth I didn’t know that “gender critical” is a transphobic dog whistle. I’m sure other’s didn’t know as well. Since I don’t always fit perfectly in the societal definition of how to be male I would say I am critical of such made up roles (that vary around the globe and over time). To me, certain cultural behaviors being forced on individuals is unrelated to the separate issue of individuals who’s body and mind were born out of sync.

So while I have not used that term I could have easily and in my mind it would have had to do with society forcing made up norms on people and 0% about transfolks.

ETA: Your presence here is an opportunity to educate a community of people that I think would like to be supportive. I do. But there is still a lot that I am ignorant about. Today I learned something new from you that will help me be a better person.

That is what “gender critical” means!

I am not attacking you, and I’m not being hostile.

I’m trying to understand, which is why I asked a direct question instead of just automatically jumping to conclusions.

I think Missy was probably unaware of the connotation*, given her posting history as an advocate for equality for everyone. (*much like myself as I had never even heard that term before today.)

but they could have easily clarified if they wanted

Did you even give her a chance to do so, by calmly asking her to clarify what she meant?

Or did you just immediately get offended and start making assumptions based upon your own negative experiences with those who use the term as a pejorative?

As Gary stated above, even the most open-minded among us can be unaware of terms which could be considered offensive or as ‘dog whistles’; especially as considerations for non-binary gender identity is a relatively new thing in ‘civil society.’

Long story short, I think that was a mere miscommunication which could have been easily resolved just by asking specific questions and actively listening.

Jumping to conclusions is always a bad idea, IMO. 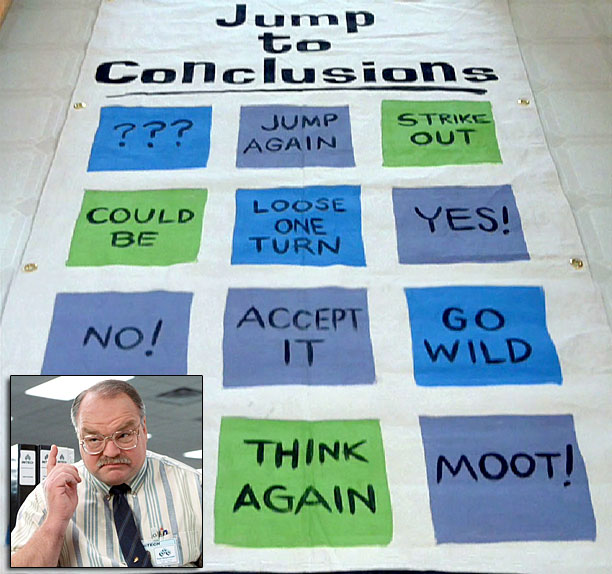 Hi everyone! It seems to me that a lot of the concerns are getting mixed up between the specific use of language and the general concern that @enceladus expressed.

From what I’m reading, I think people are generally expressing that they enjoy the conversations with you @enceladus. It appears people used some words in a way that they didn’t intend to - or maybe they did and then if that’s true I need to address that.

Even if you do choose to go, which I hope you won’t, can you share some of the specific issues - whether they are to cite conversations for language that is an issue or whether it’s more of a general concern - so we can see if we can come up with some guidelines for issues related to gender/sex/sexuality?

I hope you weren’t offended by any of my comments/questions regarding the concept of gender. They weren’t intended to advance any particular point of view, but were motivated by a genuine desire to better understand something that is largely outside of my experience. Your response contributed greatly to this and I’m grateful to you for it.

My impression of other users here is that they are likewise open to assimilating new information and generally maintaining the BBS as a safe space, but if you feel that you need to leave for your own emotional well-being, then I wish you well.

I hope you don’t leave. I had no idea this would be bubling under the surface. This is possibly one of the most obsessively open-minded spots on the internet.

I would like to apologize for causing this tempest today. While I still firmly believe “gender critical” functions primarily as a dogwhistle phrase, and have seen it almost exclusively used as such, I could have brought this up in a way that would have acknowledged others’ unfamiliarity with the term. I think that’s the pernicious nature of dogwhistles; while the targets understand the term perfectly well, reacting to masked hate language as hate language without carefully taking the time to expose it tends to backfire into people calling me aggressive, prickly, oversensitive and the like. I am glad that @MissyPants did not intend it in the trans-exclusive way it is so often used, and I’m sorry for making that accusation without extending the benefit of the doubt.

As someone who could take Olympic gold in overreacting, I understand. Especially if you are used to seeing or hearing something in a specific context.

Everybody experiences far more than he understands. Yet it is experience, rather than understanding, that influences behavior, especially in collective matters of media and technology, where the individual is almost inevitably unaware of their effects upon him.

I quote that because it fits what happens very well. The things that we experience have far deeper effects than we think we do, so when we see something expressed that we have experienced in a hurtful context, it causes us to rexperience in ways that seem odd for someone without that experience.

What it also seemed to be was a lack of understanding on both sides: from those who had never known the expression as a weapon, and your own experience where it’s never been anything but.

And I think that’s something that we all need to be aware of: sometimes we invoke things when we don’t mean to or ascribe ones that aren’t meant. Not out of malice, but simply because our experience has given us a different understanding than someone else’s.

The medium is important, too, because while we think of text as being more devoid of emotion than face to face, it’s not. A certain informational context is missing (we can’t read each others’ faces or hear tone of voice or rate of speech or a million other experienced but not consciously parsed pieces of data), it is still emotionally charged as each of us brings in our own experiences and we can’t separate ourselves from them.

TL;DR: there are some things people are always going to see things differently, due to different lives and experience. If I ever say anything that seems out of line or hurtful, please let me know, because I know my experience is limited and sometimes my mouth/fingers work faster than my brain and I may not always parse the problem.

High Five! It was nice to read the evolution of this. I don’t know if we have a manifesto (do we?) but I will do whatever I can to keep this an inclusive space. Your voice matters to me, and I see you bring much to the table with you. Thank you.

I take it you are reconsidering your intent to leave. Let me add my voice to those urging you to stay. What’s important is not whether members butt heads from time to time, but how they and the community resolve any disagreements. I’m glad to see the responses in this thread, because if the mutants here can’t deal with this sort of issue, who the hell can?

I’m a cis male, and one for whom the default mode is “oblivious”. Terms like “terfism” and “gender critical” are new to me. So if I post something dumb or insensitive, it’s not from malice. Feel free to point it out. (If you don’t, certain members here will, and I know who they are.

Yes I think I’m sticking around, but hopefully with more awareness that my cultural context is very different from some others here. A unique voice isn’t meaningful in itself if I use it to shut down other unique voices.

I say that a lot too.

Yes I think I’m sticking around

with more awareness that my cultural context is very different from some others here.

I think if I surveyed my group of liberal educated friends in Seattle if they supported trans people nearly all would say yes. If I then asked what issues trans people face, most would say general acceptance (like any other group that faces an ism) and would mention the various BS bathroom bills. And then… a blank stare. Versus if I asked about POC issues they could monologue for a good 30 minutes. So I think the intention is there but there is just a huge gap in peoples knowledge and experience. As you educate us here, each of us can take that new knowledge and help educate others.

I wouldn’t be able to monologue at all about any of these issues. They’re so complex I wouldn’t know where to start. I also know that I don’t know everything about them, and will defer when I need to.