It looks like we’re sliding towards civil war. Probably best to have one thread for this instead of scattering posts among the Nazification and other threads.

Make sure everybody you know votes. You know who the slackers are - make sure they vote.

i used to think this was pessimistic, but every day we get evidence that it’s an inevitability. it’s what the right has wanted for years now, and now they have their chance to push for it with every ounce they can, and as a bonus, they get the imaginary boogey man of ANTIFA to blame for it.

As with most Ewwtubes, I don’t expect competent dialogue, so with no expectations this sounded like an awful lot of internal expats from the military I’ve met over the years. Trying to claw their way out of the military cult. And indoctrinated more into the the cult of war-machine-magic-bullet than in the political end. At least that’s my hope for the vid. The not-the-thing patches were an adorable reveal but seriously, I don’t want to watch more than what I did. He reminds me of local antifa wannabees. Is there a point to the video and should I watch it?

He’s had a lot of good videos on what’s gong on, on Trump’s fascism, and on ow Trump is ignoring the manuals to escalate everything.

Ok. I’ll give it a try but not right now.

Fair enough. It’s probably not the best starting point if you haven’t seen any of his other videos.

Beau is actually really good to listen to. As you can hear and see, he’s from the deep south, undoubtedly raised in the same (or similar) conservative Republican background as me. And other people from similar backgrounds are his main target. But he always calls something out worth thinking about. And clearly, the way he’s thinking isn’t the way that those of us who grew up down there were taught to think about things.

I think this episode is a bit different, it’s substantially longer than most, and he actually seems a little scared (which concerns me), but he has some important things to say. And as always with his posts, it’s about getting you to think about things yourself, instead of just taking someone else’s word, including his own.

If you want a lighter introduction, maybe try this one from a couple weeks ago about economics (it happens to also be an unusually long one, but it’s worth the time)

Severe shakeycam, and I can’t make out what happened, but 2 gunshots in the Portland incident:

A Portland livestreamer captured a fatal shooting near a protest. This is...

And… Pharyngula is down atm. Scary stuff, inappropriate reactions in normal times gets normalized until the fascists get the social-media-directed purge that they want. 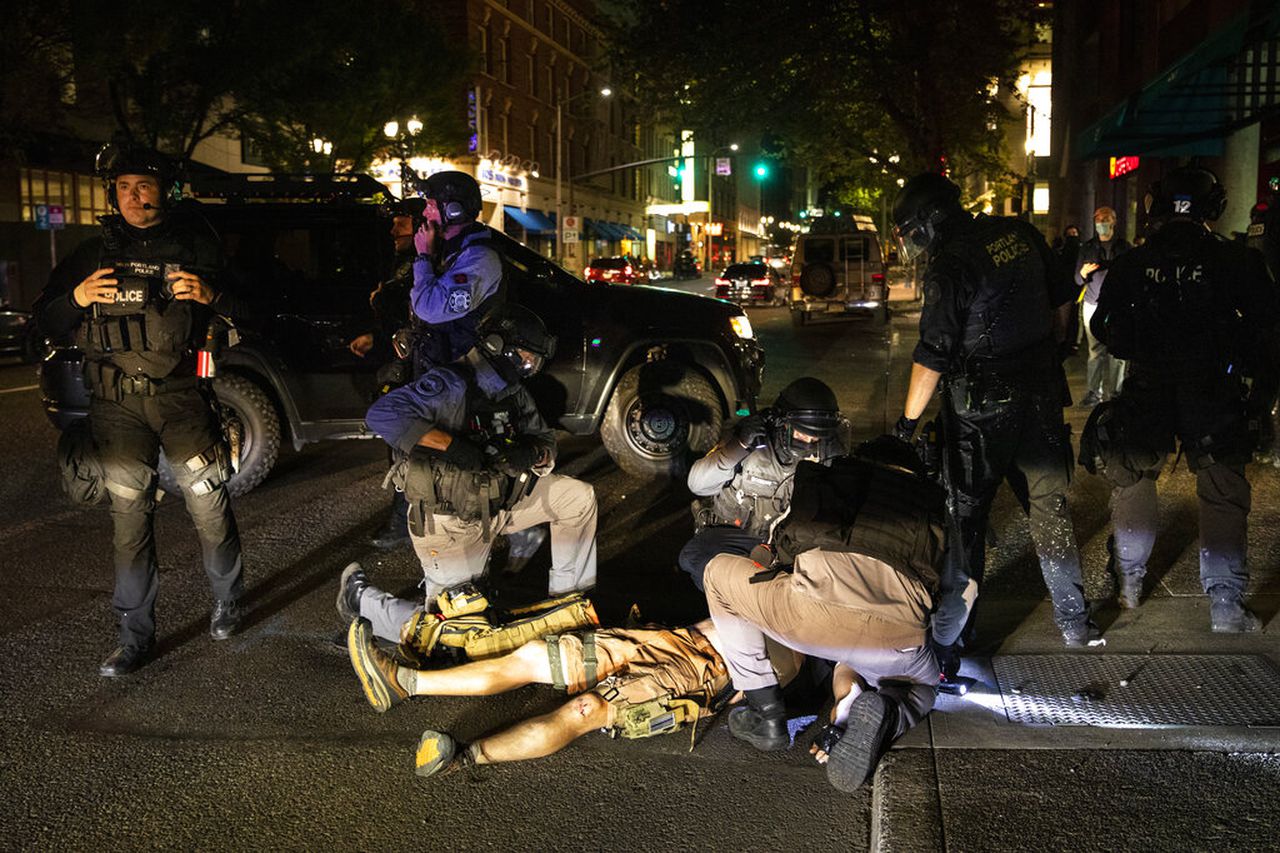 Man under investigation in fatal shooting after pro-Trump rally allegedly...

Michael Reinoehl was accused of carrying a loaded gun to an earlier Portland protest. 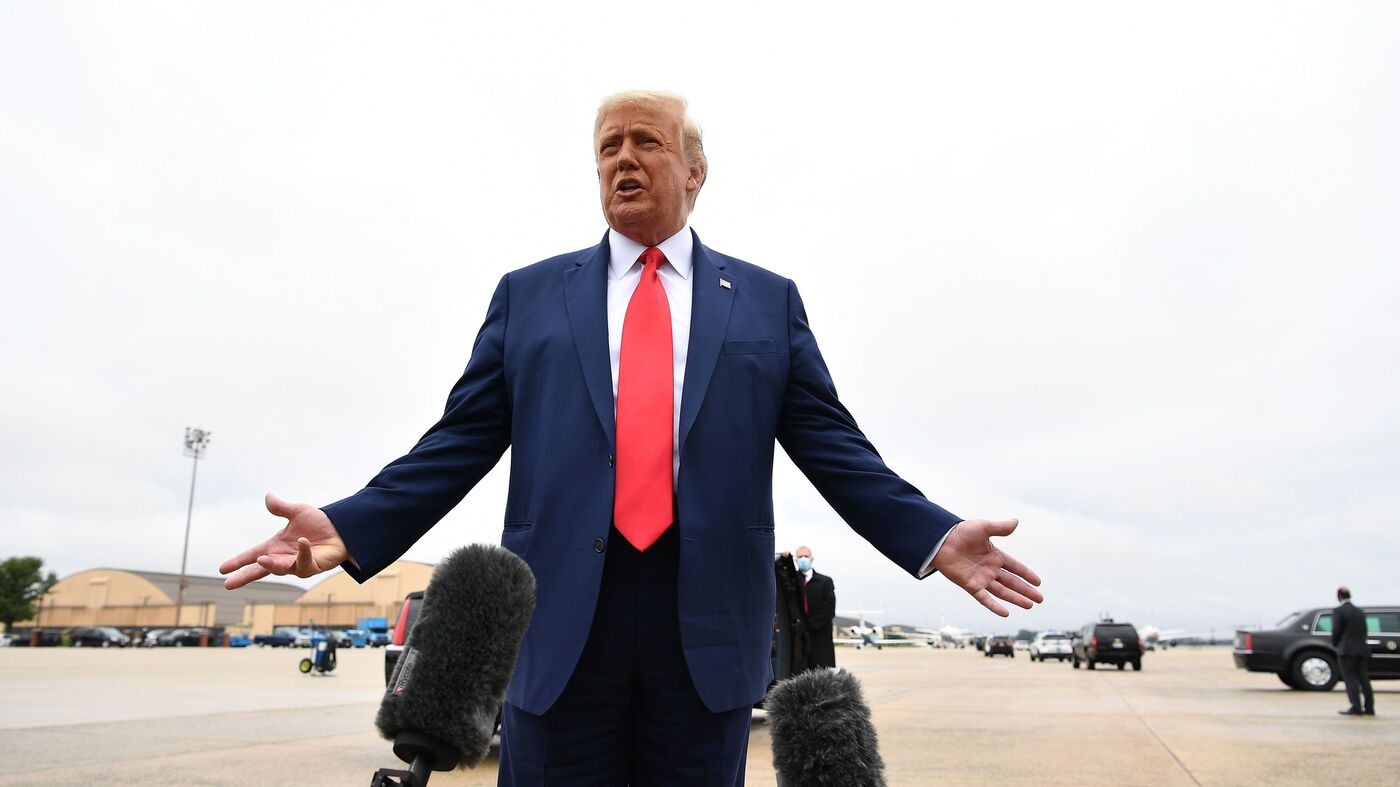 The president went to the Wisconsin city where 29-year-old Jacob Blake, a Black man, was shot and seriously wounded by police and where two people were shot and killed in subsequent unrest.

["]You know there’s a whole big thing there, but they choke. Just like in a golf tournament, they miss a 3-foot putt."

…but not seven 1-foot shots.

All of what’s going on because of the current POTUS doesn’t have me thinking, “I want to kill myself”, or “I want to die”; no, I’m on “I want to commit suicide” now.

I mean, I’m NOT going to; my conscience, which must be stronger than the gravitational pull of the sun, prevents me from it. But GEEZ!

(the first trigger I had for this was the extended interview w/Colbert and Pelosi, when they started going over what’s wrong due to the bungling of the current POTUS. and then it was, “I want to commit suicide NOW.”)

“Shooting the guy in the back many times,” he said, “I mean, couldn’t you have done something different, couldn’t you have wrestled him? You know, I mean, in the meantime, he might’ve been going for a weapon. You know there’s a whole big thing there, but they choke. Just like in a golf tournament, they miss a 3-foot putt.”

What the fuck? Is that really the best our country can do - someone who puts people’s lives in terms of mini-golf? Not even a quiet internal voice, but the voice that he thought was appropriate to share with the world?!

I feel this has already been posted somewhere. 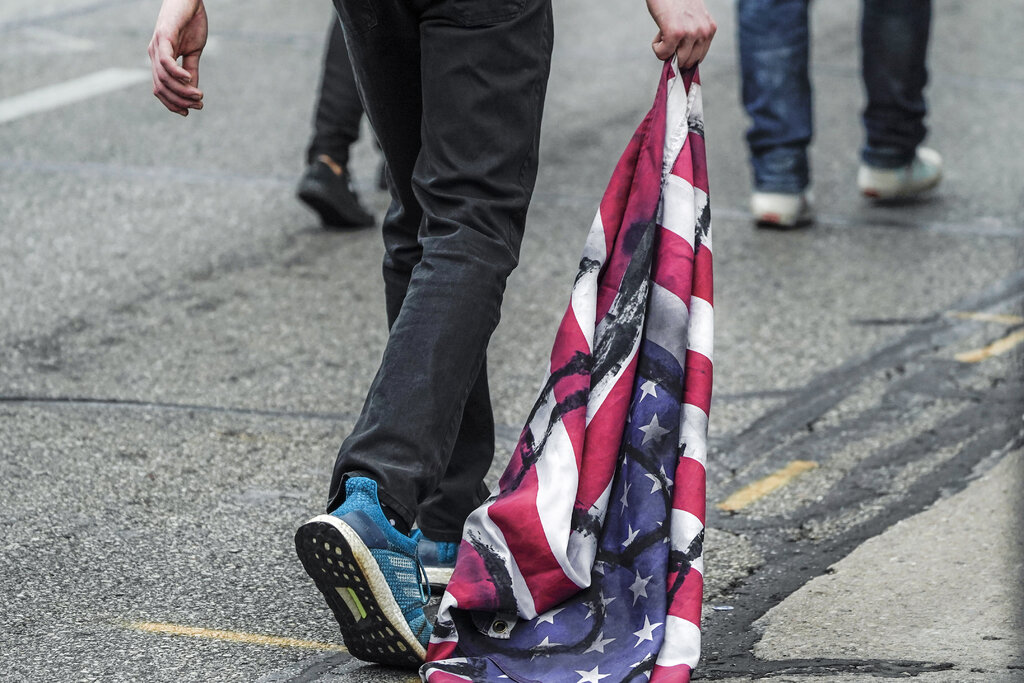 Opinion | I’m Doomsday Prepping for the End of Democracy

Even if Trump loses, there’s no guarantee we’ll make it to the other side.

So the alleged Portland shooter claimed self-defense. He won’t be able to make his case in court, since he was killed by the police.

What We Know About the Deadly Protest Shooting in Portland

On Thursday, law enforcement agents in Washington reportedly killed Michael Forest Reinoehl, the suspect from the homicide at the Portland protests.

"I could have sat there and watched them kill a friend of mine of color. But I wasn't going to do that."

The aesthetics of blood worship:

Death and surrender to power in the clothing of men. 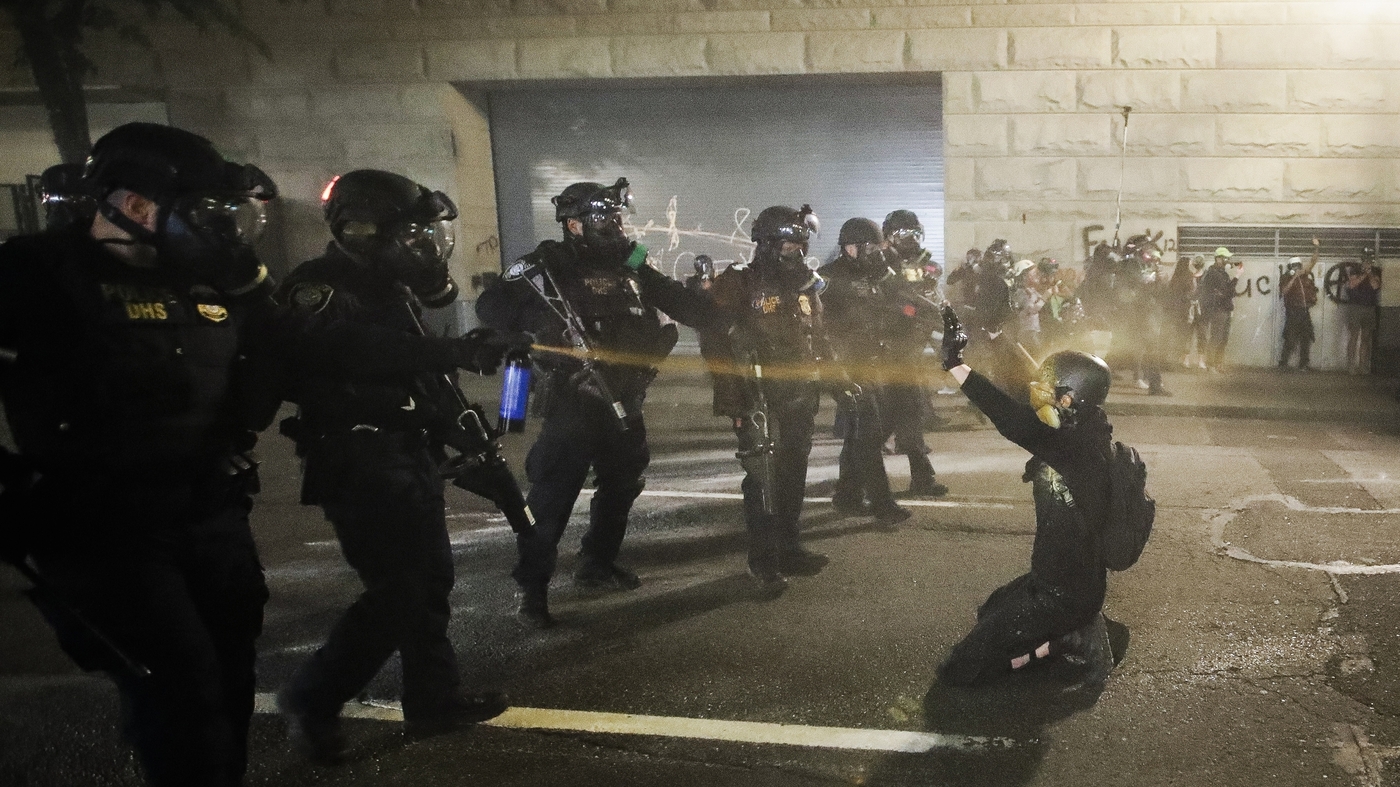 Review Of Federal Charges In Portland Unrest Shows Most Are Misdemeanors

That finding by NPR is in stark contrast to the Trump administration's description of the Oregon city as being under siege by radical leftists.