i was talking about this over in the immortality thread and i did not notice a similar thread anywhere else.

what led me to start this thread has to do with the fact that this afternoon i have spent the past 2 hours or so peeling and chopping 8 kilos of fresh field tomatoes provided to me at no cost by an acquaintance who is a friend of my mother’s. my wife has been picking through cilantro as has my younger son who has also been chopping poblano peppers and grating some large white onions. (strangely enough, the system just told me topic was similar to a pre-existing topic about chelsea manning, which amuses me).

i am making salsa today. the poblanos along with two chopped jalapenos which have been scrupulously de-seeded and deveined will form the basis of all the rest of the salsa we make today. in this form along with lime juice and apple cider vinegar to acidify the mixture and some simple seasonings like ground ancho chili powder, cumin powder, salt, black pepper, and sugar will be the mild version. i will add a multitude of chopped jalapenos much less scrupulously reduced in heat for the medium, and then a multitude of chopped habaneros for the hot version.

i encourage anyone with any skills along the lines of the topic title to share and comment as the like. i’ll post some photos of the process and the product as time permits later. i decided to take ten once i got the tomatoes processed and cool off.

A channel I’ve been watching lately… 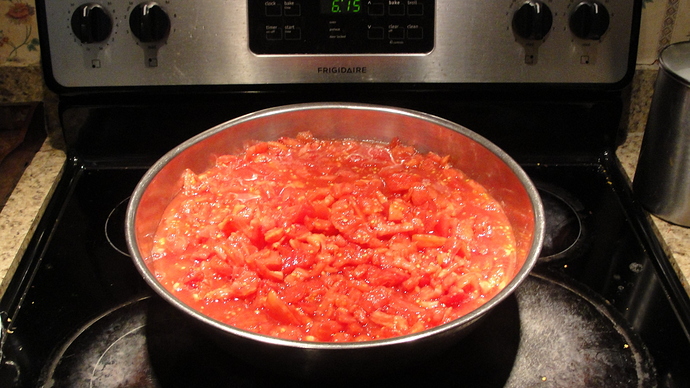 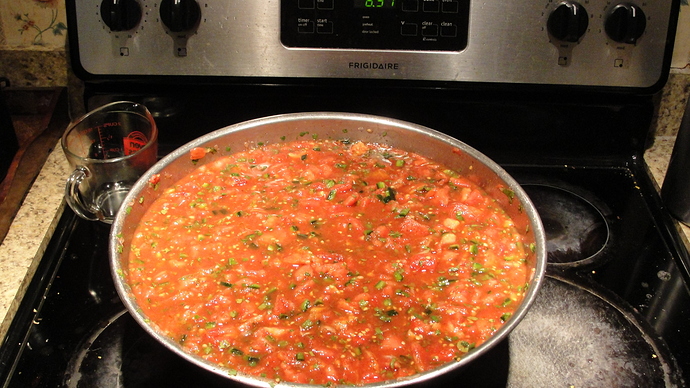 This gravy is excellent. But put in even more mustard seeds than it calls for. 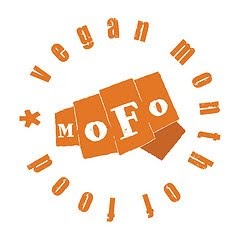 If you're collecting fabulous gravy recipes, (and you are, right? Vegan Month Of Gravy isn't going to be around much longer!) this is one r...

this is my canner heating up alongside sufficient mild salsa heating up so i can do up 3 or 4 pints. my mother is the only person who is so spice challenged as to need this version. 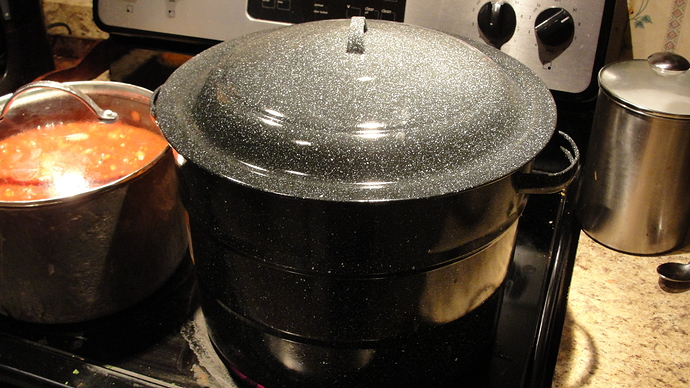 i’m not a huge fan of chick peas but that recipe intrigues me. if you added some chopped green chiles to the recipe i think it would make a decent sauce for enchiladas. maybe replace the mustard seeds with whole , toasted cumin seeds.

and yes, i’m posting this while i wait for water to boil O_O

Maybe so! I always have it on mashed potatoes, but I gather those may not be your favorite thing.

I love that channel. Have you tried the fried chicken recipe? It is the best fried chicken I’ve ever had. That batter made with white wine is incredible. If you go easy on the cloves in the marinade, you can boil it down with some sugar and make a tasty syrupy sauce to pour on your chikkinz (too many cloves and it makes your dinner taste like toothache medicine).

I’m part of a canning club this summer (make six jars, come to the swap meet, go home with six jars of different things). So far I am completely stumped as to what to make.

Peach jam. I want peach jam. But I’ve only ever made the freezer kind. 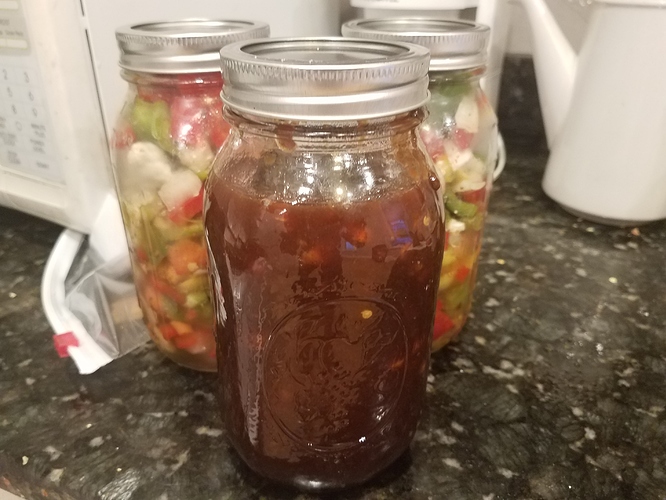 Have you tried the fried chicken recipe?

The chicken does look nice, but what I’ve mostly been interested in is the thought of DIY bushwalking food. Pemmican, ship’s biscuit, portable soup, etc.

What do you put this on?

And is probably still good to eat. When I toured the Cutty Sark in the mid-90s, the guide was a WWII vet who had served in the Navy. He told us when he first enlisted in '39, their rations included biscuits left over from the Great War.

Imagine eating a baked good older than you are.