The other day I drove by a wine delivery truck. Plastered across the side was this Banksy image. 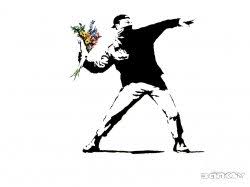 Instead of the flowers, they replaced it with a wine bottle.

I only saw it in passing so I didn’t get the name of the company. I think they were trying to be edgy but all I feel is anger.

Are we certain it wasn’t a Molotov and not just a wine bottle?

Can we find the truck and make sure it IS a Molotov?

Can we find the truck and make sure it IS a Molotov?

*cue images of taping or supergluing a big molotov to the side of the van. Bonus points if it’s rigged with effects to look like it’s lit while the van’s driving around…*

It has been a known issue for at least 50 years

Recuperation, in the sociological sense, is the process by which politically radical ideas and images are twisted, co-opted, absorbed, defused, incorporated, annexed and commodified within media culture and bourgeois society, and thus become interpreted through a neutralized, innocuous or more socially conventional perspective. More broadly, it may refer to the cultural appropriation of any subversive works or ideas by mainstream culture. It is the opposite of détournement, in which imag The conc...

My first experience with this is in the 80s. I was passing by a department store window and they had “Pillow People.” The punk one caught my attention. 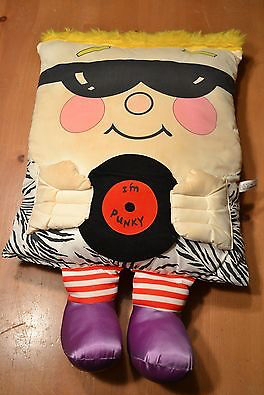 At least put a safety pin through the nose.

Sorry. Got to go put on some Black Flag now…

I found the wine truck. The photos are blurry because I was across the street while the delivery man was unloading. Rat holds wine glass. Man pulls back curtain on vineyard. 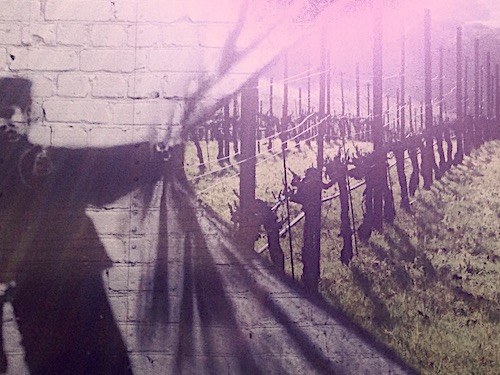 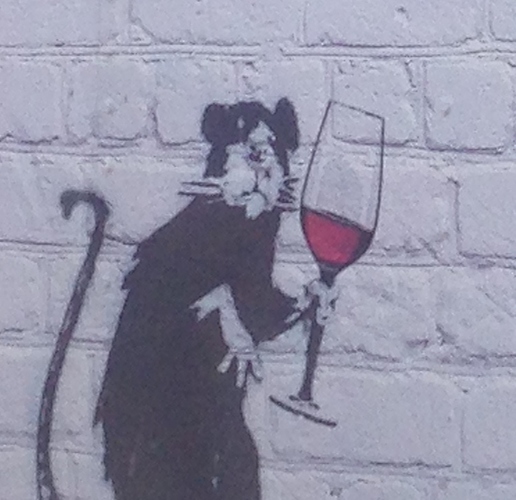 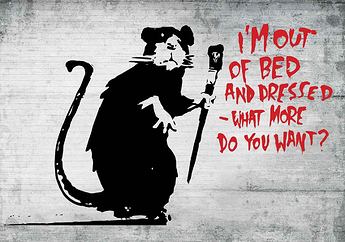 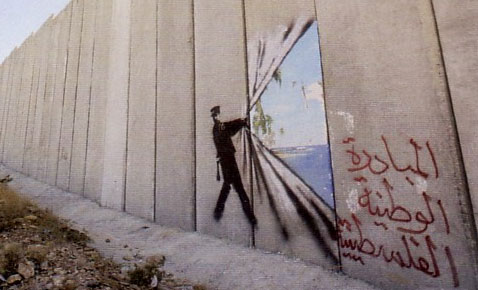 The revolution will be televised. On pay per view.

My adult daughter has a half of a set of angel wings on her hand that matches with a set of wings of her ex-boyfriend. Hormones and permanent ink are a bad combo.

I’m sorry to hear that. It sounds like a truly bad idea.

I have remained ink-free not so much due to a dislike of tatoos but knowing I couldn’t commit to anything for that long.

Grifter can’t resist. Yes, I believe Avenetti is out for himself. There’s just too much competition on the other side.

🚨HEADS UP🚨 @BetoORourke does NOT accept PAC money. None. Michael set up this link so 50% of your donation money (which is RECURRING) goes to him and NOT to Beto’s campaign. To support @BetoORourke, donate to his campaign DIRECTLY: secure.actblue.com/donate/beto-ho… Thanks! #TeamBeto twitter.com/MichaelAvenatt…
10 Likes
nimelennar October 12, 2018, 2:29am #16

Yeah, I change personality traits by the hour; expecting something to still be relevant to me decades from now is a bit much.

Plus, I’m an “ain’t broke don’t fix it” kind of person when it comes to my body, and I fail to see what might be broke that a tattoo would fix.

I agree – what I like now might not what I like next week, much less in 20 years. But I just don’t like the colors eithers – there’s something about having light having to go through the skin that gives the typical tattoo a sickly look. Though maybe that’s been solved by now, but I’m not interested enough to investigate.

Of course if I were 40 years younger I’d probably have a few . . . . You should see pictures of me with >shoulder length hair.

Speaking of the normalization of transgressive signifiers, I think it’s interesting that within my lifetime (more-or-less), tattoos went from something you only got in prison or the navy to something you can get at a wedding reception as a party favor.

I have remained ink-free not so much due to a dislike of tattoos but knowing I couldn’t commit to anything for that long.

Depending on how you look at it, they don’t necessarily have to be a big commitment.1 Sure, the ink is going to hang around a while, but size, placement, and design can go a long way towards mitigating the risk of regret. Just because tattoos are meant to be seen doesn’t mean you can’t pick your audience.

1 – I say this as someone who once shopped diligently for months for a new couch and finally just bought the cheapest, simplest one I could find because I couldn’t settle on any one of the pricier ones I really liked but wasn’t sure I liked quite that much even though they were within my budget.

when it comes to my body, and I fail to see what might be broke that a tattoo would fix.

Your memory. Haven’t you seen Memento?

Seriously though, because of their semi-permanent nature, a tattoo chosen for symbolic (as opposed to purely decorative) reasons, can almost sort of physically fix in time a significant life event. For example, I know a couple who got complementary tattoos on their ring fingers when they got married. It’s sounds cheesy in the abstract, but I found it surprisingly touching in this particular case. People always say they’ll regret it if they ever break up, presumably because it’ll remind them of what they’ve lost. But it seems to me that it could just as easily remind them of what was good about what they had.

In any case, I’m not trying to talk anyone into getting a tattoo, just to be clear.

Your memory. Haven’t you seen Memento?

If I got a tattoo to remind me of everything I might otherwise forget, they’d have to be in such small font and so closely spaced that I wouldn’t be able to read them.

Seriously though, because of their semi-permanent nature, a tattoo chosen for symbolic (as opposed to purely decorative) reasons, can almost sort of physically fix in time a significant life event.

That’s just it. I can’t think of a moment that is so integral to my identity that it should be represented on my skin. Especially when my identity itself seems to be impermanent.

File under: same as it ever was.

These days it’s all about social media and twitter protests

, but back in the day, if you wanted to fight the man, you had to buy the t-shirt1. You know, just in case you ever needed to impress some politicians while you were having dinner with the president. 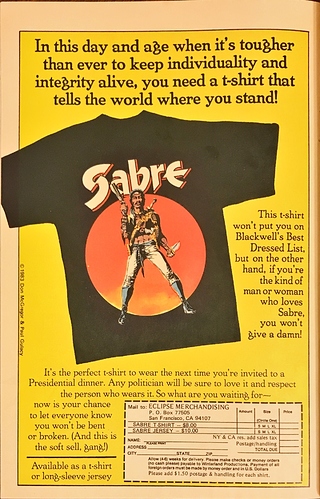 A bit of context: this comes from an independent comics publisher in the early 1980s, when that sort of thing was comparatively rare. As far as I can tell, they regarded themselves sort of as industry rebels, willing to tell the kinds of stories that the mainstream publishers wouldn’t touch.

I get that they’re just trying to make a buck or two from their art, and I don’t begrudge them that, but it’s depressing to be reminded of just how common and long-standing this sort of “co-opting the resistance” has been. One of the things I most loathe about the advertising industry is how reliably and effectively they subvert genuineness and authenticity in pursuit of selling fractionally more worthless shit.